A week before world leaders gather to address strategies to meet UN Millennium Development Goals by the 2015 deadline, a new analysis is spotlighting the need for a more 'holistic' approach. 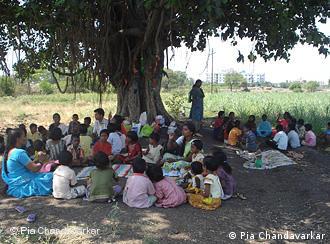 The report cites connections in education, gender and health goals

The drive to achieve eight key United Nations objectives on issues ranging from poverty to primary education – the Millennium Development Goals – kicks into high gear next week, as member states meet to address their plan of attack for the next five years.

Meanwhile, the potential that the international community could fail to reach those targets ahead of the 2015 deadline is "very real," according to a UN report issued in the run-up to the summit, which takes place from September 20 to 22 in New York.

Yet according to a new assessment by academics from the London International Development Centre, the absence of synergies between the MDG is complicating efforts to achieve them.

In its analysis, published online today by the Lancet, a medical journal, the LIDC Commission suggested the global development agenda after 2015 should be based on a "more comprehensive concept."

"We found that the core challenges relate to reducing gaps and fragmentation in the MDG, enhancing their integration, improving targeting and indicators, and ensuring equity and ownership," the report read.

As part of the project, a cooperative effort involving the Lancet and LIDC, a six-college consortium through the University of London, commission authors set forth five principles that should inform future global development benchmarks once the MDG deadline passes. 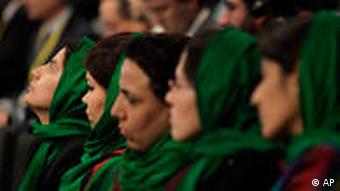 Pitfalls to the 'patchy' approach

Yet with five years to go, progress on these eight targets, which were defined after UN member states adopted the Millennium Declaration in 2000, was described as "uneven" in the UN report released ahead of next week's summit.

"Without additional efforts, several of the Millennium Development Goals are likely to be missed in many countries," the document read.

The LIDC Commission blamed this variability on the trend toward breaking down targets into smaller goals that are less complex to implement and monitor. The report said the current focus on specific targets has left plenty of ground uncovered – and ignores the benefits of adopting a more "holistic" approach to development work.

"When it comes to this issue, 'synergy,' those gaps made it difficult for certain goals to interact in a positive manner," said Jeff Waage, LIDC director and lead author of the study.

In an interview with Deutsche Welle, he cited the nexus between better education and better health as a key example. Under the MDG, the two issues are treated as separate entities: The second goal identifies universal primary education as the objective, whereas three other targets focus on child survival, maternal health and fighting disease.

Waage said the "patchy" approach does no favors to the UN's development agenda – and that higher benchmarks for education could encourage better implementation of the MDG health objectives. 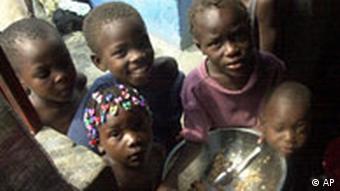 The UN aims to eradicate extreme poverty and hunger by 2015

In reality, the international community has a long way to go toward achieving the Millennium Development Goals by the deadline. UNESCO data showed that the drive to increase child survival outlined in the fourth MDG is not on track to meet goals set for 2015 in 52 out of 68 "priority countries."

Meanwhile, "progress on environmental targets" – the seventh MDG – "has been virtually non-existent," according to the Commission – even in the face of substantial headway on improving access to clean drinking water and sanitation gains.

"I think the basic pattern is that very few of the goals will have been achieved," Waage said, though he acknowledged enormous progress on some fronts.

Consolidating that progress would require a broader strategy, according to the Commission. In the area of health, for instance, Waage advocated an approach based on comprehensive health "systems" instead of singling out certain diseases.

Anne Mills, one of the report's co-authors and a professor at the London School of Hygiene and Tropical Medicine, said the development of "pigeonholes" regarding health-related MDG was problematic – and the existence of separate objectives for maternal health, infant survival and disease control fails to exploit clear synergies.

"There are obvious links, for example, across mothers and children," she said. "It's very important to emphasize continuity of care."

Meanwhile, other gaps in the development agenda remain: The report pointed to agricultural targets as one of the biggest blind-spots in the MDG, particularly in light of data indicating that poverty disproportionately affects rural farmers. 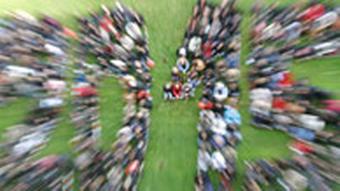 The Commission outlined principles to guide development after 2015

Yet the lack of coordination is reflected on an institutional level, as well – with some inefficiencies stemming from competition between UN agencies for funding.

Though some issues have attracted plenty of attention, others lack effective national or international entities to champion the cause.

"There were great holes, where nobody jumped in," Waage said. The Commission defined this "ownership" issue as another area for potential improvement, both on the national and international level.

The central challenge stems from a disconnect between national interest and international objectives. The report noted that a country's own priorities might not always be in step with the MGD on certain goals – particularly gender equality.

But the gender issue knows no bounds: Commission co-author Elaine Unterhalter of Institute of Education in London told Deutsche Welle that women's issues are crucial to achieving the MGD; saying it is impossible to "corral" and limit to a particular goal because there are gender dimensions on issues ranging from poverty to health.

"Gender is a kind of glue that brings together all the goals," she said. 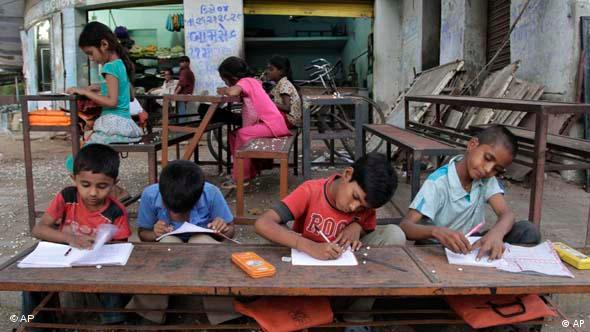 Equitable achievement for everyone

More broadly, the Commission said that while the approaches meant to achieve the MDG might improve the plight of certain sectors of the population, they could simultaneously lead to a less equitable status quo overall.

"There is, we think a tendency to achieve that by reaching out to those just below the threshold and pulling them over," Waage said.

Without a "pro-poor strategy," the result is a larger gap between those above and below the benchmark – an improved average, but less equity.

Viroj Tangcharoensathien, director of the International Health Policy Program in Nonthaburi, Thailand, and one of the report's authors, said looking beyond broader statistics is key.

"The national average does not give you of full picture of what happens on a sub-national level," he told Deutsche Welle.

It also underscores the need to move beyond traditional approaches, according to Unterhalter:

"In some countries, to reach the last 10 percent, you can't just do 'business as usual,'" she said.

A United Nations report says its drive to halve global poverty by 2015 was slowed down by the food and economic crisis, but momentum remains intact. (23.06.2010)

African leaders warned that the financial crisis hitting advanced economies was no reason to slash foreign aid commitments to Africa, which is in danger of falling far short of a series of UN goals. (23.09.2008)