In early 2020, following a long international investigation, a Dutch court will seek to prosecute four individuals over the 2014 air disaster that claimed 289 lives. None of the accused are expected at the trial. 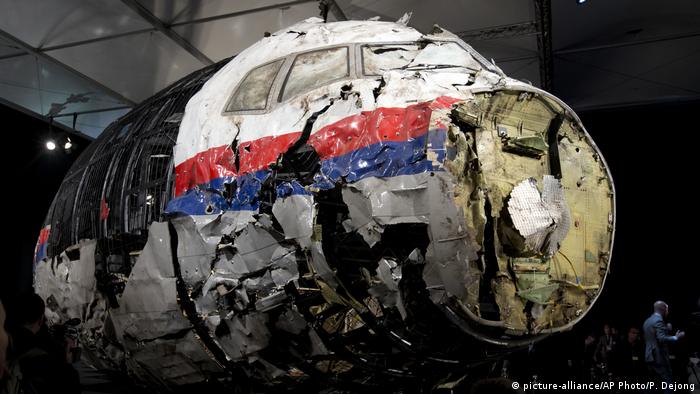 On July 17, 2014, a Malaysian Airlines flight was en route from Amsterdam to Kuala Lumpur when a BUK anti-aircraft missile brought down the aircraft over eastern Ukraine at 4:20 p.m. local time.

Experts from the International Joint Investigation Team (JIT) led by the Netherlands concluded that the missile was launched from the Donbass region in Ukraine, an area controlled by pro-Russian separatists.

The investigators believe there to be sufficient evidence proving that the missile system was brought into Ukraine from Russia — accusations that Moscow denies. To date, no one has been held responsible for the deaths of the 298 people on board.

On March 9, 2020, court proceedings are to begin in the Netherlands — because the majority of victims were Dutch nationals, authorities there are leading the investigation.

Officially, the case was filed at the district court of The Hague, but as such a large trial cannot be conducted there, the actual hearings will take place at the Justice Complex in Schiphol, near Amsterdam, close to the airport where MH17 departed.

The Hague district court should not be confused with the International Criminal Court, also located in the city. At the UN Security Council, several countries, including the Netherlands and Australia, called for an international tribunal to preside over the MH17 case; UNSC member country Russia vetoed the resolution.

As a result, the countries whose citizens lost their lives decided to initiate criminal proceedings in the Netherlands. This means that the language used during the trial will be Dutch. However, the judges may also hold some of the hearings in English.

The courtroom will likely not be able to hold all those who would otherwise attend the trial. Owing to the exceptional circumstances, the Dutch authorities have also decided to allow a live broadcast of the hearing.

Another legal exception will also apply to the accused, even though their participation is not expected. If, however, they are willing to testify, they would be able to do so via video conference.

Who is on trial?

So far investigators have identified four suspects, three of which are Russian nationals. According to investigators, Girkin (codename "Strelkov”) is a former colonel of Russia's Federal Security Service (FSB) and was the highest military commander of a rebel group in eastern Ukraine's self-proclaimed Donetsk People's Republic at the time of the incident. Sergey Dubinskiy was employed by Russia's military intelligence agency GRU and Oleg Pulatov was a former soldier of the Russian special forces, Spetsnaz-GRU. The fourth suspect, Leonid Kharchenko, is a Ukrainian national who was in charge of a combat unit in Donetsk.They have denied all accusations of guilt.

According to the JIT, more suspects could be named by the year's end, including four men who are believed to have transported the BUK missile system across the Russian-Ukrainian border and the still-unnamed caption of the Russian 53rd Anti-Aircraft Missile Brigade, who is thought to have commanded the crew. 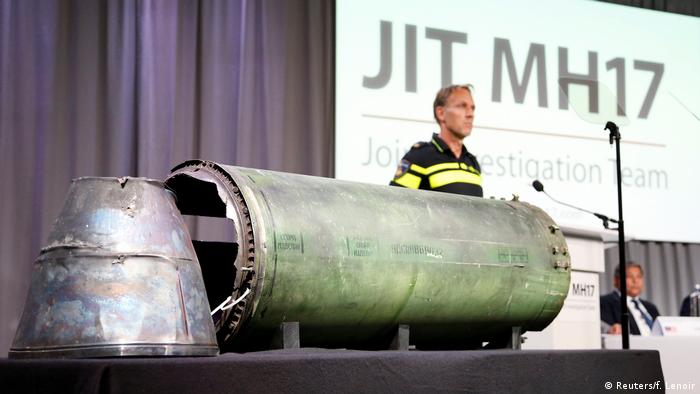 Is there enough evidence?

According to JIT, there are witnesses of the missile launch and remnants of it have been identified in the wreckage. There are also said to be satellite images and radar data, as well as photographs and video footage showing the transport of the Russian missile system to the site from which it was eventually launched. There are also recordings of intercepted phone calls between the suspects.

Dutch chief investigator Fred Westerbeke believes Russia's involvement to be proven. But German lawyer and aviation law expert Elmar Giemulla considers the evidence "weak." According to Giemulla, the use of telephone recordings to prosecute is problematic as it would be difficult to prove to judges that the voices in the recordings are those of the suspects.

What part has Ukraine played?

Giemulla represents the families of four German victims of the crash, who are suing Ukraine before the European Court of Human Rights (ECHR) in Strasbourg. The families say the Ukrainian authorities are partly to blame for the deaths of the passengers. They accuse Kyiv of not doing enough to ensure the safety of those on board. If the government had closed the airspace over the conflict zone in eastern Ukraine, they say, such an accident would not have happened.

This lawsuit was filed in 2014. However, to date, the Strasbourg court has yet to confirm an investigation into the claim other than stating the application is being dealt with under "confidentiality." Ukraine rejects any responsibility for the fate of MH17.

What legal actions are still pending?

Russia must respond by early autumn to two class-action lawsuits filed with the ECHR on behalf of 380 relatives of victims. The plaintiffs accuse Russia of violating the victims' right to life and say that Russian authorities did not do enough to investigate the circumstances of the crime.

The Kremlin continues to deny any involvement in the tragedy. It is believed that the BUK missile system used to shoot down MH17 is likely still being held at the Russian army's 53rd Anti-Aircraft Missile Brigade in Kursk.

A Boeing 777 passenger jet was destroyed above Ukraine conflict zone in 2014, with all 298 people on board losing their lives. International investigators blame pro-Russia rebels, and have started naming suspects. (17.07.2019)

Strongly supported by the US, the Dutch and Australian governments are holding Russia legally responsible for downing the Malaysia Airlines flight in 2014. Officials say they may take the case to an international court. (25.05.2018)