FIFPro: One coronavirus case could shut Bundesliga season down

As the Bundesliga waits for German politicians to sign off on its plans to restart, the general secretary of global players' union FIFPro has warned that one coronavirus case could stop any restart in its tracks. 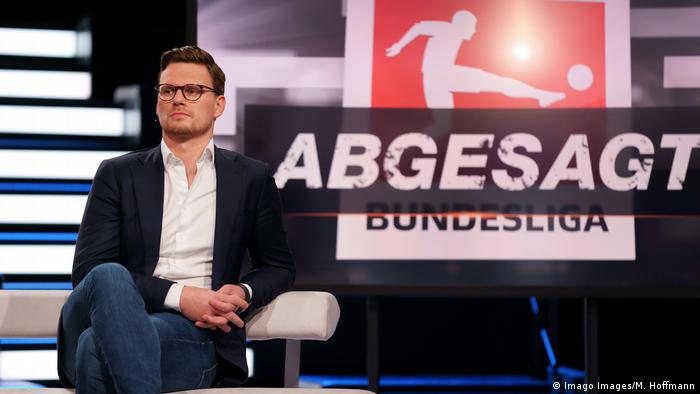 In an interview with DW, Jonas Baer-Hoffmann said the 10 positive tests announced by the German Football League (DFL) after its first round of testing raised "questions and concerns within the player group."

The reason being that under the league's hygiene concept, clubs are not automatically required to quarantine their entire squads in the event of a positive test. The decision for that rests with local authorities in Germany and varies from state to state.

"It's a tightrope exercise that we're going through right here," said Baer-Hoffmann. "The risk, of course, increases the moment we enter into training of the full group and when we start playing games. Essentially one case that is found too late or shows a risk of more people being in contact with that player could shut the whole system down very quickly. So we need to tighten up these measures a little bit more."

Football in Germany has been suspended since the middle of March because of the coronavirus pandemic. But with the country seemingly handling the pandemic better than its European neighbors, DFL officials have been pushing toward a return to action. At stake is around €300 million ($325 million) in outstanding TV revenue, which some clubs in Germany's top two divisions say is necessary to guarantee their survival.

Teams have been training in small groups ahead of the potential restart, while still trying to adhere to social distancing measures. And although they will be able to train in full once two rounds of testing have successfully been navigated, many have queried how footballers can stay safe when playing a contact sport. 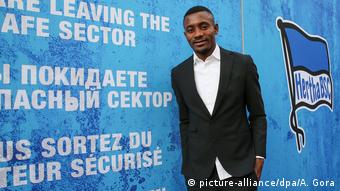 Salomon Kalou was suspended by Hertha Berlin for his live video

Not an isolated concern

Baer-Hoffman says a "large number of players" have approached his organization with concerns. He suggests that the league and clubs should communicate more effectively with their charges and better include them in discussions.

The DFL set out its extensive hygiene concept last month, which envisions matches being played behind closed doors and stadium access limited to a maximum of 322 people for top-flight Bundesliga games. Teams won't be allowed in the tunnel together, and players will have to forgo pre-match rituals such as handshakes and group photographs.

The fallibility of those delicately laid plans was exposed on Monday, when Hertha Berlin suspended their forward Salomon Kalou for breaking coronavirus rules during a video he posted on Facebook Live. In a statement released before the Kalou incident, the DFL said it was up to individuals to comply with the guidelines, with the tests providing "additional security."

"In the coming weeks and months, it will continue to be a matter of consistently implementing the agreed measures in both everyday club life as well as in the private sphere," the statement continued. 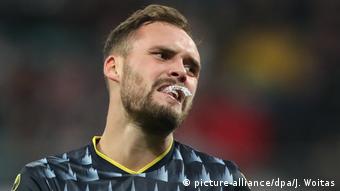 Birger Verstraete's case has resulted in questions about player concerns

Germany has catching up to do

Details of the first wave of results emerged at the end of last week, when Bundesliga side Cologne revealed that three people – thought to be two players and a physio – had tested positive for the coronavirus despite not showing any symptoms. That led the club's midfielder Birger Vestraete to air his worries in an interview with a broadcaster in his native Belgium.

But according to Baer-Hoffmann, the way Verstraete was then forced to backtrack on his comments illustrates the challenges players face if they question whether it is appropriate to play at the moment. The FIFPro general secretary says Germany has "some catching up to do" when it comes to representing the voice of the players.

"They clearly have a right to express those views," Baer-Hoffmann said. "They don't just need to go with the flow of what's expected of them. It's a very particular situation now, and everyone has a responsibility to manage this crisis together. Unless the players are brought on board with this, we will have real problems moving forward."

Given much of the sports world will be looking to Germany for answers as to how to resume their leagues and competitions in a safe and practical way, it won't just be German football watching what the politicians decide on Wednesday.