How Bundesliga clubs are training during the coronavirus pandemic

Almost all of the Bundesliga’s clubs are training again, under strict security protocols, despite the coronavirus pandemic. However, it’s still not business as usual. DW takes a look at the key questions facing clubs. 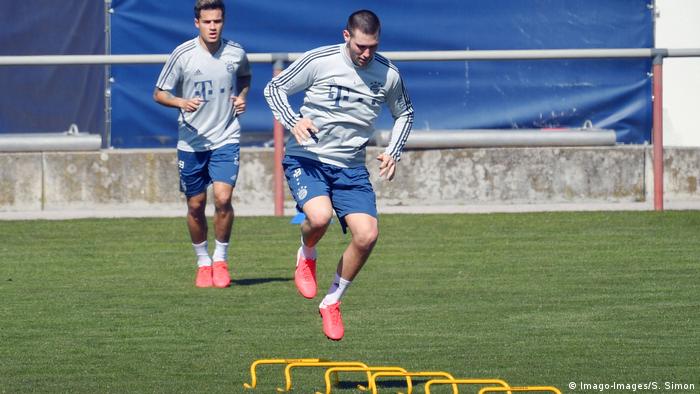 Who decides whether Bundesliga clubs can train or not?

Since Germany is a federal country, decisions on what is permitted at this time are ultimately made by local health authorities in each of the 16 states (Länder). On many issues, the federal government in Berlin can only make recommendations. As a result, Bundesliga clubs have had to apply to their respective state governments for exemptions and agree the details with the local authorities.

In the Bundesliga, only Werder Bremen ran in to difficulties when navigating this process with their city-state council. Bremen's Senator for the Interior, Ulrich Mäurer, initially described a special permit for footballers as "not really a good signal to the Republic [of Germany]" and added in an interview with DW that he also considered the potential return of matches in May "not a good idea".

As a result of their special circumstances, Werder, who are currently in second-bottom in the Bundesliga table, spoke of a "distortion of the competition". On Monday, Mäurer finally gave the green light for Werder to return training - under strict safety conditions.

Which Bundesliga clubs are already back in training?

Augsburg were quick out of the blocks and resumed training on March 23. Wolfsburg returned on the same date but only in pairs and inside the Volkswagen Arena. Borussia Dortmund were back on the training pitch, again in pairs, on March 30. Bayer Leverkusen and Schalke followed on April 1, RB Leipzig on April 2 and Eintracht Frankfurt on April 3.

Eight clubs – Bayern Munich, Borussia Mönchengladbach, Cologne, Union Berlin, Hertha Berlin, Fortuna Düsseldorf and Paderborn - started training on the pitch this Monday, as did Hoffenheim, but all under strict regulations. Mainz and Bremen are due to return on Tuesday while Freiburg are yet to announce a date. As it stands, training is only taking place in small groups of up to seven. The players are required to keep a distance of 1.5 meters to 2 meters apart and tackling is off the agenda. Bayern captain Manuel Neuer described it as "a very unusual feeling” but added that he was pleased to be able to train with teammates again.

Fans, however, are excluded from the sessions, while most clubs have asked players to change and shower at home before and after training. Other clubs are using individual changing cabins or multiple small changing rooms to ensure social distancing.

- Read more: What are football coaches doing during the coronavirus break?

Why are so many clubs returning at this point?

All 36 clubs in Germany's top two divisions actually agreed with the DFL (who operate the Bundesliga and Bundesliga 2) to stop training until April 5. However, some took this as a recommendation rather than an instruction, which caused resentment among those who followed the stricter interpretation.

Although the Bundesliga is suspended until at least April 30, teams are keen to be in good condition as and when it returns. After all, the remaining nine matches will decide who wins the title, who qualifies for the Champions League and who will be relegated.

One thing that seems certain however is that if the season is completed, it will be behind closed doors. Virologists have also recommended regular coronavirus tests for the players from the day of resumption to rule out any infections. 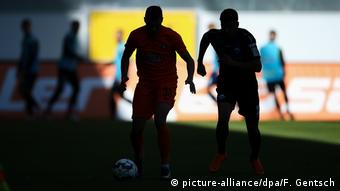 Are other leagues going to start training again?

As in Germany, there's currently no play in England, Italy, France or Spain. It is currently an open question as to when teams in those leagues can resume training. Football authorities in Italy hope that the remaining 12 matchdays can take place from the end of May but Gabriele Gravina, head of the federation, did not rule out postponing the games until September or October.

In Spain, a plan has been leaked which states training - first individually, then in small groups and finally with the entire team - will restart at least 15 days before the league, whenever that may be. Before that, all players and their families would be tested twice for the coronavirus.

In France, top flight outfit Nantes have applied to be allowed to train again from April 15 but a resumption of training in Ligue 1 at the beginning of May, at the earliest, seems more realistic.

In England, the Premier League is on ice. Last Friday (April 3), the clubs decided to suspend play indefinitely. There is currently no discussion as to when training will be resumed.

Belgium, on the other hand, is taking a completely different approach: the Pro League season has been prematurely abandoned, and league leaders Club Bruges are to be declared champions.