German football appears determined to finish the current season after all 36 clubs in the top two divisions agreed to suspend play until at least April 30. DW looks at why they can’t afford to entertain any other option. 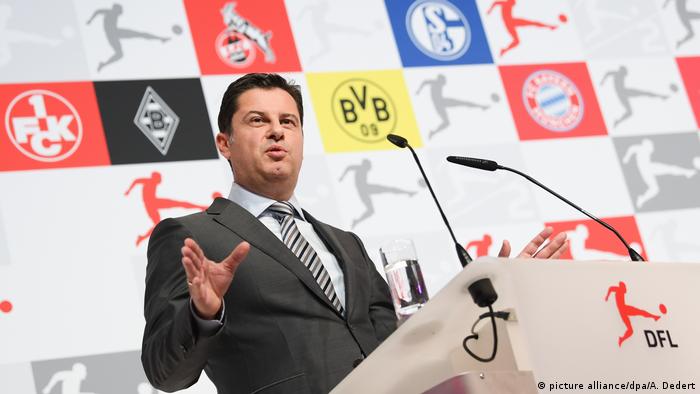 German football will struggle to survive without television money. That was once again the overriding message as German Football League (DFL) chief Christian Seifert fronted a virtual press conference on Tuesday.

While the confirmation of the suspension of the country's top two leagues, the Bundesliga and Bundesliga 2, until at least April 30 was expected, Seifert gave the biggest indication yet that this current season still needed to be finished.

"There is no one plan yet, there are quite a few different approaches," the 50-year-old admitted. "But it's about ending the season … I haven't dealt with a plan for abandoning the season."

When that can happen is still up for debate. Seifert and the 36 first- and second-division clubs hope still it can be completed by June 30, but they are entertain the idea of extending the current season into July and beyond.

At the center of the urgency to complete the season is the magic €750 million ($823 million) figure that Seifert revealed could be lost to the 36 clubs if the season is abandoned.

"We are in talks with clubs," he said. "At the very least, matches behind closed doors would be an option to soften the financial blow," he said.

The dependency of German football, and indeed the professional game across the world, on broadcast contracts has left the sport vulnerable. The message is clear: if we don't play, some of us won't survive.

It's difficult to determine whether or not that talk is alarmist, but the numbers make for grim reading.

According to the DFL's latest figures from 2018-19, media revenue accounts for 36 percent of Bundesliga clubs' total revenue, followed by advertising (21%) and ticket sales (13%).

That's about €2.8 billion, or 70%, of total income that revolves purely around matchdays. Deduct that revenue for the remaining nine games of the season and the building blocks start crumbling. The situation is similar in the second division, though on a lesser scale.

For the Bundesliga, canceling the season would cost roughly €138 million in ticket sales, potentially €225 million in advertising (depending on the contracts), and a whopping €350 million €400 million from media agreements. 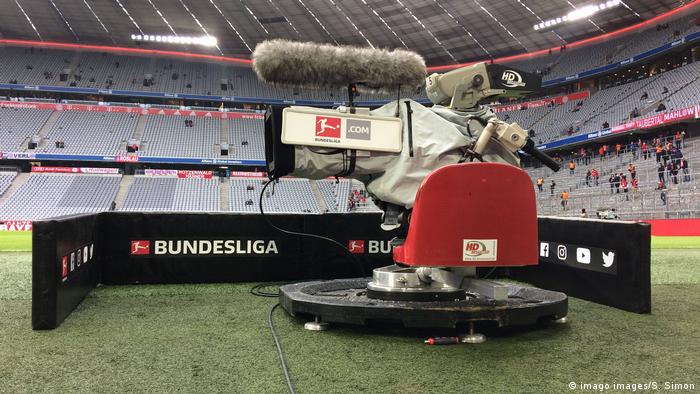 The Bundesliga is reliant on television money.

Fortunately, most German clubs are in relatively healthy financial positions. Across the top two divisions, 28 of the 34 clubs posted a profit in 2018-19. They're generally well run and only spend within their means.

But the ability to pay player and coach wages is entirely reliant on TV money. On average, Bundesliga clubs spend 37% of total expenditure on player/coach salaries, an almost mirror image of their revenue from media contracts. In the second division, media revenue (32%) also matches personnel salaries (31%).

It explains why some clubs in Europe have encouraged, enforced or accepted pay cuts to their players and outlines just who benefits most from the sky-rocketing television contracts dominating football.

While the players should be the main benefactors, they should also be the first to feel the pinch when that money dries up. It's a lack of foresight from clubs, however, that they have never envisaged such a scenario.

One way to safeguard a similar financial crisis in the future would be to add clauses to player contracts, tying income to incoming media revenue. For now, however, another solution must be found.

Even if the remaining matches are held behind closed doors (casting aside concerns over safety and logistics), the results could be devastating for smaller clubs. Ticket revenue remains vital for clubs operating on tighter budgets.

"There are several plans, you have to be flexible. We're thinking very carefully about how we can go on," Seifert said. "First and foremost, it is about protecting everyone involved."

Seifert added there had been talks about a solidarity fund during the recent meeting, while the Bundesliga's Champions League representatives this season, Bayern Munich, Borussia Dortmund, RB Leipzig and Bayer Leverkusen, have already committed a combined €20 million towards a scheme.

Playing out the rest of the season appears to be a deal-breaker for German football, but it may take more from two parties - the players and those six clubs — to guarantee the game's future for the many, not just the few.