Bundesliga and coronavirus: 'Only ghost games can keep clubs in business' 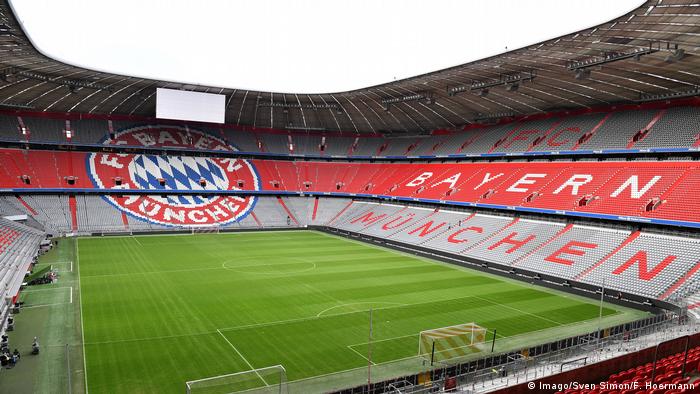 The Bundesliga will be suspended until at least April 2, German Football League (DFL) chief executive Christian Seifert has confirmed, warning that 'ghost games' (games played behind closed doors) could be the only way to protect some clubs from financial ruin.

Seifert faced the press on Monday following DFL talks that confirmed Friday's decision to postpone the league due to the COVID-19 pandemic, and had a sober message about the economic impact the suspension could have on German football and businesses that rely on the continuation of the Bundesliga.

Further discussions will take place in the week of March 30, Seifert added, but with the German authorities having imposed bans on public gatherings it's unclear when football can return to Germany, plunging many people's jobs into uncertainty.

"The league doesn't expect to return on April 3 and nobody can say when or if it can continue," Seifert said. "I am aware that football is viewed a billion-dollar business. But at the center of it all is the game itself, and the 56,000 jobs dependent on it every match day. Without sponsorship and TV income, those jobs and the very existence of clubs is in danger. We have to find solutions to continue our business."

"The health of our employees is the highest priority. But we also have to fight for our employees and their financial security, please keep this in mind when we make our decisions in the future." Seifert said. "It is to early to speculate when we return. We don't want to set expectations that we will return in early April. UEFA will discuss what to do with the Euros, which will give us potentially room to finish the season in June."

UEFA's intentions, likely concerning the Champions League and Europa League as well as the multi-country Euros scheduled for June and July, will be revealed on Tuesday.

Should the domsetic season not continue after April 2, the 36 professional teams in the first and second divisions in the German Bundesliga would face a potential loss of €750 million ($836 million). The figure is a total of missing gate receipts, lost sponsorship money and outstanding television money. Just the TV money from the last nine games likely not to be played would hit the clubs' bottom lines by €370 million.

"No league has insurance against pandemics," Seifert said. "Leagues have insurance to cover canceled matches and some clubs have tried to insure against a pandemic, but the insurance payments would have been impossibly high."

He added: "Without income from television, sponsorship and gate receipts we can only survive for a short period. Ghost games will be the only way to survive in the short term."

As coronavirus hits German sports, clubs fear crashing out of the game

Coronavirus: Where do the Bundesliga and European football go from here?

The coronavirus has forced football matches to be played behind closed doors – or even be canceled. What might the future have in store for the Bundesliga, the Champions League, or even EURO 2020? DW takes a look. (13.03.2020)

Project Fussball: The stories beyond the scorelines in German football 16.07.2022

The Project Fussball podcast explores and explains the stories in German football beyond weekend winners and losers. In the latest 5-part series, host Tom Gennoy and an array of guests take an in-depth look at Euro 2022.