As coronavirus hits German sports, clubs fear crashing out of the game | Business | Economy and finance news from a German perspective | DW | 16.03.2020

As coronavirus hits German sports, clubs fear crashing out of the game 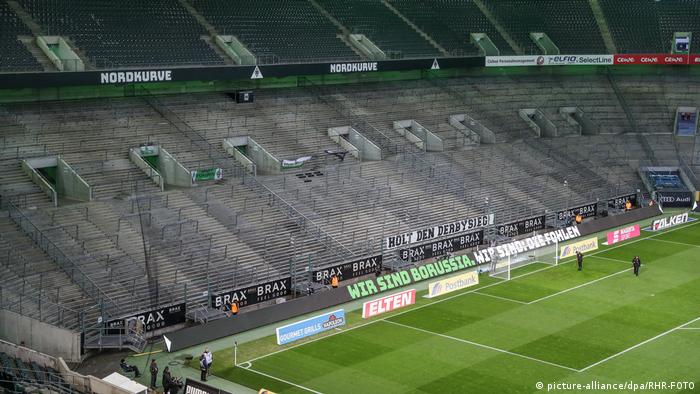 In Germany's favorite sport, the saying goes that a football club just needs to switch on the stadium lights and thousands will come to see what's happening there. Even in the trying times of the coronavirus outbreak, the saying was proved right, as the last regular game showed.

As the ref blew the kick-off whistle for Mönchengladbach versus Cologne — a match decreed to be held behind closed doors due to coronavirus fears — hundreds if not thousands of fans had gathered outside the stadium to cheer on their teams. The happening was far from ideal to slow the spread of the novel pathogen.

It goes without saying that Germany's professional football league (DFL) was forced to act, which it did on Friday (March 13) by pausing the regular Bundesliga season for at least two matchdays until April 2.

Christoph Breuer, a professor of sports business and management at the Sports College in Cologne, believes that DFL's move will have far-reaching consequences for the clubs.

"Ticket sales are a key source of revenue for the clubs," he told DW. "In addition to that, sponsorship money and income from television rights are threatened because clubs are bound by contracts to play their games."

As a matter of fact, should the season not continue after April 2, the 36 professional teams in the first and second divisions in the Bundesliga would look at a potential loss of €750 million ($836 million). The figure is a total of missing gate receipts, lost sponsorship money and outstanding television money. Just the TV money from the last nine games likely not to be played would hit the clubs' bottom lines by €370 million. For a full season of 34 league games, they get a total of €1.4 billion. 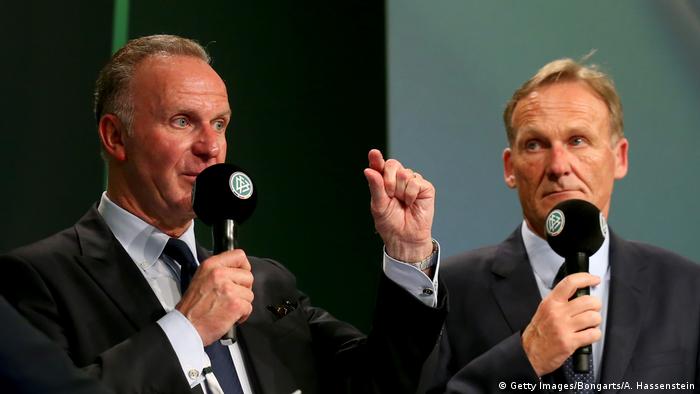 The bosses of two clubs that stand to lose millions were among the most vocal. Borussia Dortmund's CEO Hans-Joachim Watzke spoke of "the biggest crisis" in German football. Before him, Bayern Munich's CEO, Karl-Heinz Rummenigge, spoke in favor of continuing with the originally planned games behind closed doors on Matchday 26.

"If this money was absent, it would be expected that many smaller and mid-sized clubs would have financial problems," Rummenigge said.

Will lights go out in lower leagues?

In Germany's third and fourth division football, the situation looks even more dramatic, says Breuer. Gate receipts there make up for a much bigger part of revenue than in the two top-flight divisions, and the clubs' liquid positions have been much more strained for years.

"Two out of three third-division clubs are already deep in the red, while in the first division all clubs are profitable," he says

And further down the German football pecking order, lights could go out altogether, he warns. Albert Ammermann is the deputy president of fifth-division club Kickers Emden, a club that's already suffered from a series of postponed matches due to bad weather.

"Our club's [financial] situation has never been rosy, we cannot cope with any loss of income from ticket sales," he told DW.

The coronavirus is not only plunging club finances into disarray, but also causes havoc in European game schedules. Even if the postponed Bundesliga matchdays are to be played at a later time, there are virtually no slots left in the tight football timetables. Will the coronavirus threaten European game schedules? Nothing can be ruled out anymore

Subsequently, questions of relegation and promotion will arise, which according to Breyer are "extremely difficult to decide," because they may not be made on the pitch but instead based on the standings in unfinished league tables.

"Such decisions are widely accepted because they are based on a [club's] performance. But if they were armchair decisions, I doubt that this will be accepted," he says.

Sports rights owners like Sky and DAZN that broadcast German Bundesliga games via their payTV channels also face a life-threatening blow to their business models. They simply have no product, football games, anymore, but at the same time need to deliver to their fee-paying clients who had already bought their packages.

The broadcasters who have the rights to the top two divisions could claim compensation from DFL due to not being able to deliver their product. "It's a matter of private contractual agreements that are understandably not for the public," was Sky's response to an inquiry by German news agency DPA.

The problem is that the league has no insurance for the lost TV income, one that could come into play were the season to be canceled due to the coronavirus. And calls for the state to bail clubs and rights owners out are likely to fall on deaf ears.

"In terms of support for sports clubs, including professional football, we are not planning to earmark money in the national budget," the German Interior Ministry said recently in response to an inquiry from sports news agency SID. But companies and other commercial enterprises, the ministry said, could ask the Economy Ministry for "liquidity support in the form of loans."

Breuer also believes that it wouldn't be wise for wealthy football clubs to ask for government aid. Instead, he argues, they should finally open themselves up for big-money investors like in most European countries by dropping the 50+1 ownership rule that still shields German Bundesliga clubs from foreign investors.