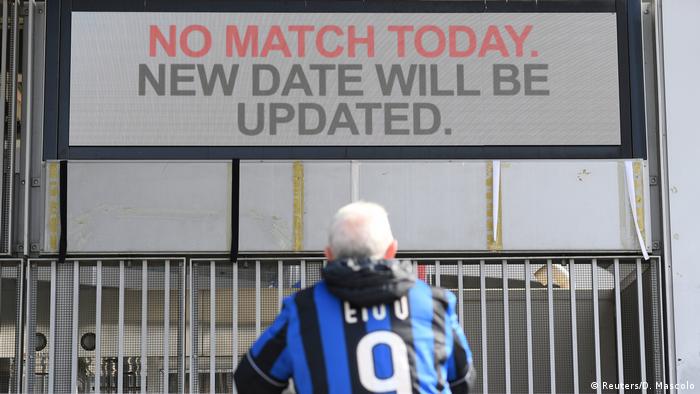 The Italian FA, the FIGC, already canceled a number of matches in the country's top league, Serie A, last weekend. These were in the northern region of the country where the authorities are trying to curb the spread of the coronavirus which has already claimed a number of lives.

Late on Monday, the Italian sports minister, Vincenzo Spadafora, emerged from a meeting of the Council of Ministers to announce that some future matches are to be played without any fans present.

"Following the demands of the sports world and knowing that the ban on sporting events open to the public remains in force in six regions of northern Italy, we have agreed to the holding of matches behind closed doors," Spadafora said.

Inter Milan, meanwhile, announced that their stadium will be empty when they host Bulgarian side Ludogorets in the Europa League on Thursday.

"In agreement with UEFA, the Lombardy regional health authorities and Milan city council, our return game with Ludogorets will be played behind closed doors," the club said in a statement.

Italy's sports minister didn't specify which Serie A matches next weekend would be included in the ban, but there are six games scheduled in the affected region, including Sunday night's clash between league leaders Juventus and third-placed Inter.

With the coronavirus moving closer to Germany, officials here are observing the situation closely but so far no specific steps are being considered.

The national football team's doctor, Tim Meyer, said in an interview published on the German FA's (DFB) website, that such measures as postponing matches or playing them behind closed doors would be premature at this time.

"At present, this remedy would probably be excessive in our country," he said. "The cases are known and 'under control' in Germany." However, he also noted that "no one can seriously predict what the situation will be in a week or two."

The German Football League (DFL), which operates the Bundesliga, also said they were watching the situation closely but so far there was no thought of postponing any matches. 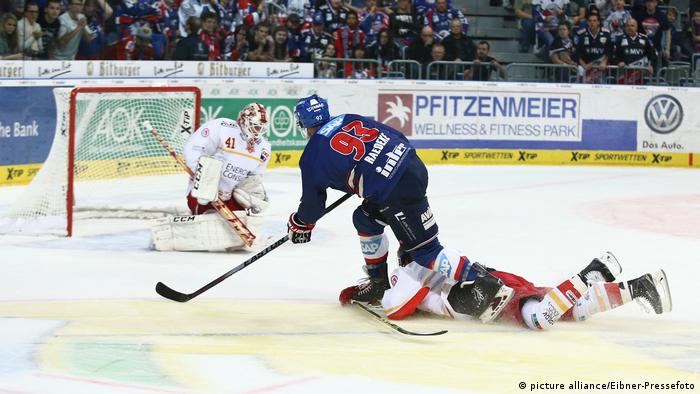 Other sports leagues in Germany are taking a similar approach. The Deutsche Eishockey Liga (DEL), Germany's top professional ice hockey league, is preparing to start the playoffs in a couple of weeks' time.

"We have contacted the appropriate authorities. Of course we will react immediately if there is an official request to do so," said Gernot Tripcke, the DEL's managing director, in response to a DW query.

In a written statement to DW, Germany's Handball Bundesliga said it too was closely observing the situation and was in close contact with the health authorities.

The German Olympic Sports Confederation (DOSB) told DW in a statement that the confederation was in touch with the relevant authorities and was closely monitoring the situation. It also referred to a statement it released last Friday in which it advised athletes against traveling to China due to the coronavirus outbreak.

So far, the virus has mainly affected sporting events in Asia. Rugby events in Singapore and Hong Kong have been postponed until October while Tokyo Olympics qualifying events in various sports have been moved from China to other countries.

In the latest move, Japan's top football league, the J-League, announced on Tuesday that it was postponing all matches until March 15.

A question that is increasingly emerging is whether the Tokyo Olympics, scheduled to open on July 24 will be able to go ahead as planned.

Olympic organizers and local officials have repeatedly said they're not considering any changes to the Games.

"I think we are not yet reaching that point," Tokyo Governor Yuriko Koike said on Friday, when asked if there was any thought of rescheduling.