Coronavirus: Where do the Bundesliga and European football go from here? | Sports| German football and major international sports news | DW | 13.03.2020

Coronavirus: Where do the Bundesliga and European football go from here?

The coronavirus has forced football matches to be played behind closed doors – or even be canceled. What might the future have in store for the Bundesliga, the Champions League, or even EURO 2020? DW takes a look. 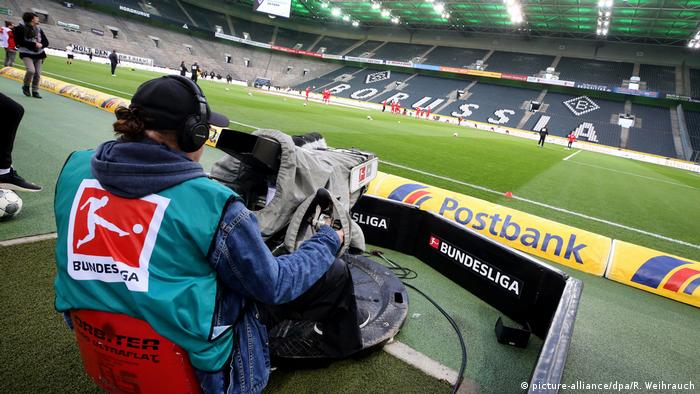 When will the Bundesliga season resume?

On Friday, the German Football League (DFL) became the last major European league association to suspend play, announcing that Matchday 26 of the Bundesliga, which was to start just hours later, had been postponed. The decision also affected all second division matches in Germany.

"The DFL has decided short-term to postpone all Bundesliga and Bundesliga 2 matches on Matchday 26, since coronavirus infections of both players and team officials became public in the past hours," it said in a statement. Mere hours earlier the DFL had insisted that it was determined to play out Matchday 26 behind closed doors this weekend. That would have come with the exception of Monday's game between Bremen and Leverkusen, after the City of Bremen ordered it postponed, as at least 2,000 people were expected to gather at the Weserstadion, even though they wouldn't have been allowed in. The two teams that were to play on Friday, Fortuna Düsseldorf and Paderborn, had applied to the league to get their match postponed.

What do clubs, players and coaches think about the DFL's handling of the coronavirus crisis?

Prior to Friday's announcement, the DFL had been facing growing criticism from both players and club officials.

Spanish midfielder Thiago of Bayern Munich wrote: "This is crazy. Please stop fooling around and land on reality."

Defender Uwe Hünemeier of cellar dwellars Paderborn also chimed in via Twitter: "This is not the time to lose any more time! The only priority is everyone's health," he wrote.

Wolfsburg coach Oliver Glasner said the decision to play Matchday 26 behind closed doors was "not the most consistent solution. In terms of civil courage, it could have been canceled."

Bayern CEO Karl-Heinz Rummenigge, however, had defended the DFL's position.

"At the end of the day, in professional football it's about finances," Rummenigge said. He also noted that if the TV-rights holders failed to pay their latest installment, some of the smaller and medium-sized clubs in Germany's top two leagues would quickly find themselves facing "liquidity problems." According to Rummenigge, the fee at stake is a nine-figure one, which could explain why the DFL clung so long to the hope of playing out Matchday 26.

What about the amateur game in Germany?

What about Europe's other big footballing nations?

Matches have already been canceled or postponed in the all of the other major European leagues. After Italy made the first move, Spain, France and England have also suspended their seasons. Football's European governing body, UEFA, has followed suit, postponing next week's Champions League and Europa League matches indefinitely. 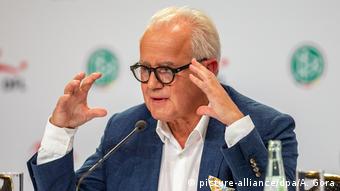 What about international matches and EURO 2020?

DFB President Fritz Keller has expressed pessimism about the prospect of the German national team actually playing its next two internationals, first in Spain (March 26), then at home to Italy in Nuremberg (March 31).

"Based on the current facts, I assume that it will be impossible to play these matches," Keller said. He added that UEFA was "working flat out to find the best solution for all national associations throughout Europe regarding the international matches and the European Championship in the summer."

UEFA has scheduled a telephone conference involving representatives of all of its 55 member associations, clubs and players for Tuesday. They plan to use the conference to plot the way forward for this European football season. There is a growing sense that the first pan-European EUROs (June 12 to July 12) will be put off until the summer of 2021, so that national and European competitions can complete their seasons by extending them into June.

The Bundesliga stands to lose big in the corona crisis