Coronavirus: Bundesliga counts down to kickoff

Five weeks after the Bundesliga was postponed, German clubs are under financial pressure to start playing again. With players back in training and some politicians onside, a restart in May edges ever closer. 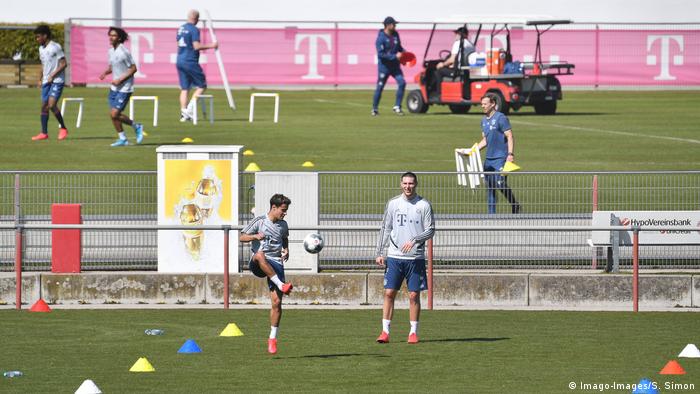 Instead, Germany remains gripped by COVID-19 with more than 100,000 confirmed cases of the virus and over 2,500 deaths.

Top-flight football hasn't been played since the Rhineland Derby between Cologne and Borussia Mönchengladbach on March 11 and the Bundesliga is understandably the last thing on most people's minds.

For 13 of the 36 Bundesliga and second-division clubs who, according to German sports magazine kicker, would face insolvency by May or June without their share of around €330m ($361m) in outstanding television rights payments, a restart cannot come soon enough. 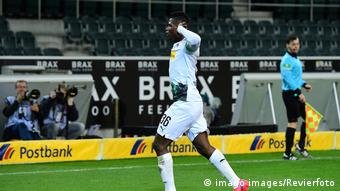 "Regardless of the decision, the club is currently facing a potentially existential economic threat," read a statement from Bundesliga side Schalke this week, thought to be one of the most severely threatened clubs. "Everyone involved in the Bundesliga is aiming to complete the season, even if that means playing behind closed doors."

And that wish could be granted sooner than expected. All 18 Bundesliga clubs returned to training this week, working in small groups of various sizes in accordance with government regulations. On Good Friday, reports suggested the German Football League (DFL) will discuss resuming the Bundesliga season on May 9 when its member clubs convene remotely after Easter.

DFL chief executive Christian Seifert estimates that Bundesliga matches could be staged with as few as 240 people inside stadiums, including coaches, medical personnel, match officials, ball boys and production staff as well as the players themselves.

A task force has also been assembled to define the necessary medical and hygiene protocols which would be required were play to recommence, including the testing of players and coaches before every match. Speaking to German broadcaster ZDF, virologist Alexander Kekulé of the Martin Luther University in Halle estimated that this could require up to 20,000 tests - which critics say would be better used for testing medical personnel and the wider population.

"We're not even able to test all of those cases where it is medically necessary, let alone suspected cases," Karl Lauterbach, health expert for the Social Democratic Party (SPD), told German current affairs magazine Der Spiegel.

Seifert, however, has stressed to the New York Times that "it won't be the case that one doctor or one nurse that is really relevant for the system cannot be tested because football players have to be tested."

One thing is certain: playing matches in front of supporters is out of the question, as German politicians have made clear to Bundesliga representatives ever since discussions began at the end of March.

"It's conceivable that the Bundesliga can start playing again – but without fans,” said Armin Laschet, Minister President of North-Rhine-Westphalia, the most populous of Germany's 16 federal states and home to seven Bundesliga clubs and two second-division clubs. "Large events with thousands of visitors are not something we will see in the coming weeks or months."

Laschet, of Chancellor Angela Merkel's Christian Democratic Union (CDU) conservatives, also said that the subject of matches behind closed doors (known in German as Geisterspiele, or "ghost games") will be a topic of discussion when he holds a conference call with Germany's 15 other Minister Presidents immediately after Easter.

Christian Lindner, chairman of the Free Democratic Party, has also spoken out in favor of a restart. "In professional sport such as in the Bundesliga, where athletes are accompanied by medical personnel, we should permit competition without spectators," he wrote in the German daily Frankfurter Allgemeine Zeitung.

Others, however, have expressed doubts about the practical and moral implications of resuming the Bundesliga season.

Lauterbach said he was "skeptical" as to whether a "watertight system" could be agreed upon by May, while Union Berlin president Dirk Zingler has warned about sending the wrong message at a crucial time.

"We won't do ourselves any favors by going against public opinion," said Zingler in a club interview. "We should find a date which is socially acceptable. The children should go back to school first."

From a sporting, financial, organizational and political point of view, the wheels are already in motion, and the Bundesliga's countdown to kick off has begun.