Representatives of agricultural nations meeting on the sidelines of Berlin's Green Week have agreed to work together on improving food security and easing price fluctuations worldwide. 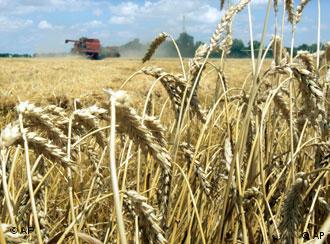 Representatives of farming nations have reached a broad agreement on the need to stabilize food prices at a one-day conference in Berlin.

Delegates at the event on Saturday, coinciding with the second day of the capital's Green Week agricultural fair, agreed that steps needed to be taken to increase food production and prevent commodities speculators from ramping up market values.

"We have to fight price volatility - I hope we find concrete solutions to this problem by the end of the year," said French Agriculture Minister Bruno Le Maire.

Agriculture ministers from France, Poland, Ukraine, Morocco, Kenya and Canada as well as German Agriculture Minister Ilse Aigner were among 50 delegates attending the conference. They agreed that action was needed to avoid the type of food riots witnessed in countries including Mozambique and Egypt last year.

"We will see them again in 2011 and 2012 if we don't rapidly take the necessary decisions together," warned French minister Bruno Le Maire. 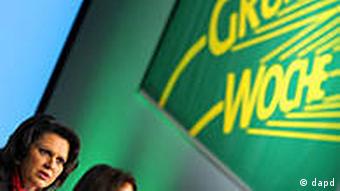 German Agriculture Minister Ilse Aigner said it was vital to ensure that global food prices did not rise too rapidly, pointing out that rising costs had also helped provoke riots in Algeria and Tunisia.

"With more and more people in the world, it becomes particularly difficult for developing and emerging nations to ensure that they can provide for their basic needs," Aigner told journalists at the event.

Aigner said the food situation with regard to the rate of growth of world population was "alarming."

“Worldwide production must be increased by about 70 percent so that food supplies can be assured," she said. 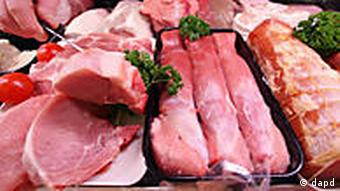 The discovery of high levels of cancer-causing dioxin in pork from German farms has hit meat prices.

"If in the next few days the pork market continues in the same direction, we must be ready to take the measures available to us to avoid a fall in prices," Ciolos said.

European agriculture ministers are to meet in Brussels on Monday to discuss the problems faced by pig farmers, with France demanding immediate action.

The annual International Green Week, touted as the world's largest agricultural fair, has opened in Berlin just as the country recovers from a dioxin animal feed scandal that has damaged the food industry. (22.01.2011)

Feeding the world in years to come

On Friday, the UN marks World Food Day, meant to bring awareness to the issue of hunger. As the world population continues to grow, there will be more mouths to feed but fewer farmers to grow the needed crops. (16.10.2009)