Fact check: Zelenskyy′s daughter did not ′flee′ to Poland | Europe | News and current affairs from around the continent | DW | 30.04.2022

Fact check: Zelenskyy's daughter did not 'flee' to Poland

Posts on social media had claimed that Oleksandra Zelenska, the daughter of President Volodymyr Zelenskyy, called her father a "Nazi" and "fled" Ukraine. DW fact-checked the posts and found them to be bogus. 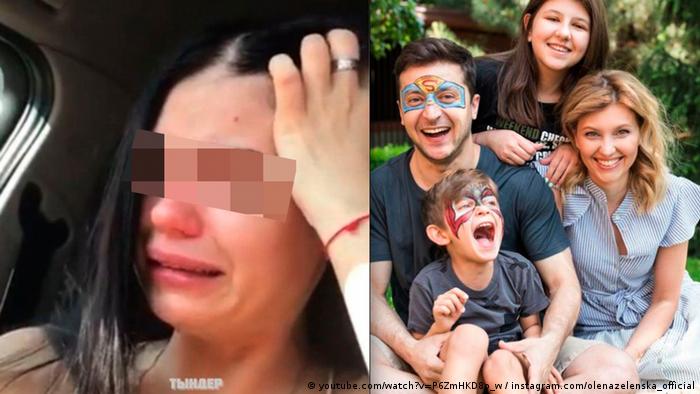 Not the same: Crying woman at left, Oleksandra Zelenska (top) and family on the right

Even as manipulated videos known as deepfakes are increasingly produced to attribute statements to people who never made them, the old-fashioned art of fabrication still serves its purpose. That's the case with a photograph circulating online that claims to show the daughter of Ukrainian President Volodymyr Zelenskyy.

Claim: Social media sites are  currently spreading an image of a young crying woman, claiming in various languages that the president's 17-year-old daughter, Oleksandra Zelenska, "hates her father" and had called him a "Nazi" and "murderer of the Ukrainian people." Russian websites have also spread the claim.

The pictured woman is not Zelenska, as a reverse image search shows. The photo was taken from a video that had appeared on the internet in 2017. Zelenskyy's daughter, born in 2004, was significantly younger than the woman in the video. For comparison, this video shows Zelenska at 11 years of age.

The pair in the video from which the image is taken speak Russian, not Ukrainian, and their conversation is not about Zelenskyy. The man who records the video — presumably, the woman's partner — addresses her as Nastya and tries to comfort her. She responds: "You promised me that iPhone five months ago and never bought it!"

The message, tagged "exclusive" and disseminated in  Georgian, Spanish and German, among other languages, also claims that Zelenska had "fled to Poland." A billboard just visible behind the crying woman during the first seconds of the video, however, advertises a property for sale, and the phone number on display belongs to a real estate agent based in Sochi, Russia, which DW was able to ascertain on the basis of the person's WhatsApp and Instagram profiles. This means that the sequence shown in the video could have been filmed in the Black Sea coast area.

Since Russia invaded Ukraine, the president has been the face of resistance — as well as the No. 1 target for Kremlin propaganda. At least one deepfake depicting him exists, and time and again it has been alleged that he'd clandestinely fled Ukraine. His family, too, has repeatedly been targeted by such campaigns. For example, propagandists and pro-Russia accounts published a photo that allegedly showed his wife, Olena Zelenska, in the French city of Nice. The president denied this, saying his wife remained with him in Ukraine. Zelenska and Zelenskyy also have a 9-year-old son. The president has repeatedly and verifiably  appeared with heads of government and in front of international journalists in or near the capital, Kyiv. 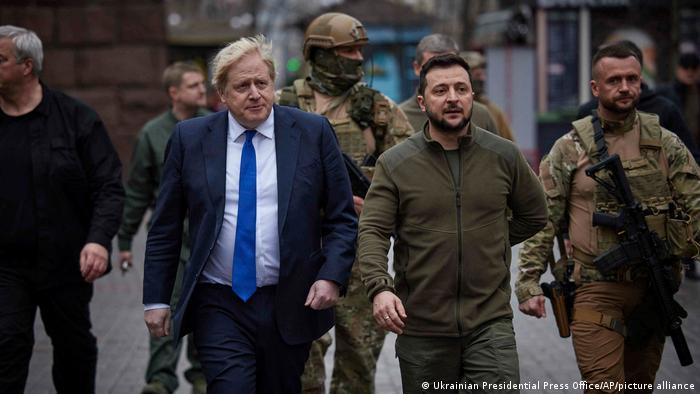 DW could not determine which video of the crying woman was the original. The clip was published too often on the same day, and in some cases it was deleted again. But it remains a fact that the video has no relation to Russia's invasion of Ukraine.

More fact checks on the Ukraine war can be found here.