Fact check: Is nuclear energy good for the climate? | Environment | All topics from climate change to conservation | DW | 29.11.2021 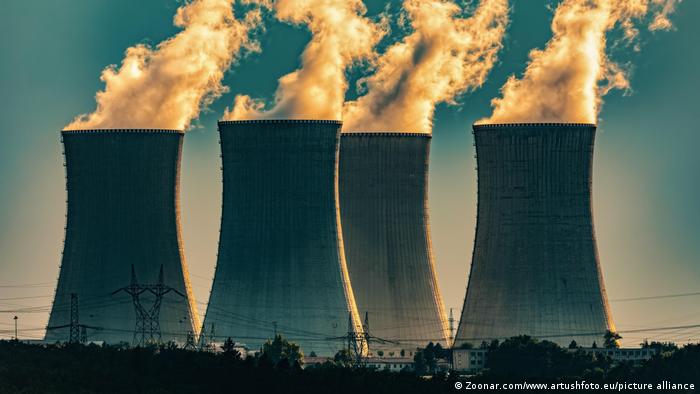 Nuclear power is expensive, especially when follow-up costs are taken into account

The latest figures on global carbon dioxide emissions call into question the world's efforts to tackle the climate crisis. CO2 emissions are set to soar 4.9% in 2021, compared with the previous year, according to a study published earlier this month by the Global Carbon Project (GCP), a group of scientists that track emissions.

In 2020, emissions dropped 5.4% due to the COVID-19 pandemic and associated lockdowns. Most observers expected a rebound this year — but not to such an extent. The energy sector continues to be the largest emitter of greenhouse gases, with a share of 40% — and rising.

But what about nuclear? Supporters of the controversial energy source say it's a climate-friendly way to generate electricity. At the very least, it's something we could use until we're able to develop comprehensive alternatives. In recent weeks, particularly during the COP26 climate summit, advocates have been creating a stir online with statements like "if you're against nuclear energy, you're against climate protection" and "nuclear energy is about to make a comeback." But is there anything to it?

Explainer: Nuclear power to the rescue?

No. Nuclear energy is also responsible for greenhouse gas emissions. In fact, no energy source is completely free of emissions, but more on that later.

When it comes to nuclear, uranium extraction, transport and processing produces emissions. The long and complex construction process of nuclear power plants also releases CO2, as does the demolition of decommissioned sites. And, last but not least, nuclear waste also has to be transported and stored under strict conditions — here, too, emissions must be taken into account. 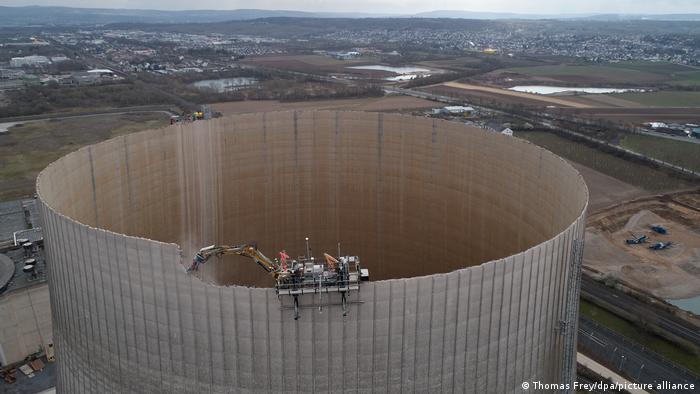 And yet, interest groups claim nuclear energy is emission-free. Among them is Austrian consulting firm ENCO. In late 2020, it released a study prepared for the Dutch Ministry of Economic Affairs and Climate Policy that looked favorably at the possible future role of nuclear in the Netherlands.

"The main factors for its choice were reliability and security of supply, with no CO2 emission," it read. ENCO was founded by experts from the International Atomic Energy Agency, and it regularly works with stakeholders in the nuclear sector, so it's not entirely free of vested interests.

At COP26, environmental initiative Scientists for Future (S4F) presented a paper on nuclear energy and the climate. The group came to a very different conclusion. "Taking into account the current overall energy system, nuclear energy is by no means CO2 neutral," they said.

Ben Wealer of the Technical University of Berlin, one of the report's authors, told DW that proponents of nuclear energy "fail to take into account many factors," including those sources of emissions outlined above. All the studies reviewed by DW said the same thing: Nuclear power is not emissions-free.

How much CO2 does nuclear power produce?

Results vary significantly, depending on whether we only consider the process of electricity generation, or take into account the entire life cycle of a nuclear power plant. A report released in 2014 by the UN's Intergovernmental Panel on Climate Change (IPCC), for example, estimated a range of 3.7 to 110 grams of CO2 equivalent per kilowatt-hour (kWh).

It's long been assumed that nuclear plants generate an average of 66 grams of CO2/kWh — though Wealer believes the actual figure is much higher. New power plants, for example, generate more CO2 during construction than those built in previous decades, due to stricter safety regulations.

Studies that include the entire life cycle of nuclear power plants, from uranium extraction to nuclear waste storage, are rare, with some researchers pointing out that data is still lacking. In one life cycle study, the Netherlands-based World Information Service on Energy (WISE) calculated that nuclear plants produce 117 grams of CO2 emissions per kilowatt-hour. It should be noted, however, that WISE is an anti-nuclear group, so is not entirely unbiased.

However, other studies have come up with similar results when considering entire life cycles. Mark Z. Jacobson, director of the Atmosphere / Energy Program at California's Stanford University, calculated a climate cost of 68 to 180 grams of CO2/kWh, depending on the electricity mix used in uranium production and other variables.

How climate-friendly is nuclear compared to other energies?

If the entire life cycle of a nuclear plant is included in the calculation, nuclear energy certainly comes out ahead of fossil fuels like coal or natural gas. But the picture is drastically different when compared with renewable energy.

Could we rely on nuclear energy to help stop global warming?

Around the world, nuclear energy representatives, as well as some politicians, have called for the expansion of atomic power. In Germany, for example, the right-wing populist AfD party has backed nuclear power plants, calling them "modern and clean." The AfD has called for a return to the energy source, which Germany has pledged to phase out completely by the end of 2022.

Other countries have also supported plans to build new nuclear plants, arguing that the energy sector will be even more damaging for the climate without it. But Wealer from Berlin's Technical University, along with numerous other energy experts, sees takes a different view.

"The contribution of nuclear energy is viewed too optimistically," he said. "In reality, [power plant] construction times are too long and the costs too high to have a noticeable effect on climate change. It takes too long for nuclear energy to become available."

"Nuclear power plants are about four times as expensive as wind or solar, and take five times as long to build," he said. "When you factor it all in, you're looking at 15-to-20 years of lead time for a new nuclear plant."

He pointed out that the world needed to get greenhouse gases under control within a decade. "And in the next 10 years, nuclear power won't be able to make a significant contribution," added Schneider.

"Nuclear power is not being considered at the current time as one of the key global solutions to climate change," said Antony Froggatt, deputy director of the environment and society program at the international affairs think tank Chatham House in London.

He said a combination of excessive costs, environmental consequences and lack of public support were all arguments against nuclear power.

Nuclear funding could go toward renewables

Due to the high costs associated with nuclear energy, it also blocks important financial resources that could instead be used to develop renewable energy, said Jan Haverkamp, a nuclear expert and activist with environment NGO Greenpeace in the Netherlands. Those renewables would provide more energy that is both faster and cheaper than nuclear, he said.

"Every dollar invested in nuclear energy is therefore a dollar diverted from true urgent climate action. In that sense, nuclear power is not climate-friendly," he said.

In addition, nuclear energy itself has been affected by climate change. During the world's increasingly hot summers, several nuclear power plants have already had to be temporarily shut down or taken off the grid. Power plants depend on nearby water sources to cool their reactors, and with many rivers drying up, those sources of water are no longer guaranteed.

The much vaunted "renaissance of nuclear power" is anything but when all the facts are taken into consideration, Mycle Schneider told DW. He said the nuclear industry has been shrinking for years.

This article was translated from German by Martin Kübler

Correction, November 30, 2021: A previous version of this article unintentionally omitted one of two sources in the graphic 'How does electricity affect the environment?'. The Umweltbundesamt and WISE are the sources of the data. DW apologizes for the error.