New explosions have rocked the disputed region of Nagorno Karabakh hours after Armenia and Azerbaijan reached a cease-fire agreement. Both countries have already accused the other of violating the truce. 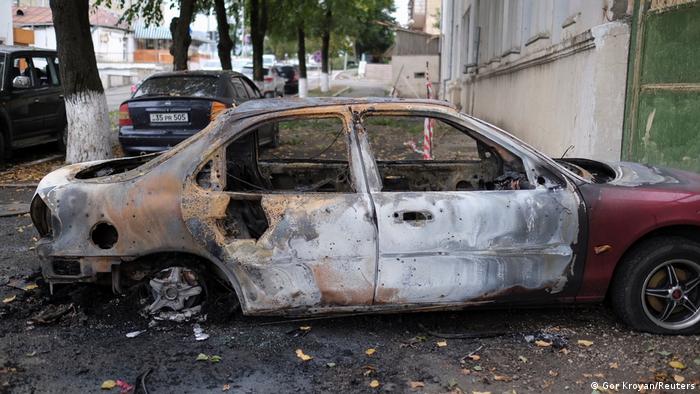 Nagorno Karabakh saw fresh explosions late on Saturday hours after a Russia-brokered cease-fire between Armenia and Azerbaijan, according to the French news agency AFP.

Seven explosions shook Stepanakert, the capital of the disputed region, around 23:30 local time (21:30 UTC), an AFP journalist reported. Sirens sounded to warn residents to take shelter in their basements or safe places.

Armenia and Azerbaijan, two neighboring former Soviet republics, had agreed to a cease-fire 11 hours prior to the explosions on Saturday. The cease-fire, which was reached after marathon talks in Moscow advocated by Russian President Vladimir Putin, aimed to stop two weeks of fighting between Azerbaijani forces and ethnic Armenians.

However, they both accused each other of violating the accord hours after it came into force at noon. A senior official told the AFP that the truce was only meant to be "temporary."

Nagorno Karabakh is internationally recognized as part of Azerbaijan, but the area is run by ethnic Armenian inhabitants.

The most recent fighting is the heaviest since the end of a war over the region from 1991-1994. More than 450 people have been reported killed over the past two weeks, with thousands forced to flee their homes.