Half of Nagorno-Karabakh's population displaced by fighting 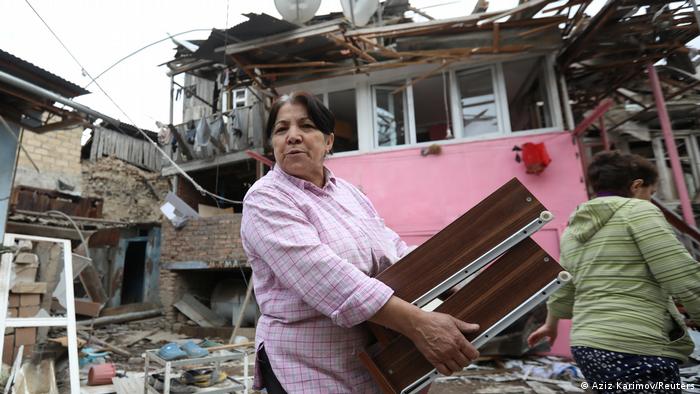 Half of the population of the  Nagorno-Karabakh region have been displaced since fighting erupted last week between Armenian separatists and Azerbaijan, rebel officials said on Wednesday.

"According to our preliminary estimates, some 50% of Karabakh's population and 90% of women and children — some 70,000 to 75,000 people — have been displaced," Karabakh rights ombudsman Artak Beglaryan told the AFP news agency.

The two sides have been in conflict for decades over the ethnically Armenian region of Azerbaijan, which broke away from Baku in the 1990s. The war then claimed at least 30,000 lives.

Shelling by Azerbaijan during the last week has reduced Karabakh's main city into a ghost town, with many unexploded bombs in the streets.

Nearly 290 people have been killed since the most recent clashes erupted, including 47 civilians.

Fears are growing the conflict will develop into a full-blown war. Neighboring Iran warned against this on Wednesday, with President Hassan Rouhani saying, "We must be attentive that the war between Armenia and Azerbaijan does not become a regional war."

In the Bundestag parliament in Berlin, Heiko Maas called on Azerbaijan to agree to a ceasefire in the region, telling lawmakers that Armenia had signaled its willingness in theory. If not, the German foreign minister said the EU should increase pressure on Baku. 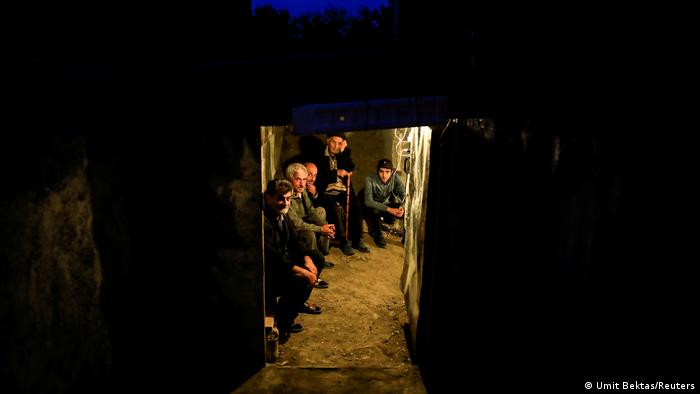 People hide in a dugout in Nagorno-Karabakh

Russian President Vladimir Putin also weighed in on Wednesday to call for fighting to stop. He described the conflict as a "tragedy."

Putin, who holds major sway in the area, which was part of the USSR for much of the 20th century, also said he is in constant contact with Armenian Prime Minister Nikol Pashinyan. He also spoke to Azerbaijani President Ilham Aliyev, Russian news agency TASS reported on Wednesday.

"What we are facing is an Azeri-Turkish international terrorist attack," he told Sky News on Wednesday. "To me, there is no doubt that this is a policy of continuing the Armenian genocide and a policy of reinstating the Turkish empire."

The Armenian genocide refers to the killing of 1.5 million Armenians by the Ottoman Empire, modern-day Turkey, from 1915 to 1923.