Ex-Argentine President Carlos Menem has been acquitted of covering up a 1994 Jewish center bombing. However, eight others including an ex-judge and former intelligence chief were convicted for a range of crimes. 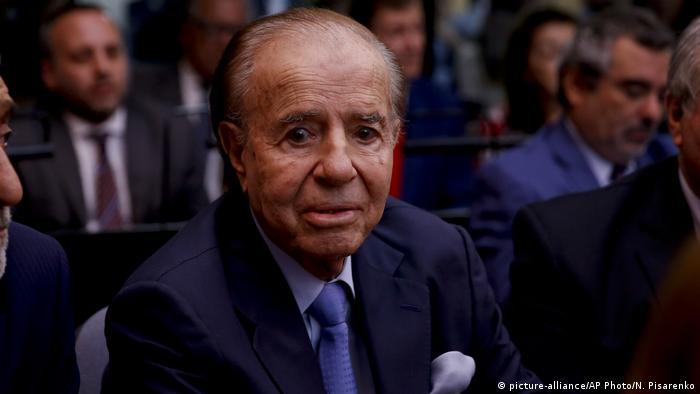 Former Argentine President Carlos Menem has been cleared of charges he interfered with the investigation into a 1994 Jewish center bombing that killed 85 people.

Nobody has been convicted of the truck bombing of the Argentine Israelite Mutual Association (AMIA) in Buenos Aires. Argentina and Israel have blamed Lebanese Hezbollah operatives and Iran, which deny involvement.

The case has long been plagued by accusations of irregularities and obstructed investigations.

Following a four-year trial, former intelligence chief Hugo Anzorreguy was found guilty of obstructing the probe into the bombing and sentenced to four-and-a-half years in jail.

Former judge Juan Jose Galeano, who initially led the bombing investigation, was sentenced to six years for concealment and violation of evidence.

Galeano was found to have given $400,000 (€352,000) to car dealer Carlos Telledin, who was accused of selling the truck used in the attack on the Jewish center.

The money came from Argentina's intelligence services, which was headed by Anzorrequy.

Telledin was sentence to three-and-half-years in prison. Prosecutors said Telleldin was given the money in return for implicating four police officers early on in the probe.

Eight out of the 13 defendants accused of various charges including obstruction of justice and corruption were found guilty and sentenced to jail. Among them were two police officers and two former prosecutors in the case.

Galeano denied prosecutors' accusations that he had acted on the orders of Menem, who served as president between 1989-1999. 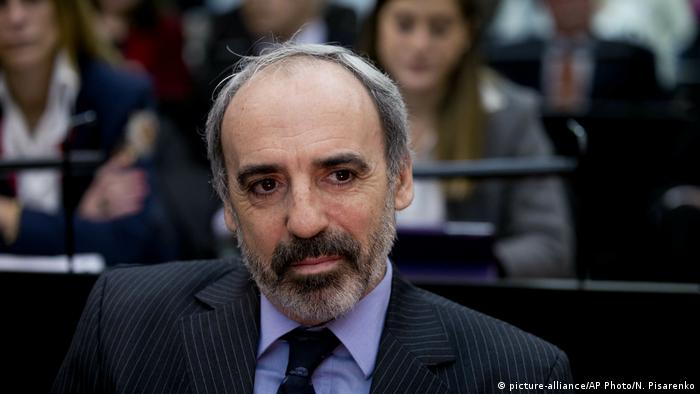 Former judge Galeano did not implicated Menem in any cover-up

Menem, 88, was suspected of trying to cover up an alleged investigation into a Syrian connection to the bombing that prosecutors abandoned. The so-called Syria track led to Syrian businessman Alberto Kanoore Edul, a friend of Menem who along with others reportedly helped purchase bomb making materials.

That case centers on a 2012 political deal with Iran to allow Iranian suspects to be questioned by Argentine prosecutors. Tehran never implemented the deal, but prosecutors accuse Kirchner of corruption and absolving Iran in return for trade deals.

Interest in the Kirchner case increased when another prosecutor, Alberto Nisman, was found dead with a gunshot to the head in 2015 before he was to appear in Congress to accuse top officials of a cover-up around the Jewish center bombing.

Being Jewish in France: 'Just go back to Tel Aviv!'

With roughly half a million people, France is home to the world's third-largest Jewish community, after Israel and the US. Nevertheless, many Jews no longer feel at ease in France in the face of increasing harassment. (27.02.2019)

Israel has slammed a UN commission that looked into violence during a series of Gaza protests last year as setting "new records of hypocrisy and lies." The body said Israeli soldiers "intentionally" targeted children. (28.02.2019)

Lukashenko: Belarus and Russia will face external threats together 0m ago