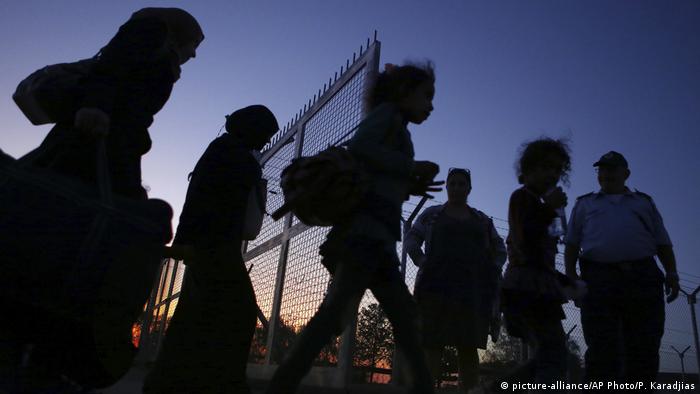 International organization Oxfam on Thursday said EU development funds for Africa were often tied to the ability for countries to curb migration to the continent.

Between November 2015 and May 2019, nearly €4 billion ($4.4 billion) was spent largely without public oversight, according to Oxfam. The allocation of the funds was often based on political considerations rather than effectiveness and need.

The EU Emergency Trust Fund for Africa was singled out in the Oxfam report. The fund was often utilized as a migration policy instrument, and some of its largest recipients were countries with known patterns of abusive behavior towards migrants, such as Libya.

'No one tracking the money'

Oxfam's Raphael Shilhav, one of the main researchers of the report, said the lack of transparency in the allocation of funds — often a prerequisite for its release — posed major problems.

"There's no one tracking the money beginning to end," Shilhav said. However, he noted that with the significant number of organizations and countries involved, it is a challenge to keep track of.

Libya has come under increased scrutiny over the past two years following reports of mass detention centers where authorities abused migrants and, at times, forced them into hard, unpaid labor or slavery.

Under the Sophia naval mission, the EU has provided support to the Libyan coast guard to stem the flow of migrants across the Mediterranean to Italy.

Could Germany's constitutional right to asylum be pruned?

One contender to take over as successor to Angela Merkel has questioned whether Germany's constitutional right to asylum should stay in its current form. It's not the first time the law has been a political hot potato. (22.11.2018)