The EU migrant relocation and resettlement scheme - what you need to know | News and current affairs from Germany and around the world | DW | 06.09.2017

The European Court of Justice has dismissed Hungary's and Slovakia's challenge against the EU's 2015 refugee quota policy. DW looks at how the EU's relocation scheme works and how far it's succeeded. 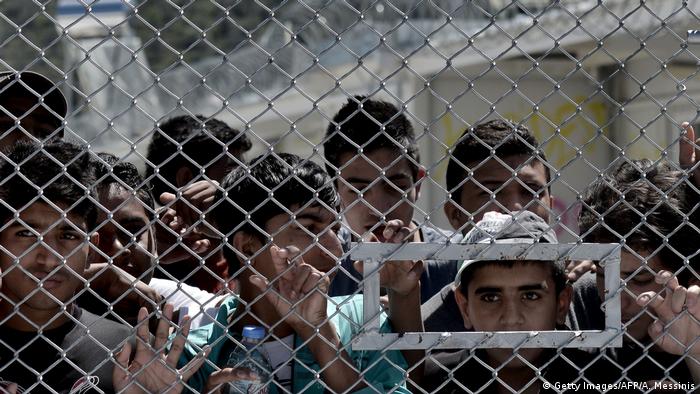 In September 2015, the European Council voted to launch an emergency scheme to relocate the hundreds of thousands migrants arriving in Europe from war-torn regions in the Middle East and North Africa,

The scheme was triggered as an emergency response from Italy and Greece, the main countries for the arrival of migrants landing in Europe. Prior to that, the EU relied on the so-called Dublin rules, which stipulate that migrants must apply for asylum in the EU state at the point of entry.

Read more: Angela Merkel: On migrants EU needs to 'do its homework'

However, as it became apparent that Greece and Italy could no longer handle that burden, the EU Council voted in favor of a proposal put forward by the European Commission to fairly relocate migrants among all EU member states.

Reunion at the border

Since the scheme came into force, migrant flows from the Middle East have declined, thanks namely to a controversial deal the EU signed with Turkey to send back refugees. However, the number of migrants arriving in Italy from Africa this year has continued to be in the tens of thousands.

How are migrant quotas worked out?

Based on the European Commission's policy paper, each country's quota is based on "objective, quantifiable and verifiable criteria that reflect the capacity of the member states to absorb and integrate refugees."

Particular weighting was given to each member state's population size, and thus its capacity to absorb refugees, and gross domestic product, which served as a reflection of how well refugees would be able to integrate into the economy.

Has the scheme succeeded?

One obvious shortcoming in the EU's relocation scheme was the total numbers of participants.

The relocation and resettlement initially pledged to subject some 100,000 migrants to transnational quotas, only a fraction of the total number admitted into the EU. However, earlier this year that target was dropped to just 33,000 as the estimated number of eligible migrants was substantially revised.

Two years on, just 28,000 migrants have been relocated under scheme, as authorities struggle to get people into the scheme, citing administrative bottlenecks, delays and strict demands from receiving states.

Prior to the European Court of Justice's decision Wednesday ordering all states to adhere to the quota, a handful of central European states had effectively refused to take part in scheme. Slovakia had taken in just 16, the Czech Republic 12, and Hungaryand Poland none at all.

The scheme is scheduled to end this month on September 26, although anyone arriving in a European Union member state before that date is eligible for relocation. According to the ECJ ruling, countries that have not met their quota will be required to settle migrants, even once the scheme has ended.

It means that Slovakia, the Czech Republic, Poland and Hungary will likely have to settle around 3,000 migrants between them as part of the quota.

The Migration Dilemma: 'If I die, it's bad luck'

What migrants face on Lesbos – and why it's getting worse

Asylum-seekers stranded on the Greek island of Lesbos can expect things to deteriorate even more: Numerous NGOs that provide health, legal and other services are preparing to pull out or have already left. (04.09.2017)