Will the Emergency Trust Fund for Africa, launched at the Valletta Summit on Migration, deter people like Gambian migrant Bubacarr Jallow from seeking a more prosperous life in Europe? Migration experts think not. 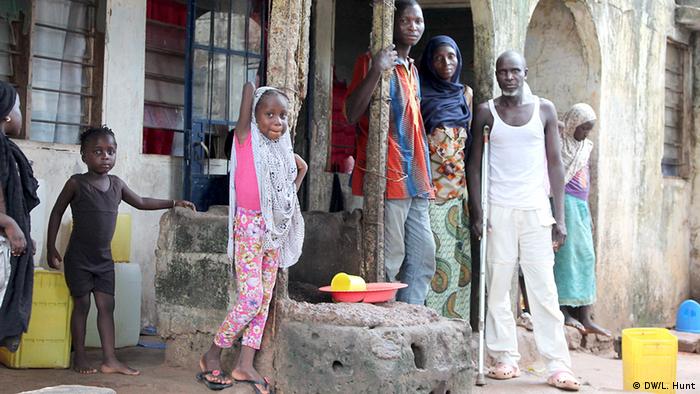 Abdou Jallow* (photo above, in white with his family) sits on the edge of his sofa leaning on his crutch as he warily explains why he thinks his son Bubacarr risked his life to reach Europe.

"According to Bubacarr it was our conditions that forced him to go," he says, counting a total of 30 mouths to feed within the dilapidated family compound in the sprawling urban area of Gambia's coastal region.

"We need six bags of rice every month and when we have finished one we go hungry until the next one," says 57-year-old Abdou, who is the family's main breadwinner and works as a carpenter. He is limping from a work injury.

His second eldest son, 23-year-old Bubacarr, left his family in September 2014 without telling them of his plans to attempt to reach Europe.

During his eight-month 5,000-kilometer overland journey, crossing Mali and the Sahara Desert, Bubacarr was robbed of his smuggling fare and his older brother Saul had to send his savings to help him, while Bubacarr worked as a laborer to earn the rest of his passage.

Abdou does not go as far as say he thinks his son made the wrong decision, but his sigh belies their conflicting opinions.

"I tried to discourage him. I found him work as a carpentry apprentice. But he felt he wouldn't find the work here to make any improvement on our lives. I could not stop him. That's why so many youths are leaving."

Bubacarr, along with 95 others, was rescued in May from a stricken rubber dinghy 30 kilometers off the coast of Libya by the Migrant Offshore Aid Station (MOAS).

He was among more than 5,500 Gambians who have successfully made it across the Mediterranean to Italy from Libya in the first eight months of this year, according to the latest data from the Italian interior ministry.

With literacy levels in Gambia at 42 percent nationwide, and youth unemployment standing at 38 percent, according to a 2014 United Nations Development Program report, low skilled, young Gambians, particularly from impoverished rural communities, are those most likely to take the "back way" to Europe, as it is known.

It is people like Bubacarr who the European Commission hopes will soon be deterred from attempting to illegally reach Europe through a 1.8-billion-euro ($1.9 billion) injection of additional development aid aimed at tackling the root causes of migration in Africa. 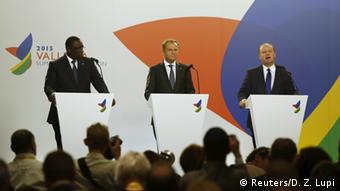 The Emergency Trust Fund for Africa was the centerpiece of last week's Valletta Summit on Migration. Member states and non-EU donors were asked to match the European Commission's fund, and by the close of the summit 81.2 million euros had been pledged.

Essentially, the trust fund provided leverage for Europe to call on African governments for stronger cooperation on migration control and to do more to speed up returns and readmissions of failed asylum-seekers.

The idea is to deliver fast-tracked aid to development program addressing the drivers of migration - instability and lack of economic opportunities - in the main affected regions of the Sahel and Lake Chad, the Horn of Africa and North Africa.

For youths in Gambia, for example, this could mean more vocational training program and the creation of livelihood generation schemes such as micro and small enterprises.

If Bubacarr, who is now applying for asylum in Italy, does not qualify for international protection - which is highly likely due to Europe's toughened stance on irregular migrants - he could soon be deported back to Gambia. He may then find himself part of a new program to support reintegration of migrants into their communities, which is one of the ways the European Commission thinks the fund should be used.

Unlike regular European development funding that is subject to protracted approval processes, the trust fund is intended to be swiftly mobilized into action.

"This is precisely one of the advantages of the trust fund, that there is a simplification of the procedures for the adoption of financing decisions and that several modalities of aid delivery can be used, so the projects can start being implemented earlier on," says a spokeswoman for the European Commission's international development and cooperation office.

The first strategy board discussions on how the trust fund will be spent took place in Valletta immediately after the summit.

But the trust fund, and the broader approach of the EU member states at the summit, has been strongly criticized by some African and civil society representatives. Of greatest concern is the linking of development aid to migration control. 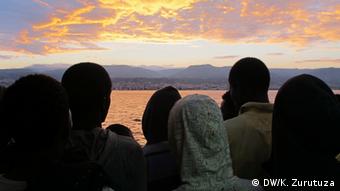 "We were told this [the trust fund] is something that we give you to take care of migrants.' It is conditionality of aid when it becomes linked with migration issues," says Odile Faye of the Migration and Development Civil Society (MADE) network in Africa, one of only two civil society members given a last-minute opportunity to attend the summit as an observer.

And there are many more questions that remain unanswered as to how the fund will be spent and implemented.

Oxfam's migration policy lead, Sara Tesorieri, says there needs to be a clear separation between development aid and funding for migration control. "These have different objectives and do not belong in the same pot," she says.

As to whether the EU's "quick fix" strategy will succeed in overcoming vast systemic challenges and reduce migration, Tesorieri suggests it could end up having the opposite effect.

"The evidence suggests that increasing development in the least developed countries in the short-term increases mobility, both from and to a developing country. Is that per se a problem? Definitely not, but if Europe is hoping that improving livelihoods will slow migration, this is the wrong premise."

*Names have been changed to protect individuals' identities.

In Libya, a safe haven for refugees

Migrants and refugees from Africa and beyond find shelter in a former major smuggling route to Italy. Karlos Zurutuza reports from Zuwara, Libya. (15.11.2015)

European Union leaders have agreed on a 1.8-billion-euro "trust fund" for Africa, aimed at tackling the main causes of mass-migration. Brussels hopes the amount can be doubled with contributions from member states. (12.11.2015)