European Union leaders have agreed on a 1.8-billion-euro "trust fund" for Africa, aimed at tackling the main causes of mass-migration. Brussels hopes the amount can be doubled with contributions from member states. 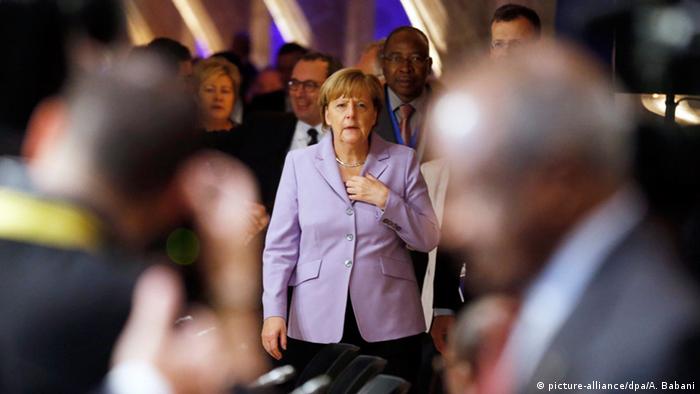 European heads of government attending a summit with their African counterparts on Thursday approved the fund, with Brussels calling on EU nations to pledge more.

"For the Africa Trust Fund and our response to be credible, I want to see more member states contributing and matching the 1.8 billion euros ($1.9 billion) the EU has put forward," European Commission President Juncker said as EU leaders signed the deal.

The European Commission has been establishing the trust to tackle causes of migration such as poverty and armed conflict. It has urged member states to collectively match the figure.

At the end of the summit on Thursday, Donald Tusk, president of the European Council, warned that Europe's passport-free Shengen area could collapse "without effective control of our external borders." "We must hurry," he added, "but without panic."

The money is, in part, aimed at persuading African leaders to take back more economic migrants, with many countries reluctant to lose out on money sent back from their citizens living in Africa.

Mahamadou Issoufou, president of Niger, said the trust fund would be "far from enough." "What we want is not just official develpoment assistance in this form but reform of global governance," he added, calling for fairer world trade and more investment in Africa.

Senegalese President Macky Sall has taken issue with EU demands that African countries take back failed asylum seekers and other migrants. "Europe is insisting too much on this aspect," Sall said, claiming it was "discriminatory" to expel Africans while keeping Syrian refugees.

Sall also noted that most migrants to Europe do not come from his continent.

The European Asylum Support Office says that - between January and September - the top five areas of origin for the more than 1 million asylum seekers registered in EU states were Syria, the Western Balkans, Afghanistan, Iraq and Pakistan.

EU leaders were meeting separately on Thursday to discuss migration from Turkey, which has now surpassed North Africa as the main launch point for migrants and refugees coming to Europe. However, migration from the world's poorest continent is seen as a more long-term issue.