Europeans oppressed by liberalism ′welcome′ to seek asylum in Hungary | Europe | News and current affairs from around the continent | DW | 10.02.2017 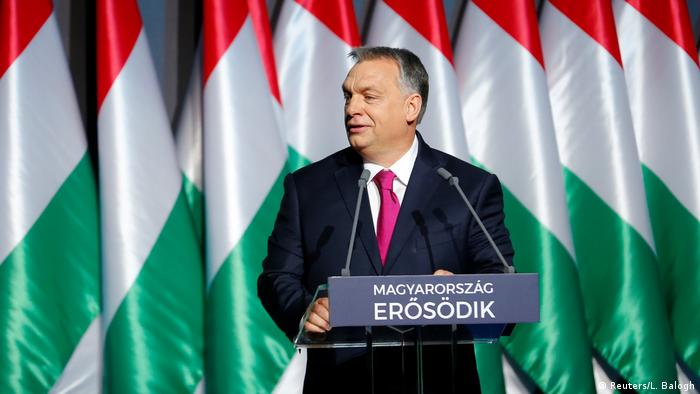 Budapest has said all migrants will be sent to detention centers while their asylum applications are pending.

Years of frosty relations between the United States and Hungary could be at an end. US President-elect Donald Trump spoke highly of Viktor Orban, one of his biggest fans in Europe, despite a shakey record on democracy. (25.11.2016)

"Naturally, we will take in the real refugees," Orban said at his annual state of the union address. "The panicked German, Dutch, French and Italian politicians and journalists, Christians forced to leave their countries will find here the Europe they lost at home."

The audience received the comments with laughter and loud applause

Together they had created a "worldwide network" to deliver "hundreds of thousands of migrants" into Europe. "The former government of the US and the governments in Brussels and Berlin have ensured that immigrants cannot be stopped, but we have done so," Orban told followers.

Earlier on Friday, Budapest said all of its migrants would be sent to detention centers while their asylum applications were pending, with Orban admitting that put his country in "open conflict" with the European Union. 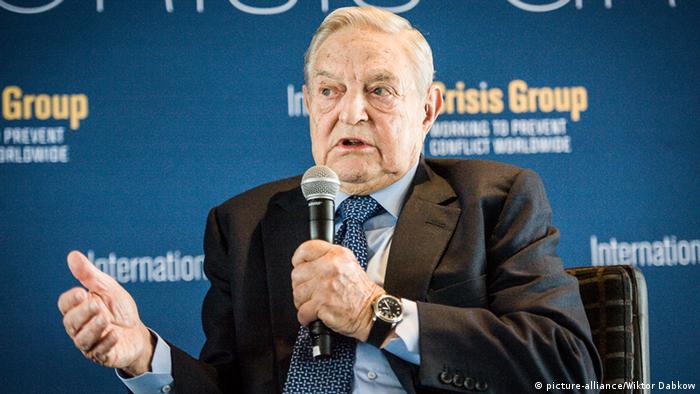 In the same state of the union address, Orban claimed prominent billionaire financier George Soros and groups backed by him wanted to secretly influence the country's politics.

Orban said groups receiving funding from Hungarian-born Soros needed to be made transparent and identifiable.

"Large-bodied predators are swimming here in the waters. This is the trans-border empire of George Soros, with tons of money and international heavy artillery," said Orban, who received a Soros-funded scholarship as Hungary was transitioning from communism to democracy in the late 1980s.

"It is causing trouble ... that they are trying secretly and with foreign money to influence Hungarian politics," Orban said.

He did not cite evidence backing his claims, and did not identify the groups he mentioned.

In an email to The Associated Press, a Soros representative said they were "proud to support Hungarians who insist on having a voice in their democracy."

"Any attacks on this work and those groups are solely an attempt to deflect attention from government inability to address these issues."

The managing director of Budapest think tank Political Capital said Orban's speech reflected a trend towards nationalist, populist neo-right politics in the country. Orban, who returned to power in 2010, has frequently clashed with the EU on refugee policy and will seek another four-year term in April 2018.