NATO declines to push for a diplomatic solution over dissolution, blaming Russian violations for the US move. Could a new summit between Donald Trump and Vladimir Putin offer a last chance to save the INF? 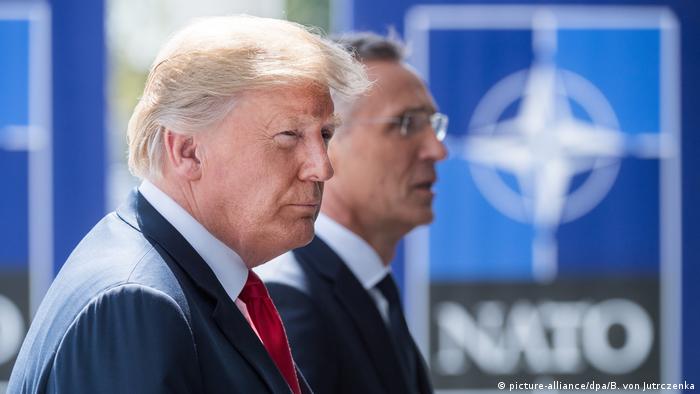 Asked repeatedly whether the US should try yet again through diplomatic means to bring the Kremlin into compliance, NATO Secretary General Jens Stoltenberg maintained Wednesday it was Russia's fault the treaty had become "untenable." He did not mention a preference for further negotiations over the dissolution of the 1987 accord that eliminated all nuclear and conventional missiles, as well as their launchers, with a range between 500-1,000 kilometers (310-620 miles) and 1,000-5,500 kilometers.

This is in contrast to the European Union response, which forcefully underscored the significance of the accord as having "contributed to the end of the Cold War, to the end of the nuclear arms race," praised as "one of the cornerstones of the European security architecture." European Commission Spokeswoman Maja Kocijancic said the "US and Russia need to remain engaged in constructive dialogue to preserve the treaty and to ensure its full and verifiable implementation which is crucial for Europe's and global security."

Lambsdorff: 'The treaty has served everybody rather well'

While a US team will come from Washington to brief NATO ambassadors Thursday on technical aspects of US intentions, no European ally has called for a special meeting to discuss the developments whose suddenness, if not substance, took many by surprise. Explanations for the expediency have not been forthcoming from the White House.

Stoltenberg's understated characterization of the situation is that allies are "assessing "the implications of the new Russian missile for our security," maintaining that it's the missile alone that's a threat, not also the dissolution of the treaty, but that's not to say there haven't been nervous discussions taking place informally in NATO hallways since Trump's announcement last week.

Katarzyna Kubiak, a nuclear and arms control policy expert with the European Leadership Network, suggests Europeans should strongly underline their own security interests related to the INF, which she notes was described as a "landmark arms control treaty" in the July 2018 NATO summit document. She pointed out that German Foreign Minister Heiko Maas and French President Emmanuel Macron have expressed their disappointment and concern, but there's certainly no groundswell of displeasure, much less pressure, from European capitals to give diplomacy another shot.

While there also has been no European government backing up National Security Advisor John Bolton's claim that some were "very happy" about the decision, Kubiak acknowledged the situation affects each country differently. "Some particular individual NATO allies have their own national interests they try to pursue with the current US government," she pointed out, which are more important to them than the INF and they don't want risk provoking Trump's ire. 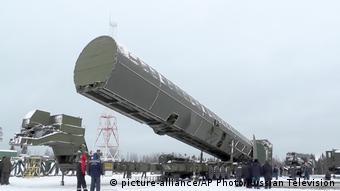 She believes this is a short-sighted view. "They are going to come under pressure to develop and potentially deploy defensive and offensive countermeasures and responses," Kubiak predicted. The Trump administration has openly discussed plans to match the treaty-busting missile Russia has acknowledged developing, the 9M729, as well as to work on sea-launched cruise missiles. "So it's not only about the current crisis with the INF," she explained to DW, "but it's also preventing crises which will appear with the discussion about new deployments in Europe."

Stoltenberg emphasized, however, that he did "not foresee that allies will deploy more nuclear weapons in Europe as a response to the new Russian missile."

ICAN: NATO as US buffer against criticism

The Nobel peace prize-winning International Campaign to Abolish Nuclear Weapons (ICAN) sees an opportunity to illustrate why European governments should "stop relying on bilateral agreements between Russia and the US" for their security, Leo Hoffmann-Axthelm, ICAN's EU representative, told DW.

His organization is campaigning for enactment of the UN Nuclear Weapon Ban Treaty of 2017, which is on its way to getting ratified by the minimum 50 nations, and he hopes European governments will be among the first adopters. Hoffmann-Axthelm asserts that would be a better way to ensure European security.

"The whole point here is to make sure that the taboo on nuclear weapons is strengthened. We are all going to suffer the terrible consequences if anything goes wrong" in the nuclear standoff between the US and Russia, he explained. "Currently NATO states are enabling and shielding the United States from any criticism on nuclear weapons. If all of the states come together to criticize this practice then that's going to fundamentally change the conversation, especially with Trump in office."

Moscow must prove it will comply

Former NATO diplomat Jamie Shea, now with the Friends of Europe think tank in Brussels, disagreed, saying while nuclear stability is in everyone's interest, the onus now is on Moscow.

"It's to all of our advantage to preserve the treaties we have," Shea told DW. "The Russians have said this treaty is important. Well, if you want to keep it then do what's necessary to not violate it and to respect it. So my sense is the ball is really in Moscow's court at the moment."

Kubiak says she hopes the US will hold off formal notification of quitting the INF until Trump meets Putin, expected November 11, to give it one more diplomatic push. "It's not that there are no solutions left," she said. "It's just the question of whether there is the willingness on both sides to really sit down and work out a technical solution to the problem."

A landmark Cold War-era nuclear arms control treaty between the United States and Russia is at risk of collapsing. A tit-for-tat escalation could endanger security, divide NATO and undermine arms control agreements. (09.12.2017)