The EU wants to cut off terrorists' finances more quickly. And money laundering is to be criminalized throughout the EU. What took so long? Bernd Riegert reports from Brussels. 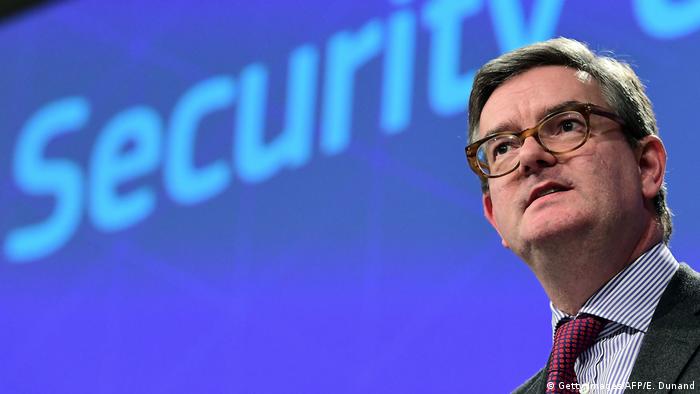 If you want to fill out a bank transfer or send money to the so-called "Islamic State" (IS), it's not particularly difficult. The Raqqa branch of the "Commercial Bank of Syria," which is controlled by "IS," is still part of the international banking system's SWIFT code registry. One can find it on the homepage of the SWIFT payment service provider, which operates its database from La Hulpe, south of Brussels. According to the SWIFT website, the bank's current status is active.

How does that square with the European Union's loudly-proclaimed aim of combatting the financing of terrorism? Not well at all, says EU Parliamentarian Fabio De Masi, a representative of Germany's Left Party. "It is scandalous that banks under the control of 'IS' still have access to the international SWIFT system," said De Masi in Brussels. If the EU wanted to, it could shut down the bank's access to SWIFT's vital database. However, that would only be possible if the state banking system in Syria were shut down, because the "IS" bank is still a part of the national banking system controlled by the regime of Syrian President Bashar al-Assad. Business at the Raqqa bank is routed through Damascus. "Neither the European Council, the European Commission nor the German federal government could answer the written inquiry into just how many accounts with connections to 'IS' have been shut out of the EU's banking system," said De Masi.

Now, two days after the attack in Berlin, three EU commissioners were in Brussels to present new measures to help curb terrorism financing. The timing was not directly related to the attack. The European Commission has attempted to deal with the topic more effectively for almost two years now - in response to the January 2015 attacks at the satire magazine "Charlie Hebdo" and a Jewish supermarket in Paris. Progress has been slow. A year ago, EU finance ministers pushed forward and called for more coordination and international cooperation. One year on, the EU justice minister has presented the first results of that effort. But there was no talk of cutting off suspicious banks' access to the SWIFT network. SWIFT is a private cooperative made up of thousands of banks around the world, and it describes itself as politically neutral. Potentates, customers from tax havens and even terrorists are all welcome customers. 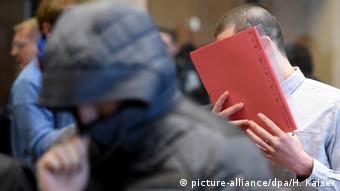 Justice Commissioner Vera Jourova explained her plan thus, "In the future, all EU member states will recognize the seizure of terrorists' assets or the freezing of accounts in every EU country." When a judge freezes an account in any member state it is to be effective throughout the entire EU within 48 hours, she said, adding that until now, the process has taken weeks. "Loopholes must be closed," said Jourova. Soon, accounts held by terrorists' families and spouses are to be confiscated as well. Today, it is estimated that some 98 percent of terrorists' assets remain unfrozen, said Jourova, adding that has to change.

The movement of cash within the EU will not be restricted. One will only be obliged to declare transports of cash sums exceeding 10,000 euros ($10,440) when traveling across national borders. This rule is to be expanded to include gold and prepaid credit cards. Commissioner Jourova says she hopes that the measures will help limit money laundering.

Britain's new EU Commissioner Julian King (pictured at top), who will be responsible for security until Great Britain leaves the EU, says that he wants to hit terrorists where it hurts them most: financing. Since money laundering and terrorism almost always work across borders, he said he was pleased to see that member states had agreed that money laundering would now be recognized as a criminal activity throughout the EU. Other proposals will be strengthened. In some cases, tactical investigations dictate that it is better to not stop the flow of terrorists' finances, but rather to follow the money. In best case scenarios, that plan of action leads investigative authorities deeper into criminal networks, according to King. He added that the new measures will "squeeze the space criminals and terrorists can operate in. They don't eliminate all risk." 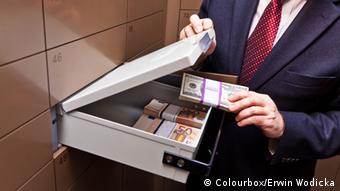 Over the last few years, a number of new payment and transfer possibilities have come into existence. Therefore, the EU now wants to prepare a study on them, addressing issues such as whether the virtual currency Bitcoin should be more strictly regulated. So far, the EU has depended heavily upon cooperation with US intelligence services to track financial transactions, using the EU-US terrorist finance tracking program (TFTP). The EU, said Security Commissioner King, must consider "whether a complimentary EU system might be necessary." It is unclear if such measures would help to avert attacks like those in Paris, Brussels, Nice or Berlin. The Islamic terrorists that carried out those attacks did not spend much on weapons, trucks or safe houses, and paid for everything with credit cards or their own finances. In most cases, there was no trace of major money transfers from "IS."

Dimitris Avramopoulos, the EU commissioner responsible for the EU's external borders, said that border protection must be improved. To that end, systematic border controls for EU citizens are to be introduced at the EU's external borders. That has not been the case to date. Previously, passports and personal identification cards were only visually inspected. Beginning next year, identification will be checked against databases containing information on arrest warrants, terror suspects and other offenses. This is supposed to allow authorities to find EU-passport-holding terrorists returning to their home countries from Syria. The EU also wants to use improved registration methods to find terrorists hiding among refugees and immigrants. "Last year was admittedly chaotic," says Avramopoulos. But he adds that now, 85 to 90 percent of last year's arrivals have been registered in the EURODAC database, which stores asylum seekers' fingerprints. According to the European Commission, Italy and Greece are currently registering almost 100 percent of new arrivals.

Giving birth in a Greek hospital is a worrying prospect for many refugees. With doctors performing caesareans on women left in the dark as to what is being done, they have good reason to be uneasy, reports Omaira Gill. (21.12.2016)

The political desecration has already begun, conflating the Berlin attack with refugee policy. All we know for certain is that such terrible crimes destabilize the country, says DW's Volker Wagener. (21.12.2016)

The alleged man behind the Berlin attack comes from Tunisia. Most of the foreign jihadis in Syria and Iraq also come from that country. Why are so many Tunisians recruited by "Islamic State" and al Qaeda? (21.12.2016)