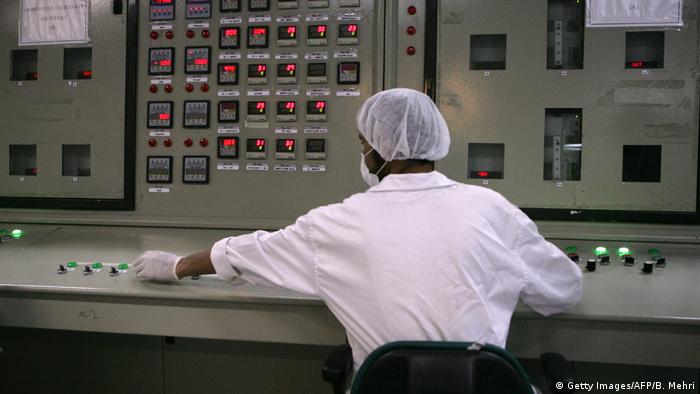 Six nations on Wednesday called for adherence to the Joint Commission of the Joint Comprehensive Plan of Action (JCPOA) — better known as the Iran nuclear deal. The meeting in Brussels cited concerns over the impact of US sanctions imposed on Iran and the 2018 withdrawal from the agreement.

Schmid tweeted that the meeting "concluded with substantial discussions on next steps."

Mikhail Ulyanov, the meeting's Russia representative, said the meeting was held in a "businesslike atmosphere" where participants "reaffirmed their commitment" to the Iran deal, while Iran's state-run news agency IRNA called the conference the "shortest ever" JCPOA meeting.

"Serious concerns were expressed regarding the implementation of Iran's nuclear commitments under the agreement," read the official EU statement.

"Participants also acknowledged that the re-imposition of US sanctions did not allow Iran to reap the full benefits arising from sanctions-lifting."

The representatives also expressed their solidarity with China and Iran in their efforts to address the COVID-19, or coronavirus outbreak.