Brussels' sentiments have cast a shadow over a White House deal between Serbia and its former province of Kosovo to normalize economic ties. Israel's PM has said he would have both nations open embassies in Jerusalem. 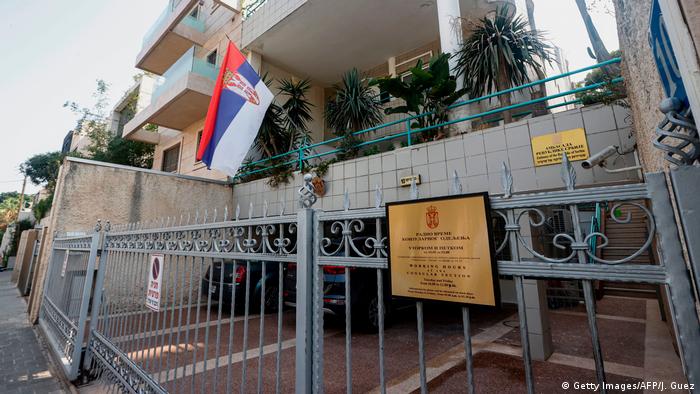 The European Union on Monday voiced "serious concern and regret" over Serbia's pledge to move its embassy in Israel to Jerusalem from Tel Aviv. Muslim-majority Kosovo also agreed to normalize its ties with Israel, including establishing diplomatic relations. Kosovo's president, Hashim Thaci said that his country "will keep a promise to place its diplomatic mission in Jerusalem."

Serbia and Kosovo — which want to accede to the European Union — would be the first nations in Europe to follow Guatemala and the United States in relocating their Israeli embassies to Jerusalem.

The potential move goes against the stance held by the EU. The bloc's official policy states that the holy city's status should be worked out between Israel and the Palestinians as part of peace negotiations.

"There is no EU member state with an embassy in Jerusalem," European Commission spokesman Peter Stano said.

"Any diplomatic steps that could call into question the EU's common position on Jerusalem are a matter of serious concern and regret."

Both Balkan leaders said on Monday that they attached "the highest priority to EU integration and to continuing the work on the EU-facilitated Belgrade-Pristina Dialogue" on comprehensive normalization of relations.

Kosovo declared independence from Serbia in 2008, about a decade after Belgrade sent troops into its former territory to crush an uprising by ethnic Albanian separatists.

Serbia refuses to recognize Kosovo's declaration of independence since the province broke away in the 1998-99 war that was ended by a NATO bombing campaign against Serb troops. Tensions have simmered ever since.

The former foes are both facing mounting pressure from the West to resolve their issues, which is considered crucial to either side joining the EU.

Romanian Prime Minister Viorica Dancila in 2019 said that her country would recognize Jerusalem as Israel's capitaland relocate its embassy from Tel Aviv. She later appeared to backtrack, saying that the announcement — made during a speech at the American Israel Public Affairs Committee (AIPAC) — was just a personal opinion.