Brussels has asked the Italian government to explain its lack of progress in reducing debt. Italy's populist government is accused of exposing the bloc to financial problems by ignoring budget discipline rules. 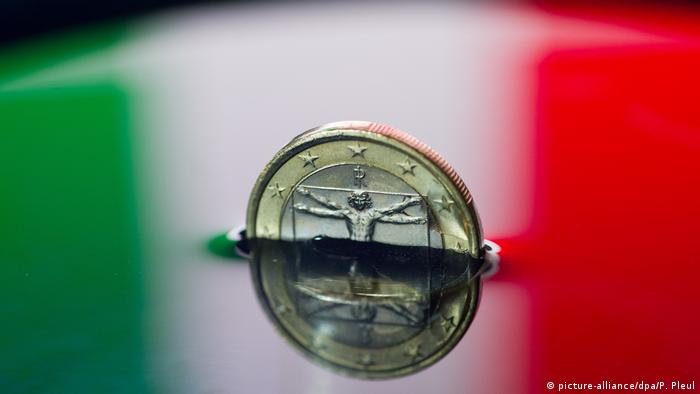 The EU on Wednesday issued a double warning to Rome about the precarious state of Italian public finances.

Brussels took issue with the country's rising level of debt in a letter to Economy Minister Giovanni Tria.

"Italy is confirmed not to have made sufficient progress toward the debt reduction criterion in 2018," said the letter, signed by EU Commission Vice President Valdis Dombrovskis and the bloc's Economy Commissioner Pierre Moscovici.

Italy only won EU approval for its 2019 budgetafter reducing its deficit to levels that were deemed to be acceptable. However, Rome went on to roll back austerity-inspired reforms and far-right deputy premier Matteo Salvini is now promising big tax cuts.

The Commission gave the Italian government until Friday to respond with arguments disputing its assessment. The country could eventually face fines although these would only come after an extended period of non-compliance.

Two warnings in one day

Brussels is releasing assessments of fiscal compliance across the Eurozone next Wednesday when it could open an excessive debt procedure against Italy.

Read more: Why is Italy still the sick man of Europe?

Earlier on Wednesday, the European Central Bank said countries like Italy were exposing themselves to the risk of problems further down the line by reversing and delaying economic reforms.

"A lack of fiscal discipline, the delay of fiscal and structural reforms, or even the reversal of past reforms may reignite pressures on more vulnerable sovereigns," the ECB warned in a report called Financial Stability Review.

Italy — the third largest eurozone economy — has the lowest growth of any currency bloc member and is second only to Greece when it comes to national debt.

Risk indicators on Italian government bonds increased this week after Salvini launched tirades against EU fiscal rules. He claimed that his party's showing of 34 percent in the polls in EU parliamentary elections demonstrated that he has a mandate to change the regulations.