The European Commission has launched a drive to reform its asylum rules in order to distribute refugees more evenly around the bloc. Officials have also said the refugee deportation deal with Turkey is "a good start." 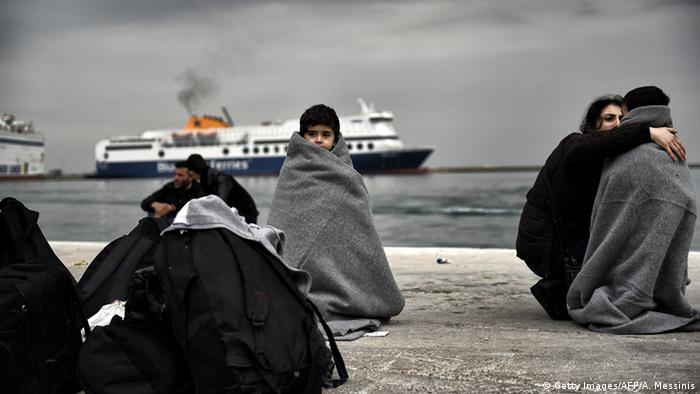 The European Commission outlined options on Wednesday to better distribute the number of refugees and amend the asylum-seeking process.

"We need to reform our European asylum system," the commission's First Vice President Frans Timmermans said during a press conference in Brussels. "The present system is not working."

In a document to EU institutions, the Commission said that "significant structural weaknesses and shortcomings" in the current system were rampant and placed "a disproportionate responsibility" on some nations, while others, mainly eastern European states, have attempted to avoid taking a share of the influx. 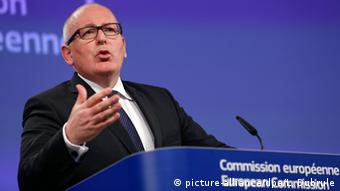 Timmermans: "The present system is not working"

One reform option would introduce a "corrective fairness mechanism" should a member state face "disproportionate pressure" from refugee arrivals in the future. This would keep the current Dublin rules in place, but allow for a distribution key once a maximum threshold has been reached for the state. Most of the EU countries support this option, an EU diplomat told news agency AFP.

A second, more drastic option would call for a "permanent distribution key" which would be based on the population and wealth of each member state. Distribution keys are perceived as veiled quota systems, which have been firmly rejected by numerous EU states.

"We will propose to turn the asylum procedures and qualification directives into regulations to make them immediately applicable in national law," said EU Migration Commissioner Dimitris Avramopoulos during the same press conference.

He also remarked that further details on the different options could not be released at this time because the plans must still be discussed with members of the European parliament and other stakeholders.

Under the EU's Dublin rules, those seeking asylum must register their claim at the first EU member state they set foot on. That country then decides whether to accept or reject the request.

Over 1 million people arrived in the bloc last year, with most entering through Greece and Italy. Greece was overwhelmed by the influx of arrivals and allowed many of the arrivals to continue unchecked towards northern European states such as Germany and Sweden.

The new changes to the Dublin rules come just two days after Greece began deporting migrants to Turkey in line with a controversial deal between the EU and Ankara.

The first 202 refugees were sent back to Turkey on Monday, with further deportation stalled as Greece processes thousands of last-minute asylum applications.

"We are still at the beginning, the numbers are very low," Avramopoulos said during the news conference. "But it's better to start working slowly. I believe in the course of time we will scale up... It's a good start."