The EU-Turkey deal is designed to stop refugees and crack down on human trafficking. But as deportations begin, more migrants are arriving in Greece than being returned. Anna Lekas Miller reports from the Aegean coast. 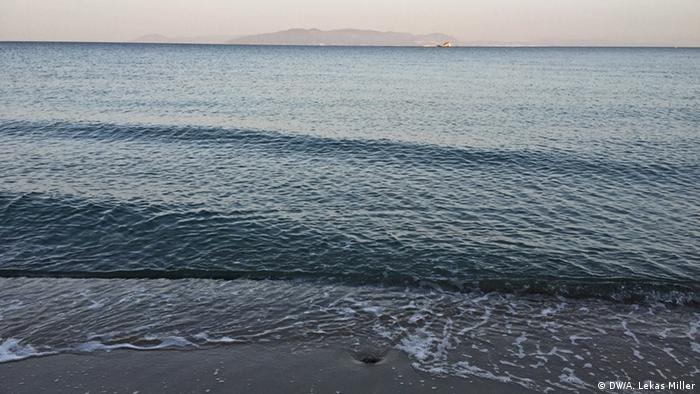 The sun rises slowly over Denizköy beach in Turkey casting a shimmering pink sheen over the crystal clear Aegean Sea. In the distance, the shadowy mountains of the Greek island of Lesbos rise over the horizon, a mere 30 kilometers away.

With its secluded, rocky coves, and nearby orchards, the beach - and others like it along the Turkish coast- is a frequent departure point for refugees, looking to reach Greece by boat.

While there are no boats on the horizon this morning, remnants of migrants who recently departed are everywhere. Baby clothes, diapers and other personal belongings litter the beach, most likely hastily discarded in an attempt to be as light as possible in an inevitably overcrowded and unseaworthy boat. A red life jacket hangs in a nearby tree, a reminder of the tragedy that continues on this otherwise idyllic patch of sand.

More than 700 people have drowned along this stretch of water so far this year, shipwrecked at sea as they tried to reach Greece and the European Union beckoning just beyond the horizon. Now those that survive the journey face the potential threat of deportation, one of the stipulations of the recently agreed EU-Turkey deal, which mandates that for every Syrian granted legal asylum in Germany, one illegal entrant will be deported.

However, while the deal is designed to stop asylum seekers from traveling illegally and to crack down on human trafficking, it appears to have done neither of these things. The same morning that the first 202 migrants were deported from Greece to Turkey, another 228 arrived on the Aegean Greek islands, defeating the purpose of the deal on its very first day.

Although the numbers show that the sea route to Greece has not been abandoned, anxiety over the deal has caused refugees to think twice before traveling to Greece with smugglers already charging more for the trip, capitalizing on the anxiety.

A week ago, Abir, a 26-year-old mother from the Syrian city of Deir es-Zoor, was one of dozens of refugees, about to board a boat on a beach, just outside the now notorious smuggling hub of Izmir. However, as the smuggler piled more and more people into the boat, including her husband and three young children, she began to panic.

"I took one look at the water and I got so scared," she said, clutching the hand of her oldest son, outside the mosque in Izmir's Basmane neighborhood, now nicknamed "Little Syria" due to the number of refugees waiting in the city's central square to board boats to the Greek islands. Though her husband traveled to Greece, she took her three children back to Izmir to reconsider how they could join him in a safer way.

"I wanted more time to think and decide whether it was really worth the risk for myself and my children to travel by boat." 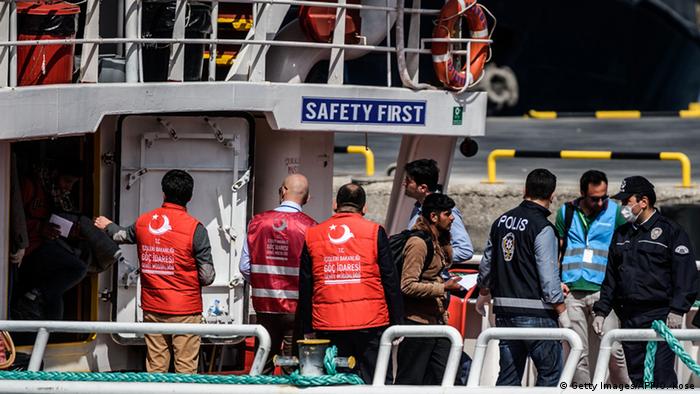 However, during the time she planned to work up the courage to join her husband, the EU-Turkey deal passed, making it significantly riskier to travel, and harder to find an affordable smuggler, as many used the political deal as an opportunity to raise their prices.

She looks down at her phone, hoping for a WhatsApp message from her husband, who is currently in the port of Lesbos, where he reports most Syrians are staying after the authorities separated the Syrians from the Afghans inside of the camp.

"I work on the sea," Hossam, a nicely dressed 33-year old who claims to be from the landlocked city of Aleppo winks.

Although the deal was designed to crackdown on the human smuggling industry, it caused only a temporary panic. In the first days, smugglers sought to revive old routes from Turkey to Europe, such as a long dormant route taking cargo ships from the southern coast of Turkey to Italy, a practice that became less popular once the cheaper, shorter, and safer route to Greece was discovered.

"That's the only way to survive as a Syrian here," Muhammed, a friend of Hossam's, sitting next to him on the steps of the mosque, chided. "Be a smuggler."

Chios is one of five hotspots in Greece where refugees are being imprisoned until they get shipped off to Turkey. DW spoke to the activist and blogger Benjamin Julian about the precarious situation. (05.04.2016)

Deportations from the Aegean islands to Turkey have stalled as migrants apply for asylum in Greece to avoid being sent back to Turkey. Some 200 migrants are expected to be deported to Turkey on Wednesday. (05.04.2016)