The European Commission will ask financial institutions to work with the European Central Bank to reduce emissions. Natural gas will replace coal as the fuel of choice. 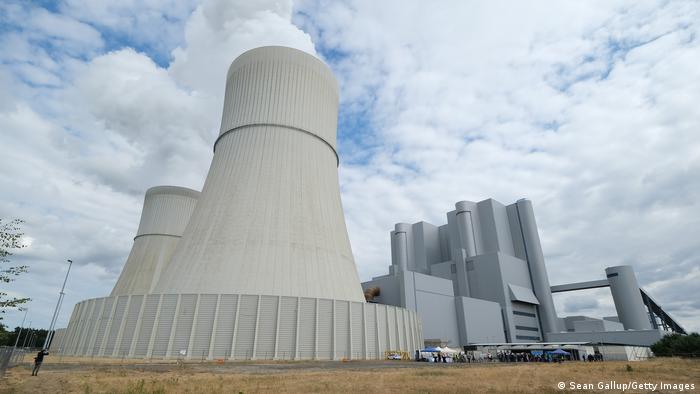 Coal-fired power stations like this one in Spremberg, Germany could be replaced

The European Commission revealed a new green financial plan on Tuesday to meet its 2030 goal of cutting emissions by 55% across EU member states.

The European Union body will need to raise €350 billion ($414 billion) a year to promote the use of natural gas over coal for power generation and push financial institutions to go green.

Achieving the 55% cut in emissions will be a major step toward achieving carbon neutrality by the middle of the century as proposed in recent climate agreements.

What will be the main power sources?

"For member states which need to quickly phase out coal, which is much more polluting, often natural gas can provide the fastest and most cost-efficient alternative," he said.

"Indeed, it's only about transition. So, actually, also natural gas will have to be phased out," Dombrovskis added.

Although natural gas is a fossil fuel, too, it is less polluting and more readily available than oil.

Nuclear power produces few emissions, but its waste is highly toxic and difficult to store.

How will private sector business be regulated?

"It's clear that public finance alone will not be able to cover this massive investment," Dombrovskis said.

He said the plan would ask banks and financial institutions to provide further details on what they are doing to help push for emissions cuts to prevent ″green-washing."

The EU executive is looking at passing laws to support what Dombrovskis called ″transitions″ activities, especially for energy creation.

The EU executive said it will put forward changes in bank rules so that environmental, social and governance factors are a central aspects of managing accounting risks.

This latest plan will build on a 2018 initiative to define green investments and corporate climate change policies.

By June 2023, asset managers, pension funds, banks and insurers will be expected to assess how each country′s financial market contributes to carbon emissions .

The European Central Bank will then play a key part in setting the best pace for transition with financial sector targets.

Markus Ferber, a senior member of the European Parliament, said: "The Commission's plan to integrate sustainability aspects into prudential regulation are a very risky endeavor,"

"We could undo a lot of the progress made since the last financial crisis," Ferber said.

Time could be running out for the Nord Stream 2 project as France may withhold support. The project to bring gas from Russia directly to Germany has many detractors, especially America.