A team of scientists has come up with a radical solution to heat cities using spent nuclear rods, which they say is cost-effective and greener than natural gas. As the EU moves away from coal, many are interested. 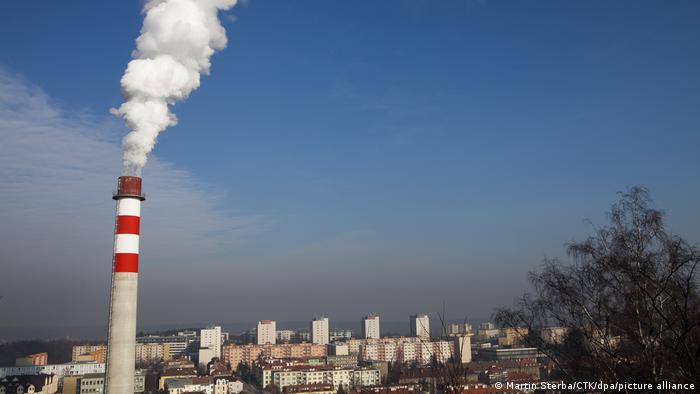 Almost every major city in the Czech Republic has a system of combined heat and power stations that are mainly fueled by coal. However, as the European Union gradually moves away from coal as an energy source, those cities are urgently looking for alternatives. While it is technologically possible to make the transition from coal to natural gas, the heat is likely to be much more expensive as a result.

Researchers at the Czech Technical University in Prague and the University of West Bohemia in Pilsen have come up with an innovative solution: the Teplator, a system which uses the radioactive decay heat produced by spent fuel rods from nuclear reactors to heat water. The team, led by Radek Skoda, has already been granted a patent for the concept and design of what it says is a very cost-effective alternative to coal and gas-powered plants.

Skoda, of the Czech Technical University, told DW that the project was particularly noteworthy because it allows power stations to generate heat from spent fuel elements that otherwise would have to be stored and cooled at great expense for many years.

"It would be possible to heat all big Czech cities just from the reserves of spent fuel already available today in the Czech Republic," said Skoda. "The type of spent fuel that the Teplator was designed for is not only used in Czech nuclear power plants but also, for example, in the Greifswald nuclear plant in eastern Germany that is now shut. The spent fuel could be used in our Teplator to heat Leipzig or Halle." He said that this could be done at about half the cost of a gas-powered plant. 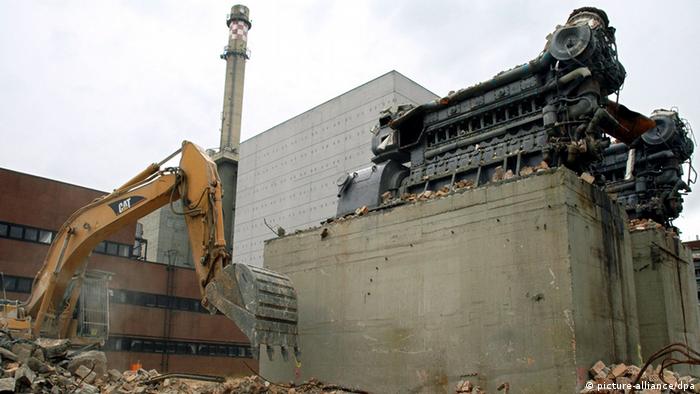 The nuclear power plant in Greifswald, Germany was torn down in 2004

Skoda explained that the Teplator was similar in size to "mini" nuclear research reactors already operating in major European cities such as Vienna, Prague and Munich but much simpler in terms of technology and design because it "only" generated heat. "The main problem with these small nuclear reactors is that they generate electricity, just like the larger nuclear power plants, and this is very expensive," he said.

The simplest version of the Teplator has been designed to operate at normal atmospheric pressure and at a temperature of 100 degrees Celsius (212 Fahrenheit), requiring fewer complicated technical solutions and materials.

Skoda explained that with the EU now transitioning toward cleaner energies, there was now considerable interest in the concept. He said that almost all of the Czech Republic's energy companies with a heating division were open to further exploring the idea.

"We are currently in the midst of concrete negotiations. We've also had meetings in Helsinki where authorities are thinking of converting the city's large-scale central heating system," he said.

The Teplator design is still awaiting the proper permits, but the team is searching for a site to build a first plant. "We are surprised by the positive reaction," said Skoda. "This is probably due to the fact that the acceptance of nuclear energy is quite high in the Czech Republic," he said.

Unlike in Germany and Austria, there is indeed very little resistance to nuclear energy in the Czech Republic. All the parties currently represented in parliament, even the Pirates which are part of the Greens–European Free Alliance in the European Parliament, are in favor of building more nuclear reactors. Only the Czech Green Party is against nuclear energy, but it has very little influence and polls consistently at about 2 or 3%.

However, Petr Kučera, a spokesman for the Czech Green Party, said the Teplator has two problems. "One is that it is a new technology where there is no experience with its operation," he said. " "Another problem may be the decentralization of the use of hazardous nuclear material. Instead of the current two nuclear power plants, it could be in dozens of places throughout the Czech Republic."

Still, Skoda hopes the first Teplator in the Czech Republic will be up and running by 2028. But he fears it will take longer to convince other EU countries, where nuclear energy is less popular.

Evzen Tosenovsky, a European lawmaker from the conservative Civic Democratic Party in the Czech Republic, told DW that he would promote the forward-thinking project in Brussels.

"It's a very interesting solution. The advantage of nuclear resources, as opposed to gas, is that they are emission-free," he said, adding that an economy based solely on renewables also poses risks.

"Moreover, gas makes us more dependent on Russia. Opponents of nuclear energy in the EU can't just ignore this argument."

Italy's outgoing government has set a three-year strategy to fight anti-LGBTQ discrimination amid fears of a roll-back of rights under the upcoming right-wing rule.

A Russian court has reportedly ordered that Memorial's office in Moscow "become state property." The move came hours after the rights group, which was disbanded last year, won the Nobel Peace Prize.

This week, Iranian suicide drones are said to have been used to attack the Ukrainian capital Kyiv. Tehran denies supplying Moscow. What do we know about drone imports?