As per the Digital Services Act (DSA), tech giants such as Facebook and Google will be expected to moderate illegal content on their platforms. It's the second part of the bloc's project seeking to rein in tech giants. 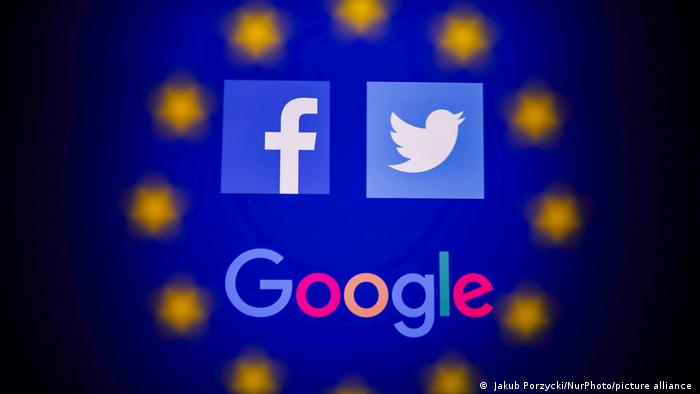 Tech giants will be forced to do more for the protection of minors.

The European Union countries and EU lawmakers on Saturday agreed on new rules requiring tech giants such as Facebook parent company Meta and Alphabet Inc's Google, among others, to do more to moderate illegal content on their platforms.

The Digital Services Act (DSA) is the second part of the bloc's massive project to regulate tech companies. EU antitrust chief Margrethe Vestager has been working towards reigning in Alphabet unit Google, Meta and other US tech giants.

"It’s a wrap! We have a deal on the DSA! Two years after we tabled the proposal," Vestager said on Twitter.

What are the rules of the DSA

"Our new rules will protect users online, ensure freedom of expression and opportunities for businesses. What is illegal offline will effectively be illegal online in the EU," European Commission chief Ursula von der Leyen said in a tweet.

In a press release, the European parliament said as part of the act, the European Commission and member states will have access to the algorithms of large online platforms. Illegal content will be removed swiftly, and online marketplaces will be made safer.

Perhaps the most important difference in the new EU rules to those in the US, where most of these internet giants are based, pertains to liability for material posted by third parties on platforms like Facebook or Twitter. In the US, host companies enjoy near-total immunity from liability for the material posted by third parties. Under the EU's new rules, these companies could face prosecution if they are notified that third party content on their site contravenes laws in the EU and then fail to take action to remove it.

For non-compliance, tech giants could face fines of up to 6% of their worldwide turnover. Repeated breaches could get them banned from doing business in the EU. The platforms will be made more transparent, and special care will be taken to protect minors, according to the EU.

Dark patterns, which are tactics that mislead people into giving personal data to companies online, will also be prohibited.

"As the law is finalized and implemented, the details will matter. We look forward to working with policymakers to get the remaining technical details right to ensure the law works for everyone," said Google in a statement.

The companies also face a yearly fee up to 0.05% of worldwide annual revenue to cover the costs of monitoring their compliance.

Medium-sized companies will be exempted from these rules.

"Under pressure from the conservatives, an exception rule for medium-sized companies was integrated, this is a mistake. Due to the large number of companies that fall under this definition in the digital sector, the exception is like a loophole," EU lawmaker Martin Schirdewan told Reuters news agency.

The guidelines come at a time when Beijing is cracking down on the tech sector for alleged monopolistic behavior and non-compliance of regulations.