EU or nothing, says Merkel′s coalition partner on transaction tax | Germany| News and in-depth reporting from Berlin and beyond | DW | 10.01.2012

EU or nothing, says Merkel's coalition partner on transaction tax

If a financial transaction tax were to be implemented in Europe, German Chancellor Merkel hopes it would apply to the whole EU but would settle for just the eurozone - an option her coalition partner finds unacceptable. 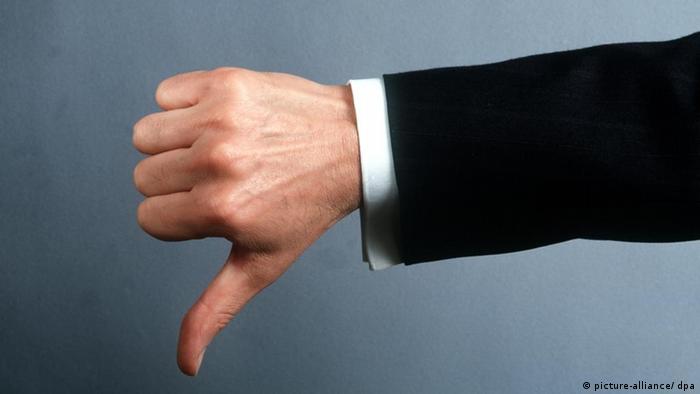 The FDP gives a thumbs-down to a eurozone tax

German Chancellor Angela Merkel's coalition partner, the Free Democrats (FDP), has made it clear it does not see eye to eye with Merkel on the idea of imposing a financial transaction tax that does not apply to the entire European Union.

After a meeting with French President Nicolas Sarkozy on Monday in Berlin, Merkel said she would prefer an EU-wide tax, but would settle for one that was limited to the 17-member eurozone.

The head of the FDP, Economy Minister Philipp Rösler, was adamant in his rejection of the suggestion.

"I'm standing pat: A tax like this must involve the entire EU, not just the eurozone countries," said Rösler, who is also Merkel's deputy chancellor, in an interview with the Frankfurter Rundschau newspaper. Otherwise, he said, economic competitiveness would take a hit and Germany would be forced to bear much of the burden.

Rösler and his party's firm stance against a eurozone transaction tax is a fissure in the coalition that could deepen if Merkel pushes to implement the tax without participation from the greater EU. Britain, for example, has expressed its opposition to the idea. 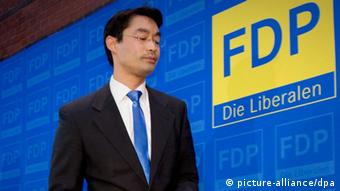 Rösler is not falling in line with Merkel

France, on the other hand, has said it would be willing to go it alone, even if the rest of the EU or the eurozone was not on board.

Rösler was backed by other members of the FDP on Wednesday.

"I'm sending a clear warning to the chancellor against taking this course of action," Frank Schäffler, an FDP parliamentarian and member of the finance committee, said in an interview with the Neue Osnabrücker Zeitung newspaper.

He added that the coalition of Merkel's Christian Democrats and the FDP was created with the aim of not increasing taxes.

In an interview with the Handelsblatt newspaper, Schäffler said a eurozone-only tax would be dangerous for Europe.

"The financial transaction tax cannot divide Europe once again and exclude Sweden and Great Britain, which are currently against the tax," he said.

French President Nicolas Sarkozy has met with German Chancellor Angela Merkel to discuss how to boost economic growth in the eurozone and to finalize a deal on tougher budget controls in the single currency area. (10.01.2012)

European leaders spent decades dismissing calls for a tax on the sale of shares, bonds and other financial instruments as left-wing hysteria. But now France and other EU members are examining the concept more closely. (09.01.2012)