France would go it alone on financial transaction tax, says Sarkozy | Europe| News and current affairs from around the continent | DW | 06.01.2012

As debate continues in the European Union over implementing a bloc-wide financial transaction tax, French President Nicolas Sarkozy has said his country would go it alone if the EU took too long to approve the tax. 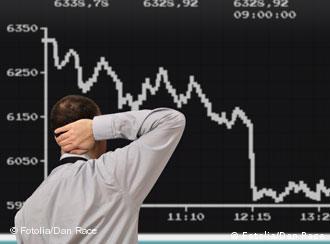 France has been pushing for the tax for some time

French President Nicolas Sarkozy said on Friday that if the rest of the European Union dragged its feet for too long, France would strike out on its own to impose a financial transaction tax.

"We will not wait until all the others agree on it before we implement it, we'll do it because we believe in it," he said in Paris following a meeting with Italian Prime Minister Mario Monti on Friday.

However, Italy has joined Germany in the past in urging EU members to jointly implement such a tax, rather than having members do it unilaterally.

Ahead of the meeting, Monti made his position clear.

"It is necessary that the different countries do not go it alone in the application of this tax. I believe in a European perspective," he said.

Britain opposes implementing such a tax, saying it would only drive business to other countries where the tax doesn't exist.

In the next few weeks, Germany and France's finance ministers are set to meet and discuss how much support the tax has.

Sarkozy and Monti also announced they would participate in a meeting with German Chancellor Angela Merkel on January 20.

This would come ahead of key meetings of the 17-nation eurozone and a meeting of the entire European Union.

Merkel is also scheduled to host a meeting with Sarkozy on Monday in Berlin.

EU finance ministers cannot even agree on anything within the eurozone, including the continuing debate over the financial transaction tax. Meanwhile, fears are growing over the political insecurity in Greece. (08.11.2011)

Germany has called for the eurozone to go it alone if necessary and implement a financial tax despite opposition from the US and UK. EU finance ministers, meanwhile, called for European banks to be strengthened. (17.09.2011)

Experts disagree on the effects of a financial transaction tax

Franco-German plans for a Europe-wide tax on financial transactions are popular with many politicians - but less so with banks. While some experts see the tax as a cure-all, others consider it a recipe for disaster. (31.08.2011)