How a transaction tax could tame the markets | Business| Economy and finance news from a German perspective | DW | 09.01.2012

European leaders spent decades dismissing calls for a tax on the sale of shares, bonds and other financial instruments as left-wing hysteria. But now France and other EU members are examining the concept more closely. 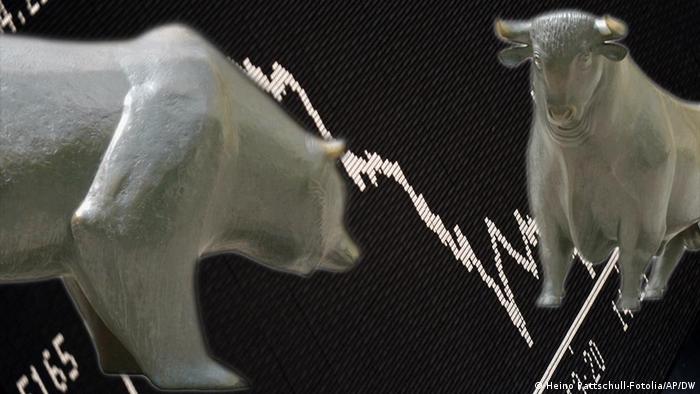 France wants to tame the markets with a transaction tax

In the past, politicians and bankers dismissed the concept of a financial transaction tax as an impractical left-wing pipedream. They argued such a tax would only harm the governments that introduce it.

If German imposed the levy, for example, but the United States didn't, then all trading activity in Frankfurt would simply move to New York – and the German economy would suffer.

But now resistance in Europe is crumbling. While German Chancellor Angela Merkel supports the concept of a financial transaction tax applied to the whole EU or at least the eurozone, French President Nicolas Sarkozy appears prepared to go it alone and could introduce a national levy by the end of the month. 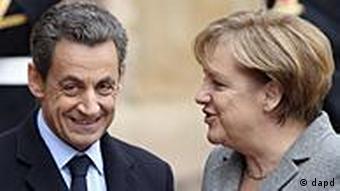 It's a development Peter Wahl, a globalization critic from the Berlin-based NGO "World Economy, Ecology and Development" (WEED), has been awaiting more than a decade.

"First, I think it's become clear that it's impossible to solve international problems if you always wait for the slowest feet-draggers and naysayers to get on board," Wahl told Deutsche Welle.

"And second, the financial crisis has proven – empirically – many of our arguments about the risks of speculation and the need to regulate financial markets more closely."

The rate of taxation under discussion is relatively low: 0.1 percent for stock and bond transactions, and 0.01 percent for derivatives bought and sold by banks, insurers and other financial institutions.

That may not sound like much, but NGOs like WEED and Oxfam say the levy would raise 100-150 billion euros annually if it were implemented globally – and roughly 50 billion if it were limited to the European Union.

That's in line with projections from the European Commission, which says it's high time the financial sector makes a "fair contribution" to the bloc's bailout efforts. But opinions diverge when it comes to the question of how all that tax revenue should be spent.

"We think the revenues should be split three ways," said Wahl who is campaigning for a 'tax against poverty'. 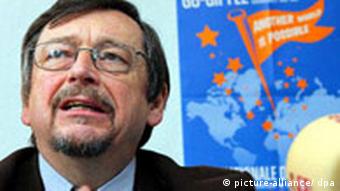 The European Commission, however, would prefer to see the money flow directly into the EU budget.

Stephan Schulmeister, an analyst at the Austrian Institute of Economic Research, told Deutsche Welle that policymakers shouldn't get ahead of themselves deciding what to do with revenues. Instead, they should concentrate on another important objective of the transaction tax: curbing speculation.

"When a German company exports goods to China, he might be paid in dollars. As a result, he needs to access the foreign exchange market to convert that money back into euros - that's real economic activity," Schulmeister said. "But when a currency trader buys 10 million dollars just so he can sell them again for a profit, a minute and a half later – that's just speculation for the sake of it."

"The current turnover of financial markets is roughly 70 times larger than the world's actual economic output," he added. "That's because computers and IT have made it possible to communicate price changes across all the major exchanges around the world within fractions of a second."

The president of the German Savings Banks and Giro Association (DSGV), Heinrich Haasis, warned that high-frequency trading strategies and automated algorithmic trading systems have increased financial volatility by de-coupling markets from the bricks and mortar of the economy.

"Decisions will soon be made in a matter of 20 microseconds. The blink of an eye takes roughly 5,000 times longer," Haasis said. "That means people will no longer be able to influence price movements."

High-frequency traders tend to operate on very low margins, Schulmeister said. They only make a lot of money because of the sheer volume of deals they make.

"Imagine a casino that allows players to place bets every three minutes. Then imagine a computerized casino that takes bets every 30 milliseconds. The amount of money being wagered on each bet may well be the same. But the speed of play at the computer casino is much, much higher."

According to Schulmeister's estimates, a transaction tax of 0.05 percent would discourage short-term betting and cut trading volumes by a whopping 70 percent. 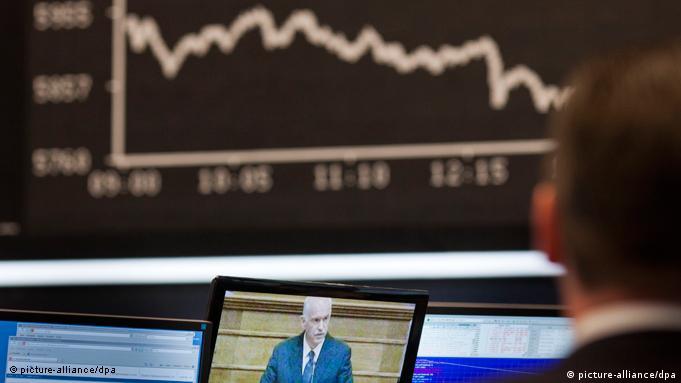 Global implementation of such a tax remains unlikely, however. The United States and Britain fiercely oppose the concept for fear it would cripple their respective financial services clusters in New York and London. Asian countries seem unimpressed too.

Here in Germany, Deutsche Bank chief Josef Ackermann has warned that even a limited EU transaction tax would distort competition and drive business away from Frankfurt and Paris.

It's a view shared by Jörg Krämer, the chief economist at Germany's second-largest lender, Commerzbank: "The financial crisis we're currently experiencing is really a sovereign debt crisis. Problems with fiscal discipline and debt can build up regardless of whether we have a transaction tax or not."

French president Nicolas Sarkozy has met with German Chancellor Angela Merkel to discuss how to boost economic growth in the eurozone and to finalize a deal on tougher budget controls in the single currency area. (09.01.2012)

EU finance ministers cannot even agree on anything within the eurozone, including the continuing debate over the financial transaction tax. Meanwhile, fears are growing over the political insecurity in Greece. (08.11.2011)

The domestic intelligence service has been examining how dangerous the Alternative for Germany (AfD) political party is since 2019. Now the right-wing populists will be placed under observation.