EU Minister Calls for Closer Russia Ties After Caucasus War | Europe| News and current affairs from around the continent | DW | 16.08.2008

Georgia and Russia have accepted a French-brokered Caucasus peace plan. DW spoke to Luxembourg's Foreign Minister Asselborn about the divisions within the EU on the conflict and dealing with an assertive Russia. 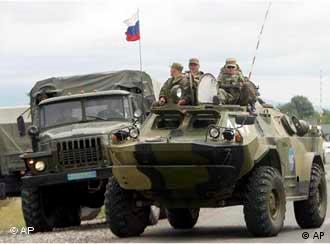 The EU is divided over dealing with a stronger, resurgent Russia

On Wednesday this week, you spent several hours discussing the situation in the Caucasus with your European colleagues. There was talk of a European peace mission. What exactly is this about?

Jean Asselborn: That is an interesting question: How can the European Union contribute? We need to be present in the country. But how can we be present? We can think about two or three things now. For example, we can act as a monitor by sending police organized under the European flag to follow the situation..

But no troops, no soldiers?

If there are troops -- and this is the second thing I wanted to say -- then I feel that needs to be decided within the framework of the United Nations. 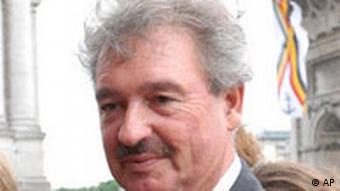 Asselborn insists that a solid partnership with Russia is essential

Where does the EU stand on the future status of the South Ossetia and Abkhazia provinces that officially belong to Georgia?

We have avoided talking about this and I will also avoid discussing it with you. It's one the points where we said that we as the European Union will of course contribute in negotiations, in a sort of mediation or intervention. And we have said from the very beginning what should happen with this. In any case we are backing the integrity of Georgian territory.

But were the EU foreign ministers in agreement about who is to blame for the conflict?

No, we avoided the question of blame. If we got bogged down in playing the blame game, we would have lost a lot of time. We would have never agreed on anything and that wouldn't have solved anything anyhow. We are not judges in the European Union.

But some countries, the Baltic States and Poland in particular, have clearly demonstrated solidarity with Georgia while the German foreign minister, for example, warned against judging Russia too quickly. What does this mean then for the planned new strategic partnership agreement between the EU and Russia?

I think it would be a fatal mistake to break off this partnership. I do not find it 100 percent bad that the Baltic States and Poland have taken this stance. But you could still see and feel that the EU presidency -- currently held by France, it could have been another country speaking on behalf of the European Union -- is calling the shots. 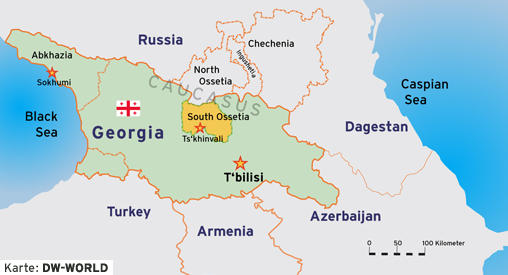 And we also need to know that we have no political interest in ducking when the US and Russia are involved in a verbal war. We have to show that we are important in our own right. We can do that with our solidarity which of course we then need to demonstrate. The European Union has more inhabitants than Russia and the US put together. We are a big player in the global economy. Politically too, we are a very important factor when we present a united front.

As the European Union, we must stick to the partnership with Russia, even after these recent events which of course do not please us. We need to enhance this partnership so that one day we won't have these situations any more.

To what extent can the European Union function efficiently and as a united force without the Lisbon Treaty?

After meeting with German Chancellor Angela Merkel in Sochi, Russian President Dmitry Medvedev justified Russia's military action in Georgia and warned that if pressed Russia would respond in the same way again. (15.08.2008)

The EU is under pressure from new members, and a few old ones, to drop its usual diplomatic approach towards Russia and deal more forcefully with its biggest neighbor after Moscow's military campaign in Georgia. (13.08.2008)