The US Congress has been sent an open letter by EU parliamentarians fuming over the sidelining of the EU's mission in Washington. The MEPs again accuse President Donald Trump of eroding trans-Atlantic relations. 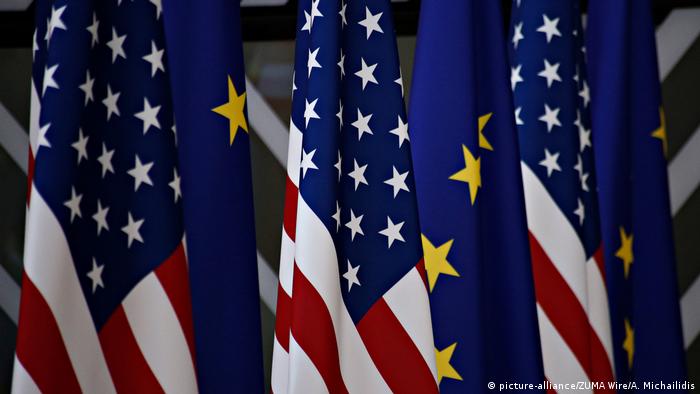 A letter published Wednesday by the 58-member EU parliamentary Delegation for Relations with the United States slammed the White House's "increasingly harmful approach" to trans-Atlantic relations and urged Congress to help "strengthen and not undermine" ties.

The European delegation criticized the demotion of the EU Ambassador to the United States, David O'Sullivan, saying neither the ambassador nor the EU's foreign policy chief, Federica Mogherini, had been "formally notified of this change" in advance. 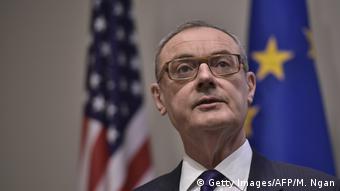 O'Sullivan became aware his status had changed when he was the last of the dignitaries called at the funeral of former President George H.W. Bush

O'Sullivan lost his rank on the US Diplomatic Order of Precedence and had been relegated to "the bottom of the list," wrote German Christian Democrat Christian Ehler, the delegation's chairman, as well as delegation vice chairpersons, Danish Social Democrat Jeppe Kofod and Dutch Liberal Marietje Schaake.

The EU signatories urged Congress to build on a "long-cherished" trans-Atlantic relationship. "This is no way to treat partners," they wrote.

Together the 28-nation EU and the US should "face shared challenges from countries such as China, Russia and Iran" as well as climate change and economic inequality, the signatories added.

Deutsche Welle broke the news Tuesday, saying O'Sullivan was being treated in Washington as a representative of an international organization and not as an ambassador. Brussels subsequently intimated that O'Sullivan's rank had been reinstated.

Schaake said the letter, which she made public Wednesday, was also addressed to Nancy Pelosi — the newly chosen Speaker of the House of Representatives and a member of the Democrats — and stressed the need to modernize strong trans-Atlantic relations.

She told DW: “I hope that members oft he new Congress will take the time to reflect on the impact of the Trump administration’s confrontations with Europe, the changing role of the United States in the world, and that they will feel empowered to do something about it.“

"There are so many areas where it is important that frivolously-made decisions by tweet or otherwise are not just met with just applause but that there’s also checks and balances."

The delegation's letter specifically takes aim at President Trump, US Secretary of State Mike Pompeo and US Ambassador to the EU Gordon Sondland.

"They lambast the EU as bureaucratic, make no secret of their preference to deal with individual member state governments bilaterally, and have praised populist and nationalist movements," wrote the delegation in its open letter.

In a resolution passed last September, the European Parliament said it regretted "that the current US administration has chosen a one-sided 'America first' policy that harms the interests of both the EU and the US and undermines mutual trust."

During his election campaign in 2016, Trump supported Britain's exit from the European Union, and he has since repeatedly lashed out at the bloc on issues such as defense and trade.

Next meeting mid-January in Strasbourg

On the EU delegation's website, Ehler said the next twice-yearly meeting of EU parliamentarians with their US counterparts — the so-called Inter-Parliamentary Meeting (IPM) — is scheduled for 17 January in Strasbourg. 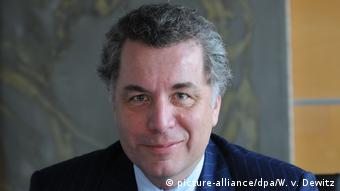 The previous IPM Dialog scheduled for 5 December 2018 was postponed due to funeral arrangements for former US President George H.W. Bush.

Delegation members had, however, held "two full days of meetings" on December 3-4 with the US Senate and House of Representatives, Ehler said.

German Foreign Minister Heiko Maas is heading to Washington for talks and to open the Year of German American Friendship. On departure, he said transatlantic ties remained crucial, Donald Trump notwithstanding. (02.10.2018)

German Chancellor Angela Merkel and US President Donald Trump emphasized the importance of trans-Atlantic ties at a press conference on Friday. Iran, trade and defense spending were high on the agenda. (27.04.2018)

America will survive beyond Donald Trump's presidency — and so should the trans-Atlantic relationship, writes Romanian analyst Radu Magdin. With its complex geopolitics, Eastern Europe plays a key role in this context. (09.12.2018)