Rights groups have condemned the chaos, saying UK authorities have failed to guarantee the vote. Britons in the EU's 27 other countries also experienced irregularities, including postal votes "gone missing." 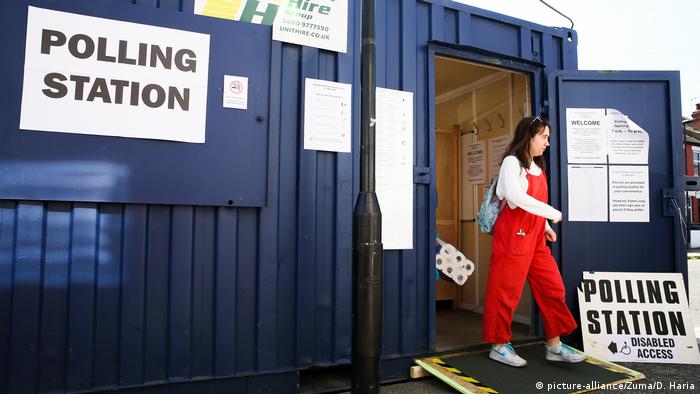 The main reason given by polling station workers was that the would-be voter's form had not been processed in time. However, in some cases, local authorities admitted they had made errors.

"The Electoral Commission, local authorities and the Government in Westminster have failed despite multiple warnings over the last six weeks," said The 3 Million, a lobby group for the rights of EU citizens living in the UK.

The British Electoral Commission, however, rejected allegations that it was responsible for denying EU citizens residing in the UK their vote, saying the government's decision to postpone Brexit caused the chaotic situation.

"The very short notice from the government of the UK's participation in these elections impacted on the time available for awareness of this process amongst citizens, and for citizens to complete the process," said the Electoral Commission.

Young voters could have been particularly affected. EU citizens make up 10.7% of 25-29 year-olds in the UK. No other EU country has so many foreign EU citizens in that age group, according to Eurostat data researched by DW.

The 28 million first-time voters will not only have an impact on the makeup of the next European Parliament, but also on EU politics for years to come, DW found in its data analysis.

But EU citizens weren't the only ones denied a vote. British in Europe, a group which campaigns for Britons' rights in the EU, said British Prime Minister Theresa May's government failed to ensure British citizens living in the EU's 27 other countries could vote.

"It comes as no surprise whatsoever that postal votes have gone missing, arrived late or simply didn't arrive at all because the UK's attitude to its overseas voters is outdated and broken," the group said.

The irregularities have displayed the UK's troublesome predicament after May's government failed to secure a Brexit deal in parliament and requested an extension, forcing the country to participate in the elections. London was not initially intending to participate due to its plan to leave the EU.

Opinion: Not your grandparents' Europe

Europe has come a long way over two generations, but it's not yet where it needs to be. The EU needs to reform its unequal voting system and give citizens true political voices as Europeans, argues DW's Cristina Burack. (21.05.2019)