Theresa May has accepted an offer from Brussels to extend the Brexit deadline to October 31. The delay could force the UK to take part in European elections unless it can pass a divorce deal through parliament. 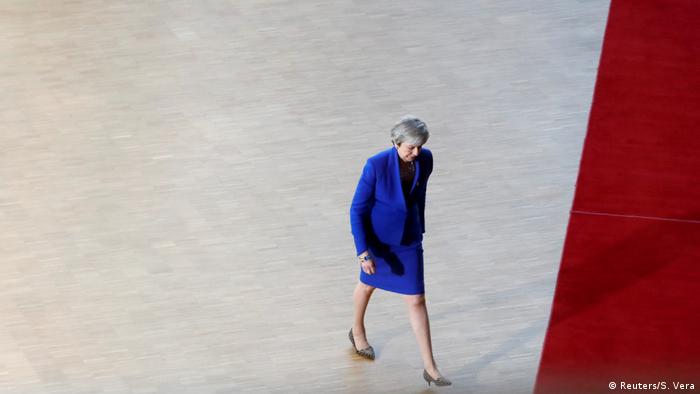 The Brexit deadline was extended to October 31 after British Prime Minister Theresa May accepted an offer from the leaders of the European Union on Thursday.

"Tonight the European Council decided to grant the UK a flexible extension of the Article 50 period until the 31st of October. This means an additional six months for the UK," Tusk said in a live press conference following the decision.

UK to leave 'as soon as possible'

May reacted to the extension by pledging to ensure that the UK could "leave as soon as possible." She said she "sincerely regretted" the fact that she had not been able to persuade parliament yet to reach a deal.

"I know that there is huge frustration from many people that I had to request this extension," May acknowledged.

May said her country could pass a Brexit deal in the first three weeks of May to avoid taking part in EU elections. "This decision enables us to do that," May said.

German Chancellor Angela Merkel said that Wednesday's "intense evening" showed the EU's unity. "For Germany it was always clear: we are fighting and advocating for an orderly withdrawal of Great Britain out of the EU," Merkel said.

'Do not waste this time'

Tusk told reporters that during those six months, "the call for action will be entirely in the UK’s hands."

If the UK ratifies the current withdrawal agreement, the extension will be terminated. But he added that the UK can also use the time to "reconsider the whole Brexit strategy."

Tusk said the extension was as flexible as he expected, although shorter than he hoped. But ultimately, he warned the UK: "Please do not waste this time." 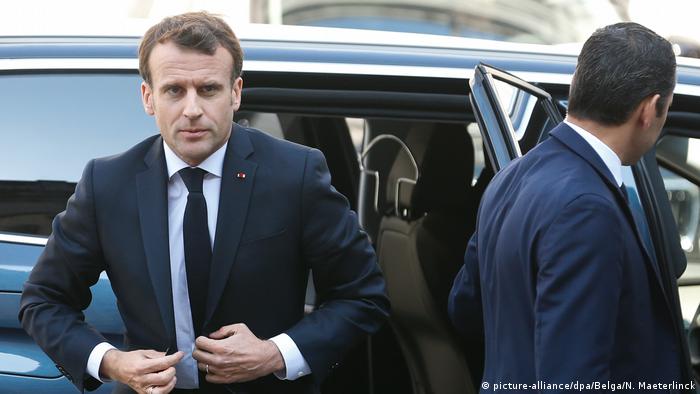 EU Commission president Jean-Claude Juncker said he was satisfied with the extension and its outcome. But in a warning to UK lawmakers, Juncker said the current withdrawal agreement would not be renegotiated.

"The withdrawal agreement must be respected in its entirety," he said, adding that to call it into question would "jeopardize the backstop agreement."

Juncker also confirmed that the UK would participate in EU parliamentary elections in May. "That may seem odd, but rules are rules and we must respect European law," he explained.

As EU members gathered in Brussels on Wednesday to decide Brexit's fate, Tusk had pushed for an extension of up to one year, but others — including French President Emmanuel Macron — had feared it could lead to the UK meddling in EU affairs for months before leaving.

German Chancellor Angela Merkel told parliament earlier that she backed a longer extension, saying: "That's why I'm advocating, if there's a large majority for it today, that we can very well make the extension run for several months — but without dragging anything out. Instead, the exit should be possible as soon as the UK has decided [on how it wishes to leave]."

Read more: China could be big winner in no-deal Brexit

French President Emmanuel Macron had expressed caution over a lengthy extension, saying: "What is indispensable is that nothing compromises the European project. We have a European renaissance to lead ... and I do not want the subject of Brexit to block us on this point."

The EU's budget chief says Germany will have to supply a cash injection of several hundred million euros to the bloc in the event of a no-deal Brexit. A messy departure will leave billions missing from the EU budget. (05.04.2019)