The EU has agreed to use a "cyber diplomacy toolbox" against hackers targeting member states. The move comes amid concern hackers may seek to influence German elections in September. 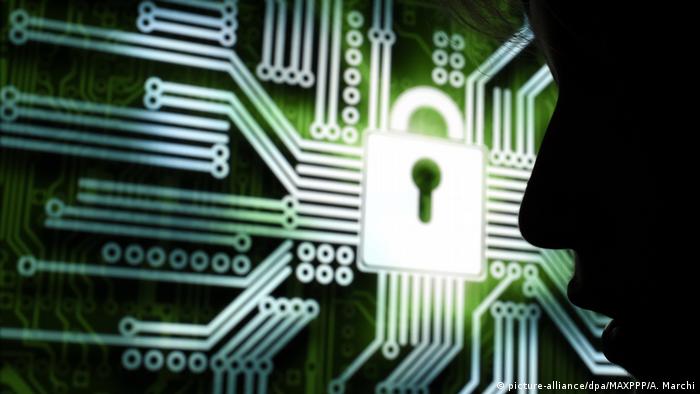 The European Union agreed Monday that a cyberattack on any member state would be met by a joint response, including sanctions on state and non-state hackers.

EU foreign ministers meeting in Luxembourg said in a statement that the bloc would use a "cyber diplomacy toolbox" to respond to malicious cyberactivities targeting computer systems.

"A joint EU response to malicious cyberactivities would be proportionate to the scope, scale, duration, intensity, complexity, sophistication and impact of the cyberactivity," foreign ministers said in a statement.

With German elections coming up in September, there is rising concern within the EU that individuals or groups could carry out malicious cyberattacks to influence the elections, possibly backed by a foreign government such as Russia.

The German government last month warned political parties to take extra defense against the hacking of their computer systems after alleged Russian-backed cyberattacks to influence the US and French elections through the release of hacked emails.

Hans-Georg Maassen, the head of Germany's domestic intelligence agency, said in early May that "large amounts of data" had been seized in the cyberattacks.

"Our counterpart is trying to generate information that can be used for disinformation or for influence operations," he told a conference in Potsdam, near Berlin. "Whether they do it or not is a political decision ... that I assume will be made in the Kremlin."

It is 'highly likely' that Lazarus hackers were responsible for this month's WannaCry cyberattack, the US anti-virus firm Symantec reports. The cell is widely believed to be connected to North Korea. (23.05.2017)

A new report claims that the Kremlin is employing Russian mafia groups in Europe. Officials in Moscow reportedly use organized crime outfits to launch cyberattacks and carry out targeted assassinations. (27.04.2017)

To protect itself from cyberattacks, Estonia is about to open a "data embassy" outside its borders. The country's critical infrastructure will be stored in Luxembourg, reports Isabelle de Pommereau from Tallinn. (08.06.2017)