So why did the #MacronLeaks hack fall flat in France?

Cyberattackers appear to have tried to disrupt Emmanuel Macron's presidential bid by leaking a trove of emails. But the hackers were hamstrung by strong cyberdefenses and French voters' disdain for foreign meddling. 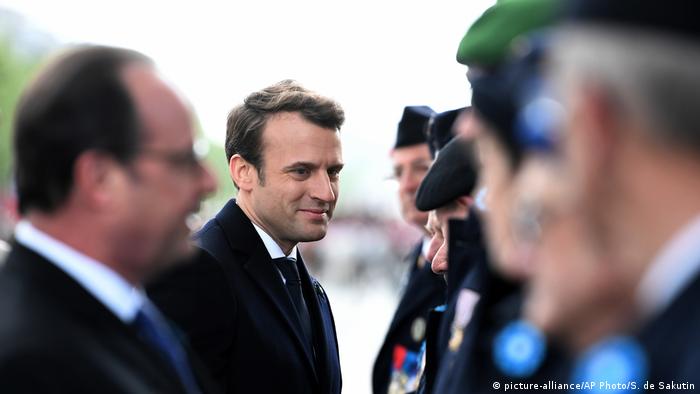 Emmanuel Macron's campaign had been announcing for months that it was experiencing intensive cyberattacks. It reinforced security as best as it could and even - on the assumption that hackers would eventually find their way in - mixed fake documents with real ones to ensure that anyone trying to find embarrassing information might themselves be shamed.

On May 4, the day before the #MacronLeaks hack broke, the campaign's digital-security guru, Mounir Mahjoubi, pointed out what he considered an effort to electronically sway some votes away from Macron to aid his opponent, the National Front candidate Marine Le Pen.

As the hours wound down before the May 7 presidential runoff - and as a deadline of Friday at midnight approached for a mandated pre-election weekend news blackout - it seemed that perhaps no major incursion would occur to scandalize the Macron campaign as the US presidential candidate experienced in 2016.

Ben Nimmo, a researcher with the Atlantic Council's Digital Forensic Research (DFR) Lab, had just gone to bed Friday night, May 5, when he was awakened by a call from a journalist wanting an instant assessment of the9 gigabytes of Macron-related documents that had just hit the internet.

Nimmo got up and started tracking Twitter and other sites, where "#MacronLeaks" was being incessantly retweeted. He found the first tweets about the document dump, going back to notifications of the "EMLEAKS" files being posted on the anonymous document-sharing site Pastebin and announced on anonymous messaging boards. No one claimed responsibility.

In the US, far-right activist Jack Posobeic said he'd read tips that the information was coming, so he spent much of Friday refreshing his webpage. Once the content arrived, Posobeic attached the hashtag #MacronLeaks, tweeted it and appealed for French-speakers to help him out. WikiLeaks pitched in, too, though the platform denied obtaining or leaking the information itself.

The anti-Macron movement was very aware that the blackout period in France would mean that some channels soon became unavailable. In addition, the French government moved quickly tothreaten punishment for any outletthat published the leaked material.

In this analysis, DFR Lab found that #MacronLeaks was retweeted 47,000 times in less than four hours. Hundreds of thousands of tweets continued to be generated in the following days on both sides of the Atlantic.

Despite the coordinated effort, Macron decisively won the French presidency, handing far-right leader Le Pen a loss even larger than predicted. Nimmo said the sophisticated Macron campaign apparently had no significant dirt to dish - at least none that was easily accessible. And, he added, the whole #MacronLeaks operation was just too sloppy.

In 2016, Nimmo said, Clinton's campaign had to respond to leaks as a way of starting the day. The "corrosive" effect of this constant pressure did far more damage than any of the content, Nimmo said. In contrast, #MacronLeaks was a Hail Mary dump of such a huge size that it could not be analyzed by the candidate's enemies quickly enough to make it useful - especially with the fake documents mixed in.

Another reason #MacronLeaks was unsuccessful, Nimmo said, is that the operation was launched in the United States. So, when the first tweets came from Posobeic, French Twitter users thought "that's American troll accounts ... and they're the same American troll accounts which were supporting Donald Trump during the election."  He said dislike of the US president and the semblance of foreign interference in French affairs turned people off.

Nimmo said he could not draw a connection to Russia with complete confidence, though that would be a natural guess given what is believed to have happened during the 2016 election in the United States. "The Kremlin is very very pragmatic in its information operations," he said, so, given the projected lead for Macron, he doubts the Russians would intervene in a losing cause. 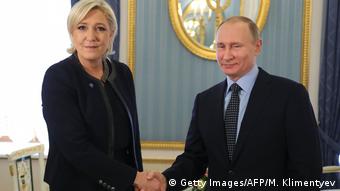 Though the "penetrators" failed to push their candidate to the top this time, they should not be underestimated, said Jakub Janda, who heads the Kremlin Watch program at the European Values think tank in Prague.

"The leaks weren't performed well," Janda said, "but the interference of Russia in the French election used major tools we haven't seen before in European elections: the direct financing by Russian money of Marine Le Pen and the massive disinformation effort against Mr. Macron."

He also pointed out that France will hold parliamentary elections next month and the new president is in dire need of seeing the legislature populated by like-minded individuals. There may still be bombshells lurking in the #MacronLeaks, Janda warned.