The Grand Ethiopian Renaissance Dam, which pushed Ethiopia into a longstanding dispute with Egypt and Sudan, started generating electricity on Sunday, according to officials. 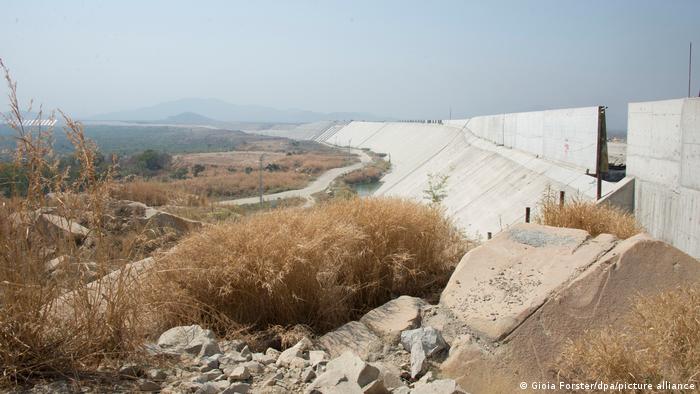 Prime Minister Abiy Ahmed officiated an event which saw one of the 13 turbines of the Grand Ethiopian Renaissance Dam (GERD) begin power generation.

"From now on, there will be nothing that will stop Ethiopia," Abiy said.

At the same time, the lead engineer noted there was still work to be done.

"We just started generating power, but that doesn't mean the project is completed,'' the dam's project manager, Kifle Horo said.

"It will take from two and half to three years to complete it," Kifle added.

The project has caused friction in Ethiopia's bilateral relations with Egypt, which depends on the 6,695 kilometer-long (4,160 miles) Nile for most of its water supply.

The Nile is among the largest rivers in the world and supplies communities all along it with water and hydroelectric power. The drainage basin encompasses ten countries: Burundi, the Democratic Republic of Congo, Egypt, Ethiopia, Kenya, Rwanda, South Sudan, Sudan, Tanzania and Uganda.

What is the story of Ethiopia's new dam?

In 2011, construction began on the Grand Ethiopian Renaissance Dam, 30 kilometers from the Sudanese border on the Blue Nile, one of two main tributaries of the Nile River.

The dam will eventually produce over 5,000 megawatts of electricity, doubling the electricity output of Ethiopia. It will also be one of the largest hydroelectric dams on the African continent once it is generating at or near capacity in the next year or two.

The large reservoir for the dam is 145 meters (475 feet) and can contain 74 billion cubic meters (2,600 billion cubic feet).  As of last July, the reservoir was sufficiently full for the dam to begin producing electricity, though no official announcement was made by authorities.

Why are Egypt and Sudan upset about the dam?

Around 97% of Egypt's water supply comes from the Nile.

A 1929 treaty between Egypt and Sudan, then represented by colonial power the UK, gave Egypt veto power over construction along the Nile along with a historic right to claim the river as its own. A 1959 treaty with Sudan cemented Egypt's status.

In 2010, Nile basin nations agreed to the Cooperative Framework Agreement without Egypt and Sudan. The agreement shreds the need for Cairo's approval for projects along the Nile River.

Ethiopia says the dam will not have repercussions downriver. Egypt objects that this is unlikely and that the dam will affect water supplies in time it takes for the reservoir to refill.

African Union-sponsored talks between all three nations have yielded no progress.