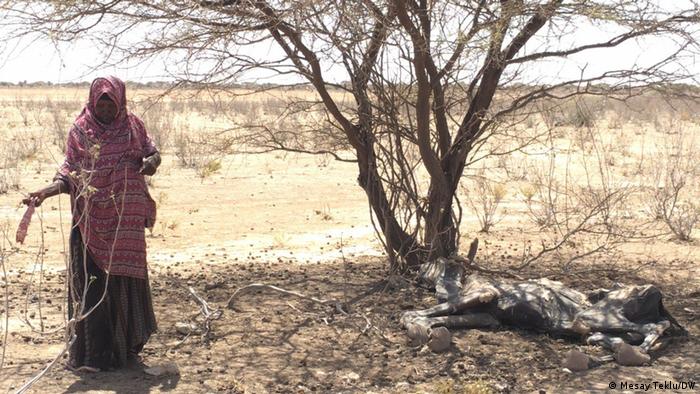 Lumbering under a cloudless sky and a ruthless midday sun, herds of emaciated camels converge at one of the few wells bearing water in Adawe village in Ethiopia's southeastern Somali region.

The water quality is poor and saturated with salt yet the camels — and their owners — have no choice other than to drink it.

Adawe normally has 26 wells but because it hasn't rained here since April 2021, all except three of them have dried up.

Not only is water even harder to find than before, the drought has also desiccated the landscape, making the grasses, shrubs and browsing trees that camels and other animals normally feed on scarce.

With little for their livestock to eat and drink, the residents of Adawe are forced to watch their herds shrink, day by day. 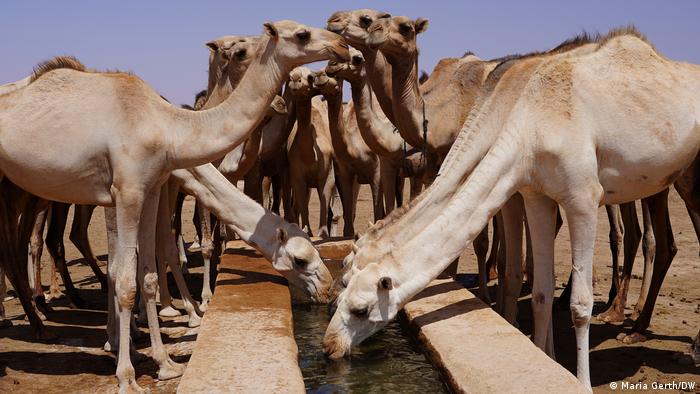 The roads here are dotted with the carcasses of cows, sheep and goats decaying in the heat.

Camel herder Abdi Serif said he has already lost 30 out of 150 camels — that's a fifth of his herd.

"They are affected by the drought, as well as the lack of pasture. Plus, when the camels don't have enough food, they run away, which makes them prone to being killed by hyenas," the 25-year-old said.

Abdi normally earns a living selling his camels at the market. In the past, one camel would bring him around 75,000 birr ($1,480, €1,300). But the prices have plunged to around one fifth of that and buyers are almost impossible to find.

"We used to rely on animals for our food. But now we don't have anything to eat because now it's the animals who depend on us," Abdi told DW. 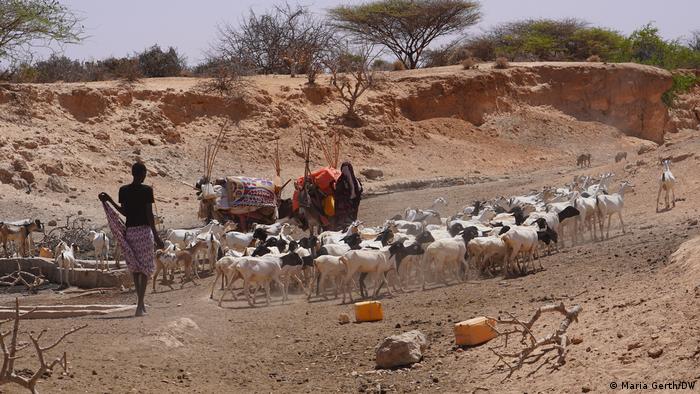 Shepherd Mahamoud Abdulaye says that a big problem is that pastoralists like him have no other way of making money in the arid region.

"In this area, there's no farming, it's a desert. There's no agriculture," he said.

He has slight hopes for his remaining flock, Mahamoud said as he lifted a lamb out of a small shelter. With its skin hanging off its bones, the lamb collapsed onto the ground, too weak to stand.

But his livestock aren't Mahamoud's main concern any more. Now, the father of six is praying for his family's survival. 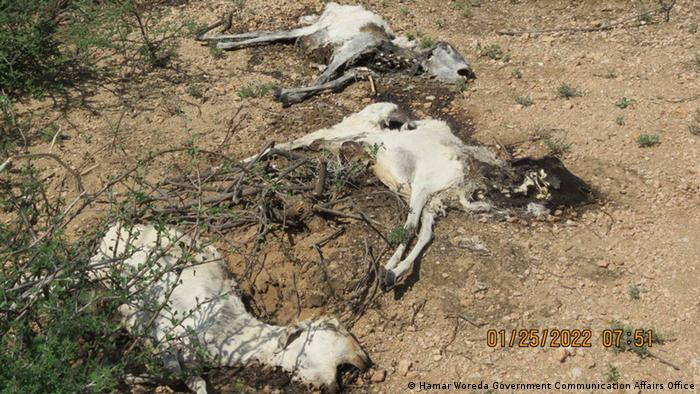 Thousands of animals have died due to the drought

Familes on the brink

"The state of my children is extremely worrying. They are expecting us to help them but we can't do anything," he told DW, explaining that a pot of boiled wheat was the family's daily meal.

Weakened by months of hardship, his children regularly ask for milk: there is none, Mahamoud lamented.

The drought conditions in Ethiopia's lowland area, which includes the Somali and Oromia regions, have led to a 20% increase in cases of "severe acute malnutrition" in children, according to the UN's children's fund, UNICEF.

Overall, 6.8 million people in the drought-impacted area are expected to be in need of urgent humanitarian aid by mid-March 2022, UNICEF said in a statement.

In a hospital in Gode, a town in the Somali region, doctors told DW that they have seen a spike in the numbers of malnourished children admitted in the the past months.

Among aid agencies, the sense of urgency is growing. But funds are lacking to respond to the crisis.

UNICEF has requested $31 million to help drought-affected areas in Ethiopia but has only received about one quarter so far. The response has been slowed down by other crises in the country, especially the Tigray conflict in the country's north.

The funds would provide cash payments to drought-affected families.

"In big villages and towns, food is available, the private sector is bringing food," Ethiopia's UNICEF representative Gianfranco Rotigliano told DW. "The problem is that they cannot buy it. If we give them a small amount of cash, they will purchase what they need and the children can eat."

Many families in the affected areas are left with no choice but to leave their villages.

Across the Somali region, thousands have moved north to be nearer to the regional capital, Jijiga, where the climate is less harsh. Pastoralists hope that there they can find food for their animals and save the remnants of their herds.

"The loss of livestock means there will be pastoralist drop-out, people fleeing, and they will be displaced, without any job opportunity," said Teyeb Sherif Nur, the region's natural resource management officer for the UN's Food and Agriculture Organization (FAO). 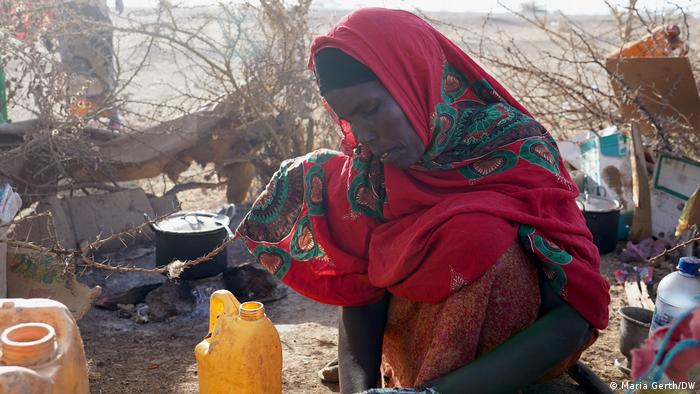 Pastoralist Ardo Hassen, who left her village in search of grazing land for her animals, cooks in her new makeshift compound

Many of the displaced have settled in local communities, who sometimes provide shelter and food. The living conditions are tough, though, with little access to sanitation and other basic needs.

Ardo Hassen traveled for days with four of her children and her remaining 70 animals, finally setting up a makeshift home near the town of Kebri Beyah, some 50 kilometers (31 miles) south of Jijiga.

Fifteen of her animals died during the journey. Although those which survived can now feed on small patches of dried-out grass, some are very sick.

"I don't know what will happen (…). I am very concerned. Until God gives us rain from the sky, we will be expecting government support," she said, as she washed a cooking pot, seated on the earthen floor of her improvised kitchen.

Horn of Africa: China announces new envoy as US one departs

The region is suffering several crises, including the conflict in Ethiopia's Tigray region as well as political upheaval in Somalia.

Ethiopia's Tigray conflict erupted in November 2020 and later spread to neighboring regions. Yet covering the war is a huge challenge, with press freedom severely constrained and journalists facing intense pressure.

Tanzania digs in to fight drought

Grass seeds, shovels, muscle and rain — the perfect ingredients to bring parched land in Kenya and Tanzania back to life.

Do camels really store water in their humps?

The camel's hump is perhaps its defining feature. It's not just an anatomical oddity but a brilliant bit of evolution.