Thousands of apartment blocks across Estonia were built in the 1950s as temporary housing. Now an EU project in Tartu is transforming some into sustainable housing as part of a sustainable cities initiative. 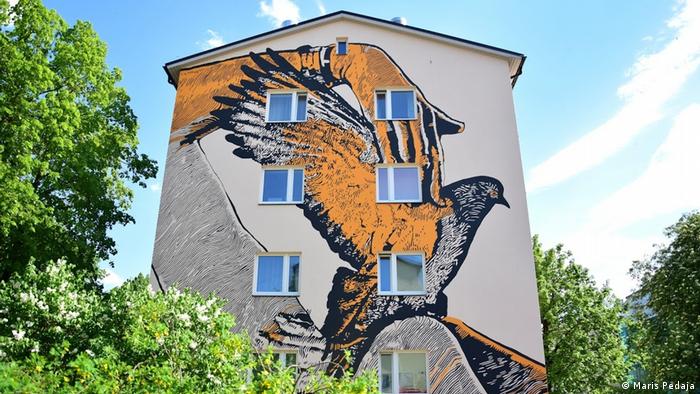 The legacy of Tartu's communist past can be found in the 100 'khrushchyovka' apartment blocks across the Estonian city. Nicknamed after Soviet Premier Nikita Khrushchev they were created from the 1950s onwards as temporary accommodation to deal with a chronic post-war housing shortage.

Nineteen khrushchyovkas built in the 1960s are now the focus of SmartEnCity, a new EU funded project attempting to design sustainable and resource-efficient cities in Europe. In Tartu it is working to rescue the buildings from an uncertain future by turning them into energy efficient 'smart homes' - a move that has earned them the new nickname "smartovkas".

The project aims to create high-quality living environments that will encourage residents to move towards a more eco-friendly style of living. The apartments in Tartu will receive new insulation, windows and ventilation systems, as well as new central heating systems and solar panels. Each apartment will also get a smart home system which will enable residents for the first time to monitor and control their own energy consumption. 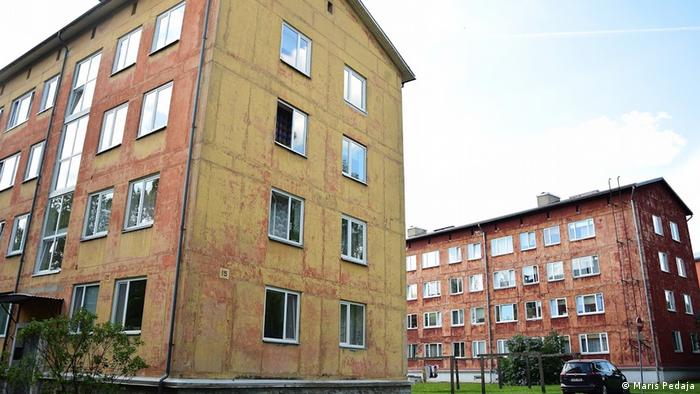 "The khrushchyovkas were not built with energy efficiency in mind," said Veronika Mooses, junior researcher at the University of Tartu, which is monitoring the SmartEnCity project. "The people living in the center can feel really hot during the winter, and the people living at the edges of the buildings can feel really cold." Built at speed and all to the same design, they were only expected to last between 30 and 40 years.

Typically painted yellow or white, the soviet-era housing blocks are between three and five floors high. In Moscow thousands of these types of apartments are being demolished as they near the end of their life span. However, in Tartu the aim is to transform these buildings so they fit into the class-A category of energy efficiency — the highest category. Currently most are in class-F and the lowest class-H. According to Raimond Tamm, Deputy Mayor of Tartu and the city's SmartEnCity project leader, the ambitious project goes beyond the usual retrofitting activities the city has seen.

"It's a real challenge. And something I heard a lot at the beginning of the project is that it's not possible," said Tamm. However, he sees the potential impacts of the project as outweighing any challenges. He estimates if it is successful each apartment block will save two thirds of the energy they currently use. This means shifting from 270 kilowatt-hours per square meter per year (kWh/m2y) for each building to 90 kWh/m2y. 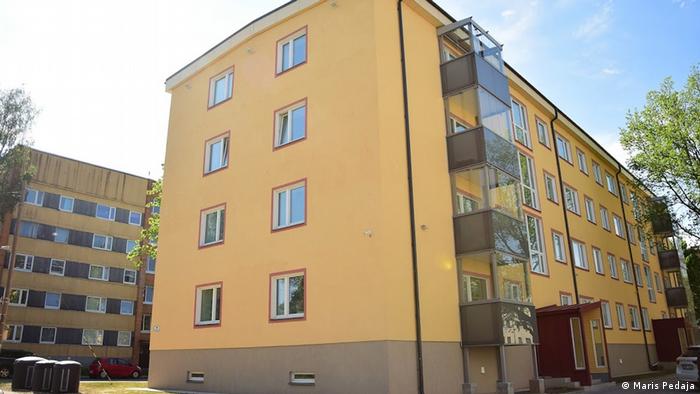 Tonis Eelma, resident in one of the three khrushchyovkas already finished, said so far energy and gas consumption has decreased significantly. "This winter will be the moment of truth, but everything is much better already," he said.

Read more: In Delhi, nature is pitted against development

All the flats in his block are privately owned and the residents are a diverse group including both young families and those who moved in when the building was built in 1964. Initially it was hard to get the older people to agree to the project, he said, but at a mandatory vote to participate in the project only one person voted against joining.

Deputy mayor Tamm said the project has been criticized for its high costs. Each apartment building has cost around one million euros to renovate. Almost half the funding comes from the European Union, approximately 4 million euros, with additional contributions from a national support scheme. The rest of the money, around 50 percent, was taken out in loans by the housing associations. Some critics do not believe the apartments are worth saving and should be demolished, but Tamm argues this would not be a cheaper or easier solution. 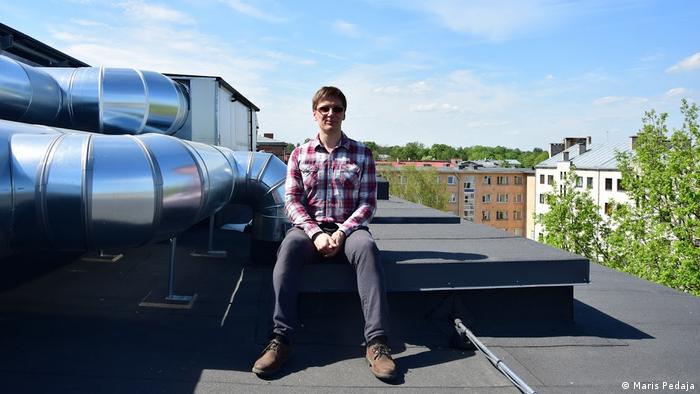 Mooses said that for many residents the main incentive to take part has been to reduce their energy bills. Residents have had to take out a loan to part-fund the project which will be paid back over 20 years. In Eelma's building, which has 32 privately owned apartments, loan repayments will be around 100 euros a month per apartment. However these repayments are estimated to be balanced out by reductions in energy costs, said Eelma. Most other blocks have a lower repayment amount, as Eelma's housing association decided to also add balconies and other features at the same time.

One of the rules of the SmartEnCity project is that the results must be replicated, which is the reason the uniformly designed khrushchyovkas were chosen in Tartu. Estonia has an estimated 6,000 apartment blocks in total. The SmartEnCity team, which includes partners from the public and private sector, has already seen interest from other Estonian cities as well as places in Latvia, Poland and Bulgaria, countries which also have large stocks of Soviet-era housing. The project has partner cities in Denmark and Spain, where housing is also being redesigned to bring down energy consumption. Currently three smartovkas in Tartu are finished with the rest in the renovation phase.

Read more:The gardens of Quito: Urban farming in one of the world's highest cities

In Tartu initial reactions have proved surprising, said Mooses, who interviewed residents as part of her research. While there will also be new cycle lanes and bike sharing stations, buses running on biogas, and LED motion sensor street lighting which will also monitor air pollution, the part of the project that has really grabbed people's attention is the use of smart technology at home. Being able to monitor their own energy consumption and rethink their  personal patterns of behavior through smart home systems, has made being more eco-friendly tangible in everyday life.

"People can really relate to this project," she said. "It's not like some data is recorded somewhere and people don't understand what it is. This [project] is directed towards spaces that are of the utmost importance to people: their homes."

A project in Moldova is building energy-efficient homes for disadvantaged families in a bid to reduce heating costs and emissions. Apart from offering residents a warmer place to live, the venture is also creating jobs. (04.12.2018)

If Hanoi wants clean air, residents in the Vietnamese capital are going to have to kick their moped habit. Or at least trade in polluting models for cleaner alternatives. (16.10.2018)