In Delhi, nature is pitted against development 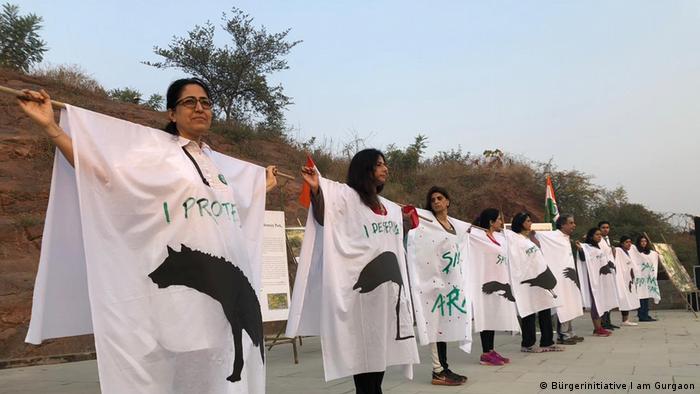 In their spare time, Latika Thukral and Vasundhra Aggarwal like to stroll along the undulating footpath that takes them through the lush green thicket of their local park.

It sounds like a rather unremarkable pastime, but just a few years ago this was a disused stone quarry, stripped bare of flora, and surrounded on all sides by urban sprawl.

In 2010, at least 35,000 people and over 70 companies helped transform the 380-acre (154-hectare) plot into what is a rare urban green space in Gurgaon, one of Delhi's major satellite cities. They removed trash and planted trees and the municipality helped by creating footpaths across the grounds.

Now the former wasteland provides habitat for at least 180 bird species and animals like deer, civet cats and jackals. The ecosystem also absorbs and filters over 320 million liters (84.54 million gallons) of water every year.

"Everybody in Gurgaon relates to the park," said Thukral, who quit her job as senior vice president at Citibank to co-found the environmental citizens' initiative "I am Gurgaon."

But Aravalli Biodiversity Park, as the space is known, is under threat from a proposed six-lane, 2-kilometer (1.2 mile) expressway that would cut through its eastern half, according to Thukral and other residents. 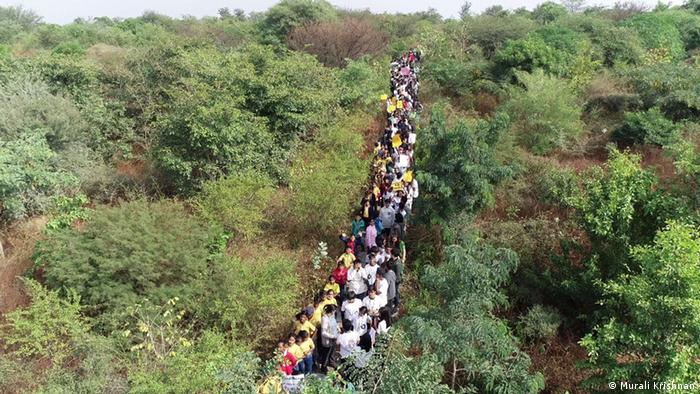 Residents of Gurgoan are attached to their park, they say, because it gives them respite from the noise and pollution of the city

A park that technically isn't

Residents claim the project proposed by the National Highway Authority of India (NHAI) and the Gurgaon Metropolitan Development Authority (GMDA) would impact about 20 acres of park, affecting surrounding wildlife and creating noise and air pollution.

And they're angry about it.

"We're all willing to leave the city if this forest is taken away from us," said Vasundhra, a local resident who helped develop the park. "We are that passionate about this area and place … It's a sacred lung, the only green lung of Gurgaon. So we can't see it go!"

Gurgaon has seen rapid growth in recent years, with the city becoming a financial and technological hub. More than 250 of the global Fortune 500 companies have either their Indian headquarters or other important offices there.

Not surprisingly, Gurgaon has become an urban sprawl of glass, steel and concrete high-rise offices, condominiums and malls catering to a burgeoning population of 2 million.

That has made the park all the more precious as an escape from noise and pollution, prompting residents to stage regular protests against the proposed road. In an attempt to assuage fears, Rao Narbir Singh, State Forest and Public Works Department Minister, has assured residents that he would appeal a rerouting of the expressway. 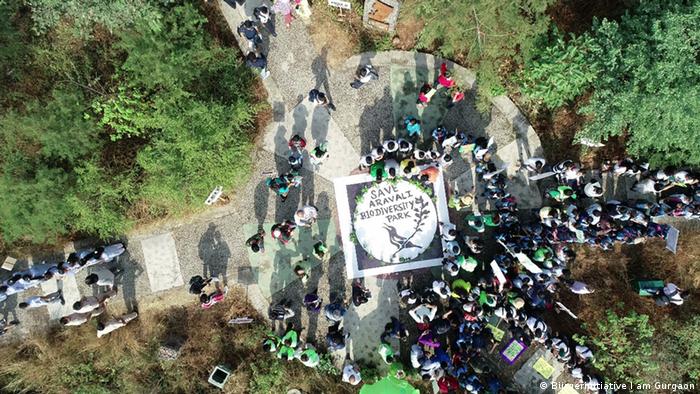 "I'll ask the highway authority officials if they can realign the road. We don't want any loss to the environment," said Singh after one of the protests.

But he has no real authority in the matter as the decision ultimately lies with the highway authority. NHAI did not want to comment on the project for this article except to say the road was still under consideration.

Part of the problem is that although the park seems official, it actually isn't. Establishing it was a grassroots effort and the green space is not an officially protected area or even a city or state park.

Legally it remains undesignated public land, which the NHAI says would ease Gurgoan's serpentine tailbacks that stretch for 2 to 3 kilometers at peak travel times.

Conflicts over the environment in India are not new. The country has a rich history of ecological justice movements, particularly on the part of forest-dwelling communities protesting development projects and restrictive colonial-era forest laws.

The tradition gained momentum with the Chipko movement in the 1970s, when indigenous women in Uttarakhand, a state in northern India traversed by the Himalayas, asserted their rights over trees to prevent them from being felled.

Rapid development and urban population growth across India has brought that fight to the big cities. Similar cases pitting development against ecology have played out in Mumbai and Bangalore as well as other parts of Delhi. 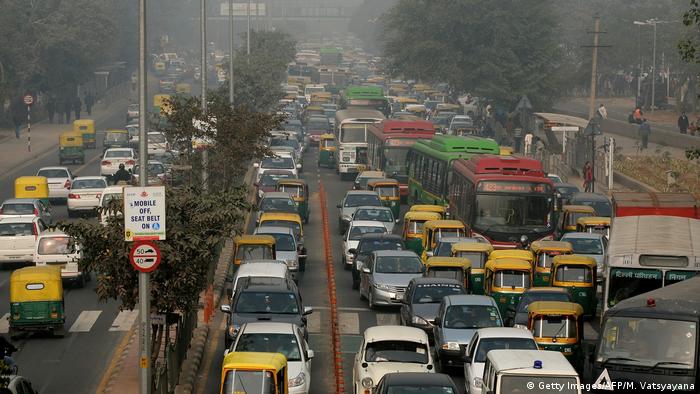 Zain Khan is an architect working with sustainable Delhi-based architectural firm SKDAS and who opposes the construction of the new highway. He believes it's possible to find development solutions that don't compromise the environment.

"We don't have to be in conflict constantly. And I don't think anyone minds a 15-minute extra drive for a few more kilometers, which skirts a forest if it's doing something sensible in the long run," said Khan.

But Shyam Kumar, a local lawyer who also opposed to the project, strikes a less conciliatory tone.

"It's ridiculous. It is actually state apathy at the least and state arrogance at the worst. This is a labor of love and it will be a great loss if this highway is bulldozed through."

A labor of love and a potential loss local residents will continue to fight hard to protect. Even if it means a long court battle ahead.