Fighting for clean beaches in Mumbai

Mumbai's beaches are covered in trash. While most people just complain, one man has set out to change that - and kicked off the largest beach clean-up project in the world. 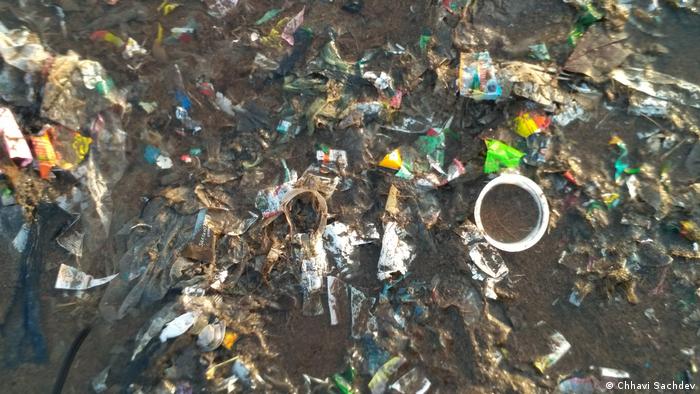 India has a coastline of more than 7,000 kilometers, but sadly, it's not all pristine beaches and stunning cliffs. In fact, for Mumbai's citizens, the shore is more like a landfill. The beaches are covered with trash -- colourful plastic bags, bottles and food packages are everywhere, often entangled in old fishing nets or rotting fabrics.

Most people are outraged by the situation, angry at the city government for not cleaning it up or at those who throw their trash in the streets or even straight onto the beach. But one man decided to stop complaining and instead, take matters into his own hands. Literally.

During the week, 36 year-old Afroz Shah is a constitutional lawyer in Mumbai's high court. But on the weekends, he cleans up the beach. It all started two years ago when he moved to an apartment with a view of Versova beach in Mumbai. He had lived in the same neighborhood as a child and played on the beautiful beach, so was excited to move back there.

"I am an ocean lover," he says. "Being near water bodies gives me peace, it makes me happy." 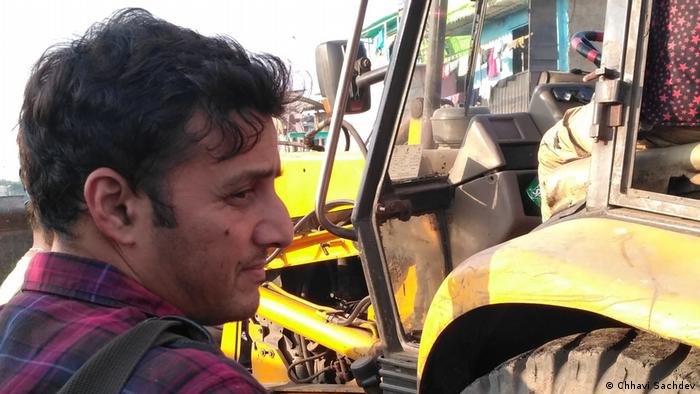 Afroz Shah getting the tractor and excavators to where they’re needed on the beach.

But, the view from his windows wasn't at all what he had expected. "Near the jetty, there were walls of garbage standing five-feet tall," Shah said. He found that going for a stroll was an unpleasant experience. "My beach not only has plastic, it also has organic filth because untreated sewage is being thrown into the sea. It's full of muck and organic filth and when it's tied up in so many things, it sinks into the sand."

Be the change you want to see

Shah was undaunted. Adopting Gandhi's philosophy of 'be the change you want to see' he started what he called "Shram Daan, which means you volunteer to labour, you labour for your country." An 84-year-old neighbor agreed to join him.

That first morning, the pair went down to the shore with plastic garbage bags and flimsy surgical gloves to collect the trash. People stared at them. "Some people laughed at us, some people asked, 'Why are you doing the government's job?'" he recalls. Old hands: The after-school NGO Dhai Akshar brings kids from the slum just south of the beach. These boys are the most regular volunteers.

Others suggested he file complaints or sue the government. Shah simply continued. That day they filled two large bags with trash off the beach. Slowly, more people started to join them. Today, up to 300 people come to clean every Saturday and Sunday. Their support has turned Shah's labour of love into the biggest beach clean-up project in the world. For his dedication to this herculean task he has even been named UN Champion of the Earth.

"More than 80 percent of trash in the water comes from land," says Doug Woodring, co-founder of the Ocean Recovery Alliance.  "If we keep feeding the ocean with our waste, it will keep sending it back to us with the tides and wind."

Globally, eight million tons of plastic enter the ocean each year, mostly in the form of packaging material, bottles, cigarette butts. "The global plastic production has doubled over the past 15 years, amounting to more than 300 million tons per year," says Gerhard J. Herndl, professor and chair of aquatic biology at the University of Vienna. "A large fraction of this plastic is not recycled but is dumped into the environment."

According to the NGO ecowatch, approximately one garbage truck of plastic makes its way into the ocean every minute. 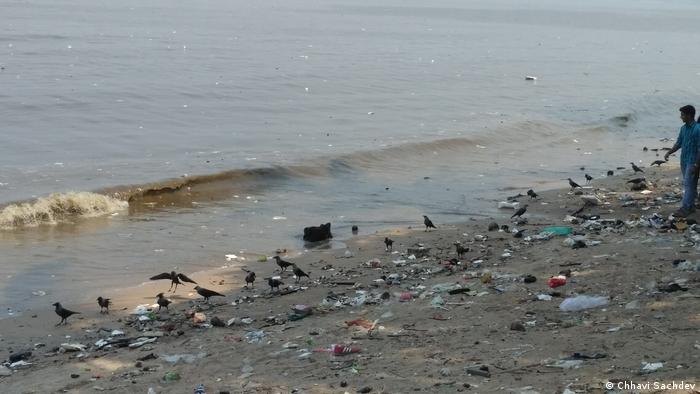 Only a few hours after clean up, the beach already has plastic on it.

"The problem with plastic is that it does not go away, and any animal, on land, sea or bird, will eat it if they can fit it in their mouth, if it has the smell of food or algae on it,” says Woodring. "This does not mean they will all die, but it does mean that toxins can easily make their way into our food chain, particularly when the smallest animals and filter feeders are also eating it."

While much of the trash on Mumbai's beaches comes from the ocean, plenty is generated by the city's inhabitants themselves. So Shah's second goal was to raise awareness about single-use plastics by involving the community.

"Cleaning up beaches from plastic litter certainly is first a way to make the beaches more attractive again for recreation, but more importantly it generates awareness to not discard plastics in the environment and to not litter," says Herndl.

On Versova beach, kids and adults, rich and poor now work shoulder-to-shoulder to pick up discarded plastic, seeing for themselves the impact of their disposal.

Shah and the volunteers have already collected more than 7,000 tons of trash and the city government now sends excavating equipment and tractors to help transport the plastic to the local waste segregation site, where anything recyclable is taken out. 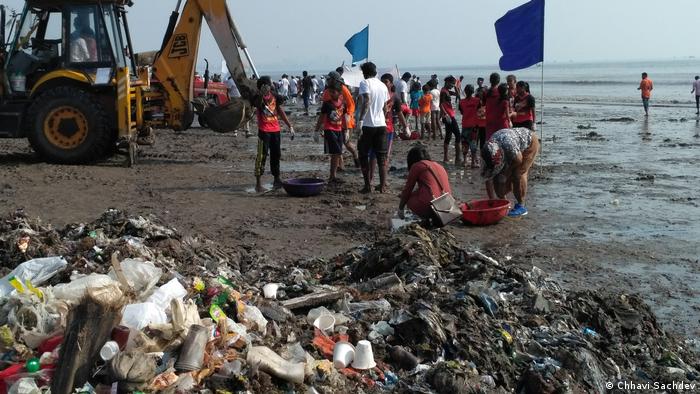 The mound of trash in the foreground will be transported by tractors to the waste segregation center. The excavator helps unearth some of the plastic that's burrowed into the wet sand.

"Every weekend we clean, and every weekend the beach is dirty again. But we don't get discouraged," says Nilofer Kazi who joined the volunteers a year and a half ago. "There were layers of garbage before, and we can see we are making a difference.” At home, she has now started sorting and separating wet and dry waste and she counsels her neighbors to stop using single-use plastic.

In between his court appointments, Shah conducts outreach workshops in colleges and schools; NGO's invite him to talk about the impact of plastic and littering.

"That's why I love when small kids come up to me and say, 'today there was too much plastic, it's not good, is it?' Then I feel, my job is done," says Shah. "They've understood there's a problem. They'll learn to handle it."

Euro 2020: Austria see off North Macedonia with a touch of Bundesliga class