Erling Haaland has agreed to join English champions Manchester City. Haaland's performances for Dortmund have been spellbinding and the club are left with the impossible task of replacing one of Europe's finest players. 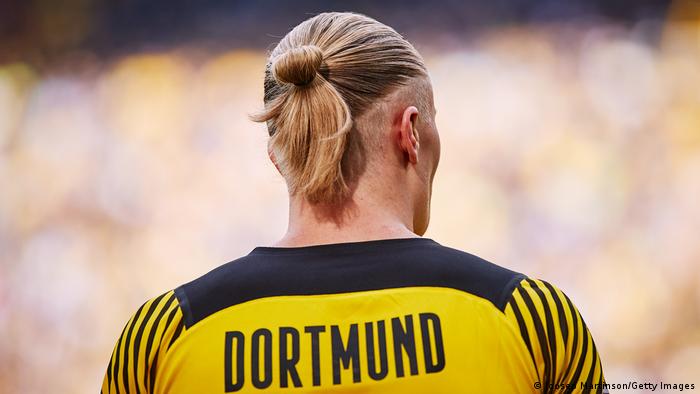 Erling Haaland scored almost a goal a game in the Bundesliga

Erling Haaland's home debut was a memorable occasion; an entire stadium leaning in to catch a glimpse of a teenage superstar in the making.

Dortmund's opponents that Friday night two-and-a-half years ago were Cologne, and of course Haaland scored twice —  both in front of home fan stronghold the Südtribüne — the second from a seemingly impossible angle.

His maiden home game had followed a sensational debut hat-trick at Augsburg six days earlier, scored within 23 minutes of coming off the bench. He scored two more in his third game against Union Berlin, making it seven goals in less than two hours of football.

His unconventional build, sense of timing and relentless goalscoring prowess were simply too much for Bundesliga defenses to handle. His numbers in black and yellow are just staggering: 28 goals (and counting) in 29 games this season, 41 in 41 last season, and 16 in 18 in 2019/20.

It's a scary thought, given that when injuries haven't held him back —  he's missed 16 games this season through injury —  he's been unplayable. It's when the spotlight is shining brightest that this big-game player has made the greatest impact. His double against PSG in 2020 raised the roof at Westfalenstadion as he announced himself on the biggest stage with a red-hot performance against a European heavyweight in the Champions League. Haaland's home and away heroics against Sevilla sent Dortmund through to the quarterfinals in 2020-21 too.

And in the 2021 German Cup final, Haaland was clinical. He and Jadon Sancho scored two apiece against RB Leipzig, bringing major silverware to the club for the first time in four years. It was one of the last times Haaland and Sancho would play together, with the pair so effective for Dortmund but soon to be on opposite sides of the Manchester divide.

In a little over two years, Haaland has elevated himself from the 'next big thing' to the complete striker by the age of 21, proving his talent beyond any doubt. Unfortunately for Dortmund, he has outgrown them at pace. 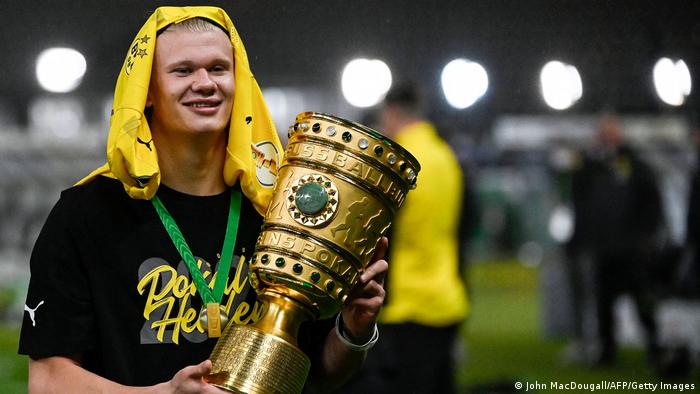 Haaland won a German Cup with Dortmund in 2021

"The initial emotion for Dortmund fans is relief, given the way this became a transfer saga," Stefan Buczko, presenter of the Yellowwallpod podcast, told DW. "Had Haaland said half a year ago that he would go, they would have been fine with it. But it dragged out endlessly.

"Haaland's release clause meant that there was never an emotional edge. There was never really any football romance involved in this affair," Buczko added.

Haaland's next stop will be the English Premier League with champions Manchester City, the club where Erling's father, Alf-Inge, spent the final three years of his career, until 2003. England is also the country of Erling's birth.

It is widely reported that the fee for Haaland is €60m ($63m), not the €75m release clause first reported. Whichever sum is accurate, the deal looks a better one for City than Dortmund given his market value is reportedly around €150 million.

But Dortmund knew the deal when they signed him and agreed to a relatively low release clause which was engineered in 2019 by Haaland's agent, the late Mino Raiola. He mapped Haaland's path from RB Salzburg to the big-time, with Dortmund merely a stepping stone to a blockbuster move a couple of years later - Dortmund were a willing partner. Raiola's plan has worked a treat for Haaland, even if Raiola himself didn't live to see it come to fruition. 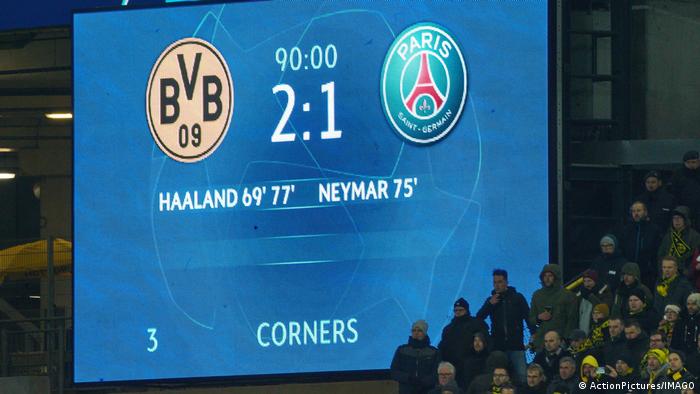 Haaland announced himself to the world with this performance

How much is Haaland's City deal worth?

This won't be a cheap deal for City, despite the relatively low transfer fee for one of football's most sought-after players. The Norwegian's salary, a reported €400,000 per week, and his significant bonuses and agent fees could cost City close to €250 million by the end of Haaland's five-year deal.

On paper, everything points towards a perfect move for both Haaland and City. However, it could end up being a complicated one for Haaland. He will be playing under a coach in Pep Guardiola who is famously averse to strikers, often preferring a more diminutive attacking midfielder — Phil Foden or Bernardo Silva, for example — to operate at his team's apex. It was for this reason that City's record goalscorer, Sergio Aguero, never quite fit the Guardiola blueprint.

Haaland is younger though, and a player who offers something every coach desires: a boat-load of goals. For City, he could just be the signing that makes them unstoppable. Dortmund, meanwhile, are left only with the memories and the challenge of another crucial rebuild. But replacing Haaland will surely be impossible.

As Bayern seek to extend Robert Lewandowski's contract, the striker has a shot at breaking his own Bundesliga scoring record. Jasmine Baba explains why he continues to perform at a world-class level despite his age.

Euro 2020: Perpetually written off, Thorgan Hazard is forging his own path

Thorgan Hazard has spent most of his career in the shadows, first of his brother and then of Jadon Sancho. Given his performances for Belgium at Euro 2020 and Sancho's Dortmund departure, this could be Thorgan's time.