RB Leipzig's Julian Nagelsmann had hoped to end his tenure with a triumph ahead of his summer move to Bayern Munich. Instead, his team was dismantled by a hungrier, more ruthless Dortmund. 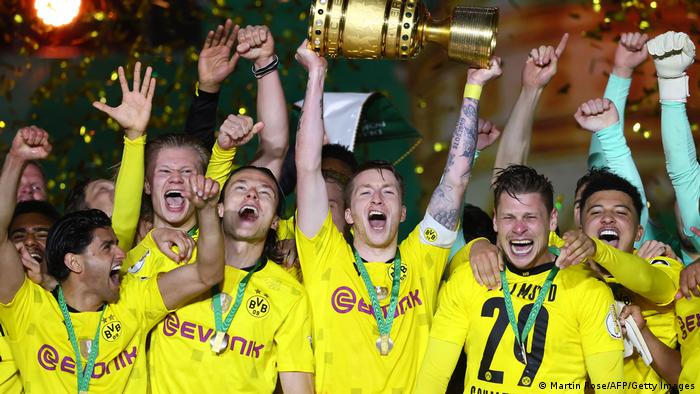 In the hours before kick-off in the 78th German Cup final, RB Leipzig head coach Julian Nagelsmann received a message of encouragement from his new employers in Munich.

"I have to admit, I’m partial," said Oliver Kahn. "Winning the cup before you come to Munich isn’t such a bad idea."

Bayern CEO Karl-Heinz Rummenigge was also happy to take sides. "He hasn’t won a title yet, and I know from experience, coaches want to win titles," he said.

Dortmund’s Edin Terzic, though, was also a coach out to win titles. And so were his players. And perhaps the intervention of the non-combatant Bayern bosses served only to motivate the wrong side.

Dortmund certainly looked fired up. Spearheaded by the tireless Erling Haaland — whose determination to impress himself on the game was evident in his every move — they grabbed the Red Bulls by the horns right from the whistle. Sancho’s opener in the fifth minute was the culmination of an attacking move that buzzed with energy and intent.

Still, it was a move that Nagelsmann’s men might have seen coming. Leipzig’s failure to deal with the man who, only five days before, had single-handedly downed them and handed Dortmund a much-needed victory in the league, raises some fairly serious questions.

Questions like, why didn’t Leipzig see it coming? Why were they — the best defense in the league — unable to get tighter to the man who they knew to be so lethal? And why was the oh-so-innovative tactician on the sidelines unable to come up with a solution for the most obvious danger his side faced?

The brute force of Erling Haaland — who dumped Dayot Upamecano onto the ground before turning and slotting past Peter Gulasci — made the second goal possible. The third on the stroke of halftime was different.

Upamecano sought his revenge, flying into Haaland on the halfway line. His efforts earned him a yellow card, but failed to stop Dortmund's advance. Reus carried the ball forward before squaring to a waiting Sancho.

As he gratefully slotted home, the Dortmund delegation erupted into boisterous cheers, which echoed around the empty expanse of the Olympiastadion — an intimate taster of the explosive celebrations that might have been.

The halftime introduction of Yussuf Poulsen and Christopher Nkunku gave Leipzig an edge they’d been missing.

But it was too little, too late, and above all served to emphasize the gravity of Nagelsmann's first-half errors. Neither Dani Olmo’s surprise wonderstrike nor Haaland’s second at the end of an exasperated counterattack would make any real difference to anything but the scoreline. The real damage had already been done, the decisive blows long since struck.

Dortmund have finished an up-and-down season with a serious, if somewhat surprising, flourish. Terzic has quietly guided his best players back to form, and his own stock as a coach has undoubtedly risen as a result.

For Leipzig, two finals in two years have now both ended in comprehensive, deserved defeat. And for Nagelsmann, and by extension for Bayern, the signs are even more concerning.

"Dortmund did a lot with not many chances and we didn't do much with many chances. I don't think we were worse than the opposition," Nagelsmann said afterwards.

Granted, the RB coach came up against exceptional talents in Sancho and Haaland, but at the highest level, exceptional talents abound: they’re no longer the exception. Rummenigge and Kahn have long known how to deal with that challenge. If their new coach Nagelsmann is to succeed, he too must learn — and fast. 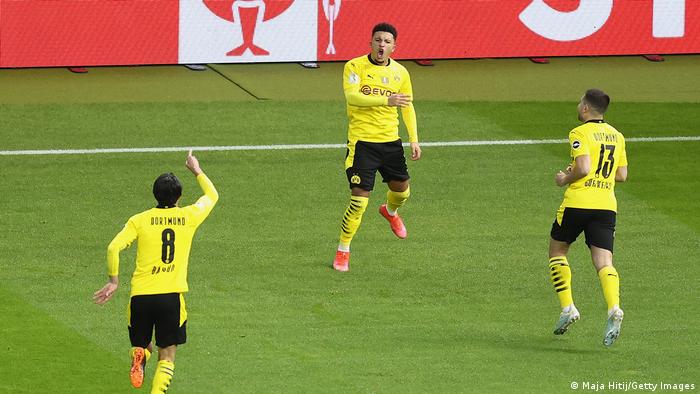