Euro 2020: Perpetually written off, Thorgan Hazard is forging his own path

Thorgan Hazard has spent most of his career in the shadows, first of his brother and then of Jadon Sancho. Given his performances for Belgium at Euro 2020 and Sancho's Dortmund departure, this could be Thorgan's time. 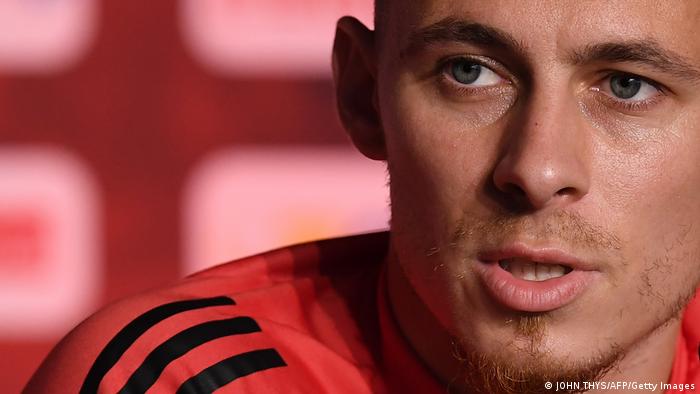 Thorgan Hazard is finally ready to forge his own path. For his club, for his country, and for himself

Thorgan Hazard may be the less celebrated of the Hazard brothers, but it was his sumptuous strike against Portugal that not knocked out one of the pre-tournament favorites and ensured Belgium's progress into the quarterfinals. A mouth-watering contest with Italy awaits, with a place in the final four at stake.

Hazard has been quietly going about his business at this tournament, scoring twice so far and playing the full 90 minutes in three of the four games so far. He was rested in the final group game against Finland, at which point Belgium had already qualified.

But quietly going about his business, with the minimum of fuss but the maximum impact, is exactly what Hazard does. Blessed with speed and quick feet — much like his more famous older brother Eden — Thorgan also scores crucial goals. And a lot of them, for both club and country.

While Eden was a prodigy at Lille before becoming a superstar at Chelsea, Thorgan took a different path, signing for Lens rather than Lille, who had also wanted to sign the younger Hazard. "My parents preferred me not to be at the same club as Eden to avoid comparisons," he once said. 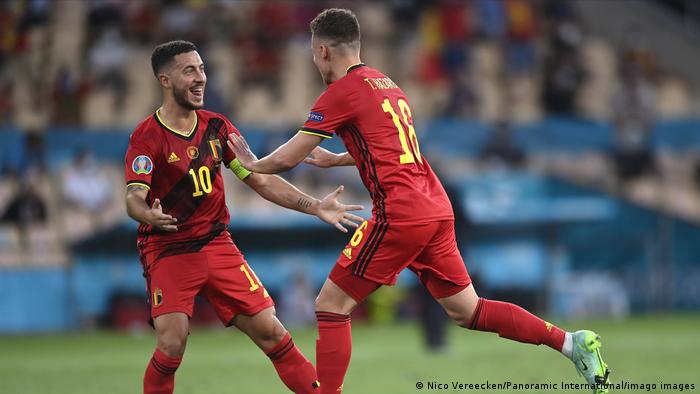 Eden Hazard, left, is the first to congratulate his brother Thorgan following his sensational winning goal against Portugal

However, the Hazards both signed for Chelsea in the summer of 2012. While Eden arrived with a big reputation and for a sizeable fee, Thorgan's arrival was more muted due to his lesser experience. From early on, Thorgan had to defend his move to Chelsea.

"Of course, it helped that Chelsea also signed Eden, but it is not like they just sign every player's brother. Frank Lampard and John Terry's brothers never played for Chelsea," he said. "They signed me because I showed potential. They had to pay Lens a transfer fee to get me. And they were right. I might not be following the same path as Eden, but I am improving step by step."

While Eden went on to become a Chelsea legend, Thorgan made only one Premier League appearance and had to forge his own path away from England.

It's been in Germany that Thorgan has fulfilled his potential, first with Borussia Mönchengladbach, for whom he made just under 200 appearances between 2015 and 2019, clocking up 46 goals and 44 assists, and showing that he was more than just Eden's brother.

Eden has sympathy with Thorgan constantly being compared with him, and has often praised his little brother's strength of character.

"I don't think it's easy to be compared to your big brother every day just because he has already done some good things in football," the Real Madrid forward said.

"He deserves more praise than me because I think it's harder for him, because everything has come to me quickly, I played some good matches early in my career. He has always had to contend with, 'He's the brother of Eden … .' Now he has made a first name for himself in Belgium."

It was while at Gladbach that Thorgan started to make his mark for his country too. He will win his 39th cap for the Red Devils when they face Italy in Munich, having become a crucial cog in Roberto Martinez's Belgium machine. 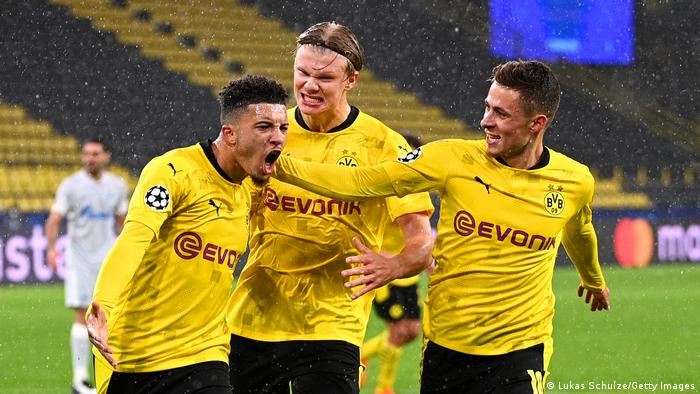 Hazard, right, joined Dortmund in 2019, but his impact has been limited by injuries and the form of Jadon Sancho, left

Hazard got his big move to Borussia Dortmund in 2019, when Christian Pulisic was sold to Chelsea, somewhat ironically. Injuries have held him back in Dortmund, but so has the presence of Jadon Sancho.

Just as Eden had cast a long shadow over Thorgan's early career, the English sensation has largely ensured only a peripheral role for Hazard at Signal Iduna Park.

But with Sancho now leaving for Manchester United, Hazard may finally have some open road to show new Dortmund boss Marco Rose, who extracted the best of him in Mönchengladbach, that there is life after Sancho at Dortmund.

He may already be 28, but Thorgan is finally ready to forge his own path. For his club, for his country, and for himself.