The UN Human Rights Council regularly accuses Eritrea of large-scale human rights abuses. Yet the regime in Asmara was accepted as a member and now even chairs the world's top human rights body. 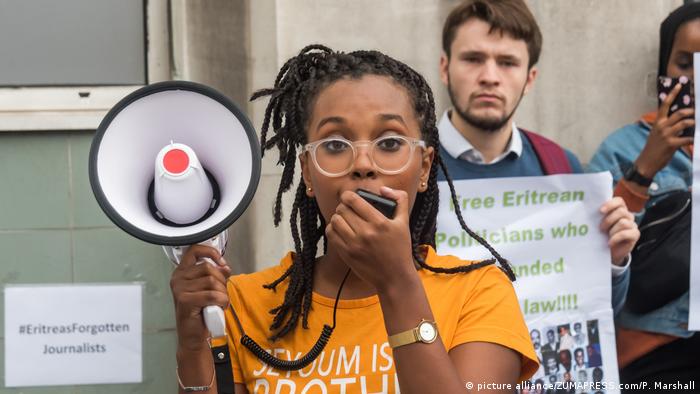 The human rights situation in Eritrea is in focus at the 41st regular session of the United Nations Human Rights Council (HRC), under way in Geneva until July 12.

A particular point of controversy is the extension of the mandate of the UN envoy tasked with monitoring the Horn of Africa country.

Sheila Keetharut was appointed UN Special Rapporteur on Eritrea in October 2012. The former Mauritian human rights activist recorded regular reports of human rights abuses in Eritrea. Despite repeated requests, however, she was always denied access to the country.

"This sitting of the UN Human Rights Council is leaning at the moment toward not extending her mandate, because there is now a peace agreement between Eritrea and Ethiopia," Wolfgang Schreiner, an Eritrea expert at the German branch of Amnesty International, told DW.

"Amnesty wants such a mandate to remain because it is known that nothing at all has changed with the human rights situation in Eritrea." 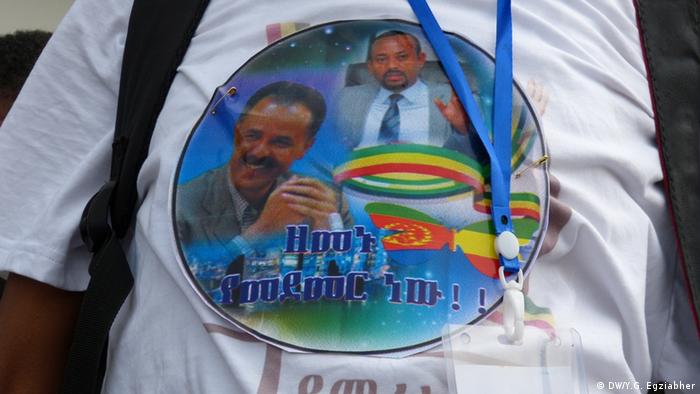 Human rights organizations continue to describe the situation in Eritrea as "worrying." Despite the end of the state of warwith its neighbor Ethiopia, the country is still quite sealed off and the degree of political and civil freedom very limited. Human Rights Watch (HRW) and Amnesty frequently report cases of torture and arbitrary arrests.

For those with inside knowledge of international diplomacy, it was not really a big scandal when in October 2018 Eritrea was elected as member of the HRC by the UN General Assembly. Also included among the new members of the Council were other countries with poor human rights records: Cameroon, Somalia, Bahrain, the Philippines and Bangladesh. The Geneva-based HRC – the main UN body for the promotion and protection of human rights – also counts China, Saudi Arabia and the Democratic Republic of Congo among its 47 member states. Membership lasts three years and 18 seats become free at the turn of the year. 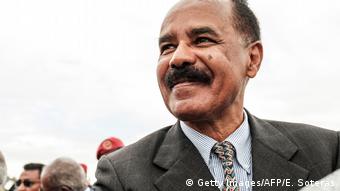 Isaias Afwerki has been Eritrea's president since independence in 1993

An Amnesty report dated 27 June 2019 says the Eritrean government defames and threatens human rights defenders – not only in Eritrea – but in other parts of the world too, including the Netherlands, Sweden, Britain, and also Kenya.

The government in Asmara often accuses the large Eritrean community in Kenya's capital Nairobi of wanting to sabotage it, or even overthrow it, says Schreiner.

"And then it happens quite concretely, that, for example passport extensions for Eritreans living in Kenya are no longer processed." That is just one means of harassment, says Schreiner. "And because of that many Eritreans in the diaspora shy away from openly coming out against the ruling People's Front for Democracy and Justice (PFDJ) party."

"Activists who have fled abroad are attacked by government representatives and supporters of the ruling party, defamed and threatened by its militant youth wing in particular," says Clara Braungart of Amnesty International Germany. "Amnesty's latest report details, among other issues, how government critics are threatened in person and via Twitter and insulted, or assaulted. Some receive death threats. One young woman who had campaigned for human rights in Oslo received threatening phone calls for weeks and was subjected to a social media smear campaign. Even the UN Special Rapporteur Sheila Keetharut was verbally attacked by Eritrean diplomats." 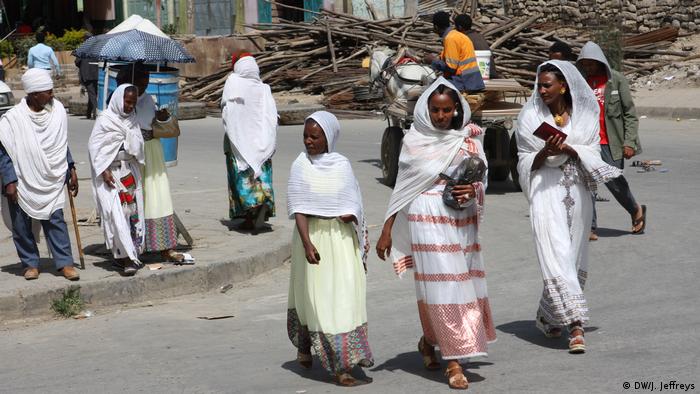 In June 2019, relations between the state and churches in Eritrea escalated. The charity Kirche in Not (Aid to the Church in Need) in Germany said soldiers had occupied 21 Catholic-run clinics and health facilities. In some instances, clinic staff refused to hand over the keys but the soldiers forced their way in.

"It is not only the security and livelihoods of our staff that is at stake, but also that of many patients who found refuge there," says Tobias Lehner, the public relations officer for Kirche in Not. "As far as we know, most of them were really thrown out of the beds and are now on the streets in need of help," he told DW. The charity has long been supporting the affected clinics financially.

Eritrea's four Catholic bishops have now sent a letter of protest to Health Minister Amna Nurhusein, in which they criticize the action against the facilities as "deeply unjust."

"Every year, thousands of people are driven out of Eritrea because of human rights violations," Lehner told DW. "I can imagine that when an area as key as health care comes under attack, additional motivation to escape is created."

Eritrea: 25 years of independence but still not free

Once seen as a beacon of hope, how did Eritrea earn its name as the "North Korea of Africa?" With an authoritarian government and a young population leaving in droves, how far has Eritrea come? (24.05.2018)

Eritreans against a refugee status in Ethiopia

The sudden peace between Ethiopia and Eritrea and the opening of their border (which now has tight restrictions), sent waves of hope and optimism throughout the two countries. But a new issue has arisen. (05.01.2019)