Some of the world's worst rights abusers already have seats on the UN Human Rights Council. The Philippines and Eritrea have been controversially elected to join the likes of Saudi Arabia and Egypt. 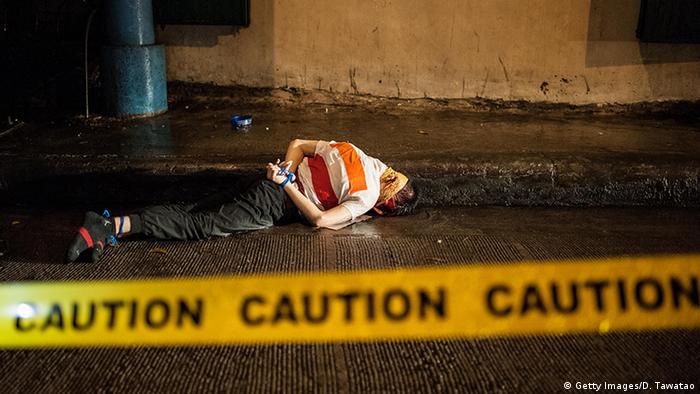 The Philippines, Bahrain and Eritrea were among the countries newly elected to the UN's Human Rights Council on Friday, drawing criticism from human rights groups and the United States.

Eighteen countries from five regional blocs were elected in an uncontested vote by the UN Security Council in New York to serve a three-year term in the 47-member council.

Human Rights Watch had called on UN members to oppose Eritrea and the Philippines because of their "egregious" human rights records. It also questioned giving Bahrain and Cameroon seats in the Geneva-based body due to "serious rights violations" in those countries.

Philippines President Rodrigo Duterte's war on drugs has killed more than 4,000 people since July 2016, according to official numbers. The real death toll is likely to be nearly 12,000 people. The government has rejected criticism of the brutal crackdown and harassed UN officials who have raised the issue.

Bahrain has a dismal human rights record and in Cameroon, government security forces have clamped down on the country's Anglophone region.

"Elevating states with records of gross human rights violations and abuses is a tremendous setback," said Amnesty International USA's advocacy director, Daniel Balson. "It puts them on the world stage, and moreover, it empowers them to fundamentally undermine notions of human rights that are accepted internationally."

For the first time since the council was formed in 2006, each UN voting region agreed in advance to put forward uncontested candidates, meaning they were assured a seat.

Human Rights Watch's UN director, Louis Charbonneau, said that the uncontested vote made a "mockery of [the] word 'election.'"

The United States withdrew from the council in June, calling it hypocritical and in particular citing bias against Israel.

Outgoing US Ambassador to the UN Nikki Haley said in a statement that the absence of standards in the council "demonstrates again why the United States was right to withdraw from it earlier this year."

Burkina Faso, Somalia, Bangladesh, India, Austria, the Czech Republic and Denmark were among the other countries elected to the intergovernmental rights body on Friday.

Some of the countries with heavily criticized human rights records currently on the council are China, Saudi Arabia, Egypt and Cuba.

President Rodrigo Duterte's murderous war on drugs has cost thousands of lives. After the killings of two local mayors, a ruthless police chief has made his name as a willing enforcer, Florian Neuhof reports. (18.09.2018)

In an interview with DW, UN Assistant Secretary-General for Human Rights Andrew Gilmour talks about the findings of the UN secretary general's 2018 report on reprisals against human rights defenders worldwide. (12.09.2018)